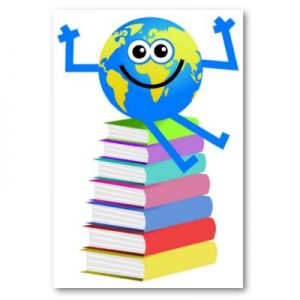 How does culture relate to globalization of markets and economics? Or how do the trends in the money market affect literature and language? These issues have surged to prominence in the current socio-economic and political scenario and should necessarily be addressed. Literature has always been subject to socio-political and economic pressures. The most recent phenomenon has been the emergence of the powerful post-colonial discourse writing back to the entire and asserting its own identity and cultural and national individuality. Literature of Post- colonial times reflected the increased flow of people from one country to the other – mostly to the land of colonizer and dealt with consequent issues like migrancy, hybridity, loss of identity, multi culturalism and disappearance of rigid national identities. Globalization hastened this process and resulted in the merging of cultural practices and increased marketing of culture through the influx of Macdonald’s and Pizza Huts in all metropolitan cities and through the celebration of special days like Valentine’s day, father’s day etc. The visible impact of globalization can be found in the metropolises across the world which have suddenly become cosmopolitan and multicultural. This is ‘neocolonialism’ making itself felt not through violent political strategies, but by slowly and quietly confiscating the market as well as culture. The one major difference is that unlike colonialism, this process is decentred. “It is in this context of globalized cultural regimes of new forms of domination and exploitation of multiple displacements and cultural alignments that new approached to culture and literature and new forms of writing and cultural practices emerge” (Nayar b)

With globalization English has acquired increased importance as a common lingua tranca for the global community. Prof. Micheal Zoolan of the University of Birmingham remarks: Political and economic power and a facilitative technology, are what cause a language to ‘go international’ and even begin to have a global status. On all those counts, English has repeatedly turned out to be the language in the right place at the right time(2001, 48)English mediated products naturally gained priority over non-English-mediated products. Writing in English and getting published by British publishers gave the writer an advantage over those writing in regional languages or being published locally.  The Diaspora writing from the west thus assume greater importance in the context of globalization.  The major English writers of most of the underdeveloped nations live in the west.  It is a case of the metropolis extracting not just culture, but even the producers of culture.  Many Indian English novelists like Raja Rao, Kamala Markandaya, Anita Desai, Bharati Mukherjee, Salman Rushdie, Amitav Ghosh, Rohinton Mistry, Vikram Seth etc. reside in the west.  Even those who live in India like Sasi Tharoor and Arun Joshi are products of different cultures, residing in one, educated in another, moving from one country to another, partaking of different cultures, presenting what Will Kymlicka calls a “multicultural citizenship” in a globalized world.(qtd Nayarb).  These writers are cosmopolitan in outlook and even celebrate in their writings the fluid condition of the hybrid possessing multiple identities and transcending national barriers. 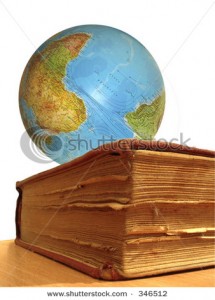 Valorizing of the in – between state of the diaspora is a common feature in the writings of critics like Homi Bhabha and novelists like Salman Rushdie, Vikram Seth, Hanif Kurishi etc. migrants to the First World belonging to less privileged classes (forced migrant labour) or Afro-Asian women who seldom enjoy the multi-cultural status of the educated elite are hardly visible in their writings.  Globalization has given rise to inequalities among writers within the metropolis projecting non resident Indian writers over those writing from home.  Quality is no longer the criterion by which literature is judged, but the money and hype it generates.  Arundhati Roy’s God of small things and Vikram Sethi’s A suitable Boy won world wide acclaim because of the money and hype they received.

Indian experience is the exotic raw material which is taken to the First World and processed there and the finished product receives much acclaim because it eaters to cosmopolitan taste.  None of these writers challenge the establishment of the First World.  Rohinton Mistry’s Such a Long Journey (1991) and A Fine Balance (1995) are about the Emergency and political corruption in India and do not malign anything Canadian. In the novels of Salman Rushdie, M.G. Vassanji or Selvadurai the setting is in India or the characters are drawn from the migrant community in their adopted land and their negative representation only helps to strengthen the white orientation of the Establishment.  Resident or local writers, however great their literary works, can seldom compete with the much – hyped products of this new class.  This is the kind of cultural neo-imperialism heralded in by globalization. 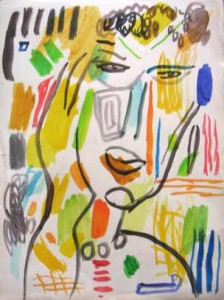 Among genres the tendency has been to prioritize fiction over poetry and drama.  Still inspite of a slump in the production of poetry in the last years of the 1990s, poetry has not dried up.  Poetry too projects themes of rootlessness, diasporic consciousness and a confident internationalism.  Younger generation of poets have no anxiety or guilt about the lack of centre.  Sudeep Sen’s anthology Lines Review (1996) includes a number of young Indian English poets like Chitra Divakaruni, Sudesh Misra or Hoshang Merchant who either lead a diasporic existence or travel widely, dividing their time between India and abroad.  They are the cultural elite familiar with the best in art, literature and culture across the world.  They are truly international. A typical instance is that of Sujata Bhatt who was born in Ahmedabad, India, moved at twelve to USA, married a German and started living in Germany.  She speaks of India, Europe and N.America as the three different worlds of her imagination and her works – Brunizen (1988), Monkey Shadows (1991) and The Striking Rose (1995) fuse different cultures, environments and perspectives, employ different linguistic variations and multilingual mixings (Gujarati, Hindi, Sanskrit, English, German and Spanish) She says”…I consider myself to be an Indian writer, but I like to think of myself as living in “the world” as opposed to in any one country” (“from Gujarat to Connection to Breunan” 1988,4)

Cyberspace that connects the world also contributes to the obliteration of national and geographic boundaries and fosters the new global culture owned and administered by companies in First World Nations.  Just as post-colonial discourse sought to make interventions into the homogenized territories of colonial culture, cyberspace too has to be “vernacularized” to use Prina Werbner’s expression (qtd Nayar 9)

The voices of resistance are not totally unheard or silent as Aravind Adiga’s The White Tiger (2008) more than vouchsafes.  Adiga’s protagonist Balram Halwai hails from the suppressed, under – privileged peripheries of Bihar.  His advice to the Chinese Premier not to buy American books to learn management is significant.  “Don’t waste your money on American books.  They are so yesterday.  I am tomorrow”(6).  The slumdogs have to make themselves heard through Indian writing in English in opposition to the voice of the cosmopolitan elite.  The local and the culturally specific can co-exist with the translocal and transnational only through such bold assertions.  Local traditions of knowledge that resist globalization, cultural nativism and notions of have and specific national identity need to be kept alive in Indian English writing, thus creating a post colonial space which will not be dominated or obliterated by cyberspace.

Kymlicka, Will: Multicultural citizenship: A Liberal Theory of Minority Rights NY: Oxford UP, 1995