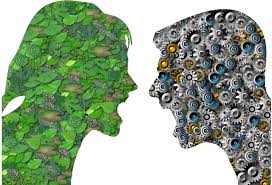 It is probably the most appropriate time for the third world countries to unanimously examine and reflect on the general approach to development as the people there are becoming the primary as well as prime victims of ‘exploiting’ growth agenda of development. Even though growth is needed, instead of blindly implementing western technocratic urbanized models of economic expansion, it is time to develop regional models of sustainable growth which will suit the long term requirements of concerned societies. Unfortunately, all the dominating growth models were completely based on excessive exploitation of all available resources for making the living standards of man to the highest without recognizing the volatility it creates on environment; and all of them were suited only to the unending growth of capitalist wealth and power. All these capitalist patterns of urbanized growth is not possible without cutting forests, plucking hills, stopping rivers or filling farm lands. In the other side, even the indicators of development were suiting to these molds of exploiting and plundering kind of development. Hence all those activities like forestation, river bank protection, mini power plants, mass transportation or nature friendly living styles were becoming something less than leads to development these days.

There were natural disasters throughout history but they were neither frequent not wide spread. Seasons were predicable then. Now even calamities are increasingly becoming unpredictable and affecting multiple regions simultaneously. Ecological contradictions like heavy rains and long summers, massive forest fires and growing deserts and rising sea levels and leaning rivers are increasingly becoming a reality. It is time to realize and recognize that we are in the midst of an environmental crisis.  If not, we, irrespective of differences in race, class or gender, all are likely to be environmental refugees, soon.

The environmental degradation due to developmental activities is affecting poor countries in multiple ways. The trans-boundary pollution due to various kinds and levels of economic activities in the advanced countries are more and more affecting the other countries in Africa or Asia. For instance, penetration of brown clouds into the Hindukush Himalayan region or pristine Bhutan is contributed by its neighboring countries India and China. These countries are becoming major pollutants in the world level too. Secondly, rich countries are shifting their polluting industries to developing countries. Plus poor countries are expanding their massive hub of polluting industries for ‘developmental’ purposes. In order to create the required infrastructure and social overhead capital for these industries, these economies need to utilize their land, forests, rocks, water and all other kinds of natural resources. As it leads to massive employment opportunities and enlarged growth rates, the local policy makers and other intellectuals call it economic advancement. In reality, it is nothing other than developmental suicide. And poor, in developing countries particularly, are suffering from these environmental catastrophes more than others.

One example from Kerala is very alarming. When only around 3000 families are homeless in this tiny part of India, there are more than 12 lakhs unoccupied but finished houses. Plus there were around 80 lakhs unoccupied shop spaces too. But, even today, construction is one of the major growing sectors of the state. Who construct these houses and for what purpose? In whose environmental cost the houses were finished? Do these house really posses any real economic value as they were not utilized at all for years? Whether these buildings carry a cost more than its face value? And, finally, are they environmental threats to the real development of the region?

Yes, they are. Each unused building is the unnecessary and irrevocable damage made on nature. Every building is rising with a package of roads, electric & water connections, interiors and others which definitely carry a multiplier effect on every other sector. It indirectly reaches to accelerated exploitation of natural resources as nature is the ultimate source in our universe. Hence all our action has an environmental cost.

But it is very evident that Kerala learned nothing from the Great Floods of two consecutive years as the state government decided to construct a South-North hi-speed rail corridor and a filling of mass area of sea for a container terminal both of which requires massive amounts of rock which demands quarrying in several mountains. Kerala is a bio-hotspot but developmental strategies of the state are not incorporating any of its environmental peculiarities.

The least developmental concerns are due to minimal people participation at the grass root level planning. Even though excluded deliberately, they are the ones who knew the neighbouring environment than distant experts. It must realize that the growing private market intervention in the levels of administration as well as policy making is manipulating environmental concerns of every region; as these private market managers are bothered only about profits, concerns like sustainable development or unequal developmental impacts over poor are never disturbed such growth strategies. They even discovered smart techniques for bypassing the existing minimum spirit of environmental protection through crooked ways as it will be difficult for grass root activists to counter. What we need to recognize is the fact that as the consequences of environmental destruction is not region-specific, the solutions to address them too require cross border co-operation and efforts. It is not only the regions near to equator, but most of the countries beyond tropical regions also are exposed to environmental issues now. Nature does not recognize manmade fences. 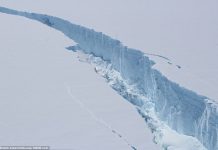 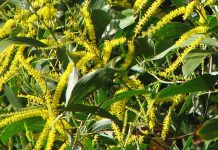 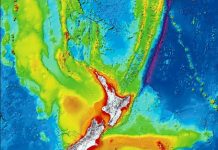