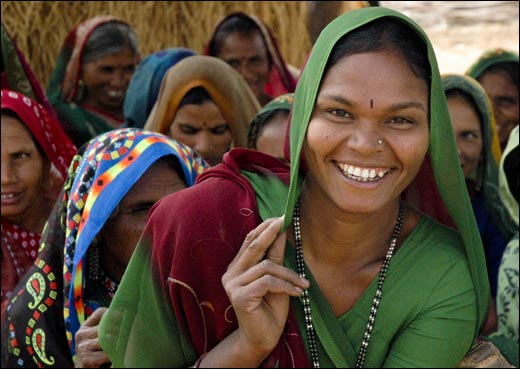 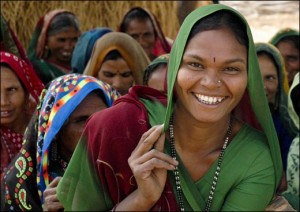 “Woman is the companion of man, gifted with equal mental capacities. She has the right to participate in very minutest detail in the activities of man and she has an equal right of freedom and liberty with him.” These words said by father of nation seems not reached an impasse till now. We have a psychological paraphernalia in our minds which always gives negative training to our intuition to think negatively about that positive entity (woman) which is made as equal and important as man. I used the word ‘positive entity’ to actually abrogate those negative perceptions and give a sensual equality between both of beauties made by god and to prevent a one sided view.

Now there are so many questions often comes to our mind. Why women have been considered as lower to men? Are all the men superior and dominant? Are all the preconceptions still proving themselves in modern societies? Why the women’s condition has worsened and still some are being pulled by nose by men who consider women as their ‘guardian of nose’? There are endless questions but the answer is only one ‘We are ‘reserved’. The reservation policies have their own vagaries and vicissitudes which have been prevailing around these reserved people.

There are so many men out there who always go into raptures while talking about women but hardly anyone shows respect to them. In Indian society , the roots of reservatism or conservatism are very deep. The preconceptions related to some ancient works made people dredged into these contemptuous thoughts relating to women. Tulsidas in one of his shaloks writes ” Dhol, gawar, shudra, pashu, nari, ye sab tadan ke adhikari”, meaning that “ animals, illiterates, lower castes and women should be subjected to beating . In contrary, a famous Sanskrit shloka (form of Hindu verse) signifies the status of women in that era, “Yatra naryastu pujyante, ramante tatra devta” meaning, “The place where women are worshipped, god themselves inhabit that place”. Indeed, Hinduism, Sikhism, Buddhism and Bhakti movements give respectable position to women. Rig Veda allows share in property to the daughter who resides for ever with her parents . It gives right to girls to choose their life partners or husband and bestow emancipation on them.

According to Mahabharata ,”The wife is half the man. The best of friends….the roots of the three ends of life, and of all that will help him in the other world. With a wife a man does mighty deeds…with a wife a man finds courage…a wife is the safest refuge…a man aflame with sorrow in his soul…or sick with disease, finds comfort in his wife…as a man parched with heat…finds relief in water…even a man in the grip of rage…will not be harsh to a woman…remembering that on her depend…the joys of love, happiness and virtue…for woman is the everlasting field…in which the Self is born.”

Though facts and figures are called as problem solving tools of social scientists, yet social scientists are always in dearth of a deep understanding of the intricacies in the form of values and traditional preconceptions which has already digged up in women’s mind also. Not all women can easily expatiate their problems with anyone. No one of us is ready to destroy the prejudices. Khap panchayats, purdah system, dowry, child marriage, Infanticide and humiliation of women still prevails in our society and can easily be seen in educated societies also. Governments have been claiming as quota and reservation system as their success towards empowerment of women. The perceptions of all intellectuals seems converged at ‘empowerment’ only. Why we conceive women as less empowered.? Answer is very simple, because we feel them so. But in reality, those already empowered needs more psychological empowerment. Women’s psychological forte is already proved by courageous women like Pratibha Patil, Kiran Bedi, Dr. Kiran Mazumdar Shaw, Neelam Dhawan, Indu Jain and many more.

The personality of every person is the reflection of his own ideas and these ideas are inextricably interwoven with the society . Indian society is recognized as rigid society which resists change. The caste system is one of the example. We cannot digest an idea of a marriage in which a boy needs to left his parents home after marriage. Why girls parents are made to suffer from these prejudices ? Why girls have to give dowry ? Why men enjoys all the independence? What thing is forcing us to follow these unscrupulous rules and preventing equality in our society? Indian mind is always in pursuit of answer to all these questions but all in vain.

Furthermore, The Indian society is made up of those men and women who are yearning for change , some are striving also but still many of them find it hard. We need change but we can’t initiate it. We need initiators in the form of educated and willing common persons , teachers, writers and artists who can work at the base and micro level and create awareness. We should emancipate our self from complete reliance on government policies and programmes. We have to instill a positive force in the society which could unearth the hidden powers and realities behind veiled women. In materialistic world , it is hard to convince people through idealistic things but we can mould the mind of youngsters through giving them opportunities of self enjoyment and learning coupled with a sense of service to the community and equality with fellow women. “There are two ways of spreading light .. To be the candle, or the mirror that reflects it.” Woman must not accept; she must challenge. She must not be awed by that which has been built up around her; she must reverence that woman in her which struggles for expression.