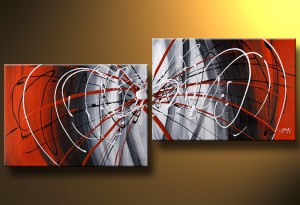 A long hiatus, it has been. It has been a while since I experienced life and quite a while since I have put out the outlook of life. Writing has been an exhausting process and getting exhausted once in a while is good for my creative health. I have always needed to “PUSH” that button of “if you know what you are going to write when you’re writing a poem, it’s going to be average”. So this essay (of the blog and the poem of life) would try not to be average.

There was this school teacher of mine; a sweet lady called Tina/Tina Miss./Mrs., who had already envisioned the most ideal remark anybody could write down on my Progress Report Card. Trust me, it defines Akarsha in a challengingly limited number of words. This was what she quoted, “Akarsha is just average. He always needs a push in whatever he does”. To this day it still holds the record of being the only positive remark on my progress report card. Completely feeling obliged and realizing the duty of satisfying the Newton’s Law of Motion which says “Every object in a state of uniform motion tends to remain in that state of motion unless an external force is applied to it.”

I was pushed down all the way until I reached the seventh grade. But this time there was a twist to the story. I had pushed the boundaries of my Mom’s anger (which made her take up the seventh grade exam this time seriously) and the impact was a percentage of 92.50. Hold on, I had faced the exam and by default the credits were automatically inherited by me. Then there was this magical moment. Suddenly, life seemed much more interesting. The society had seen (or it thought it saw) a phoenix rise from its ashes. The over glorified success provoked the society to come up with a new definition of Akarsha in their dictionaries. Akarsha- Definition: Average Suddenly Exceptional. Synonym: Overnight Craziness. It was a dangerous liaison and that’s when I decided to add my own Antonym to this sudden success. Antonym: Stop dreaming and be yourself. I had failed in the very first exam of Physics in my 8th grade. Vague images of Newton crying, my Dad (lawyer) concluding that this was a case of “Below Averageness” (if there is a word like that) the output of which cannot be judged even in the Supreme Court , the society worrying about the cost of reprinting this dictionary of mine every time, were the images of immediate trauma. Sticking to a true, soulful, absolutely emotional side of me I decided not to alter the version 1.0 of the dictionary throughout my high school days.

Unlike other schools my school was supposed to be a brand by itself, famous for producing the most number of distinctions in the state which implied that it could not tolerate below average souls like me. Parallel to this was my Mom, who was tired of telling everyone that I was not up to the standard. I also forgot to mention that I was the captain of a TEAM B cricket team. TEAM B was not equal to TEAM A because of its average performance. Now coming back to the average performance I still remained calm and in seemingly indifferent to success and was still proud of my achievements until there was this moment of life which rewrote destiny. This was one such incident which instigates the brighter side of me even today.

I was now among the chosen few to compulsorily attend special coaching classes handled by some of the exceptional teachers. The readers might question the ordinary nature and the commonness of these classes in every school. But my school essentially branded it “Low Achievers Class” and the name says it all. Coming out of the class on a hot afternoon, I went into a psychological turmoil introspecting me and my existence in the society. I had experienced the extremes of anger, hatred and self denial. A killer instinct had unknowingly rooted itself in me. Fueled by my Mom’s constant encouragement and utmost patience I was able to stay focused and had sensed the need of proving, proving something big to my school. Every day was constant study and continual replenishing of memory.

Proving the old saying that perseverance and focused efforts would always lead to success, I fared pretty well and was among the top scorers in the school with a percentile of 95. The “still hard to digest tone” of my headmistress who told that “ This is just a phase of Life, there is a lot to achieve” and her speech introducing me as one among the top scorers of the school still evokes a curiosity in understanding “Social Psychology”. With the academic success came a couple of honors and constant praise. Also it paved the way for developing in me a questionable ego and sadistic pride. But the positivity of the situation was after all, I had given the society what it needed, an above average “Brand Name”. However this trance did not last long. A supposedly below average performance in a competitive exam had brought in mixed reactions. There were people who showed above average concern for a below average performance and there were below average remarks from the supposedly above average class of the society which inscribed an eternal question: “Is the respect you get directly propo