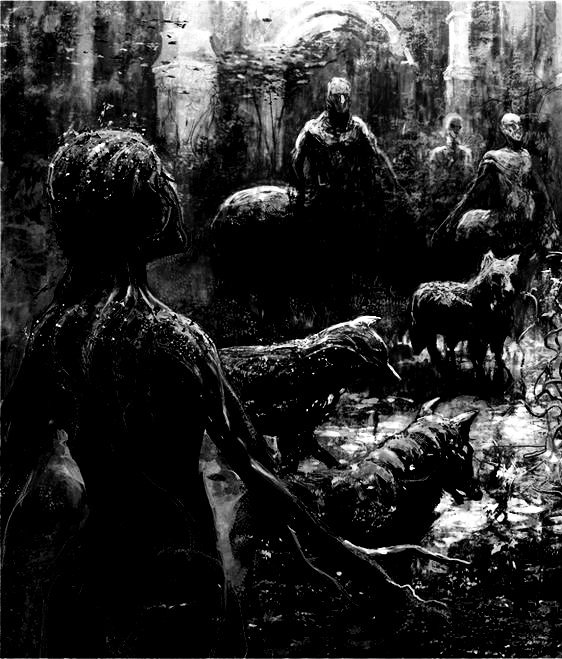 Every city, although it may seem metaphorical, has an exclusive memory to itself, a memory through which it sustains its life. And that memory comes from the cultural intelligence of the humans that inhabit it. That is the reason why any civilization is not about the remains of buildings and their architectures, but about the humans and their intelligence that created those civilizations. This is exactly why – although we appreciate the glory of past civilizations and their progressiveness (for example, that of the people in and the civilization of Indus-Valley) – we cannot go back and live in those times. Nor can we emulate the ideas or the intelligence with which those civilizations flourished, into the present times. Simply because, such people and the resources that they originally used are no longer available. Things of the past are invalid because they have been rendered obsolete through the complex evolution of time. For instance, we have to coalesce with the Nietzschean hypothesis that ‘God is dead’ and that it is ‘we’ who killed God.

Hyderabad, as it was rightly known ‘Bhagya Nagaram’ (city of prosperity) is dying with each passing day. People here and their leaders are ceasing to be the custodians of its memory. It is not just about the increasing rate of pollution and its impact on the city’s climate. This city is doomed. It is ‘drugged’ to say so in light of the recent scandal involving school children who have fallen prey to nasty drugs such as LSD. It is no surprise to me. In 2014, when I was speaking to a prospective student who was applying for graduate studies in America, he divulged to me that he abused LSD and that is quite common in Bangalore. A few days later, this student who received an opportunity to pursue MS from a reputed US University went on a bike trip to Munnar in Kerala, where on the way, he dashed into an old Muslim woman killing her instantly. The family of the deceased forgave this young man because they considered he had a promising future and because a road accident is a criminal offence that could paralyze his chances of studying abroad, whereas the deceased is but an old woman! I am sure this enterprising young man is on high and blue on every weekend in between his corporate servitude in America. I am not even interested in knowing what he is doing at present because we already know that he is ‘promising’.

My friend had recently returned from America because of Trumpophobia or whatever personal reasons or professional aspirations therein. After a week or so, she asked me if I knew where one can obtain weed in the city. She acquired this potting habit in America. When I argued with her over the abuse of drugs and that she does not need drugs to transcend the depression of modern existentialism, she merely brushed it off saying, “everyone does it, I do not think it is a peculiarity”. In an unpublished movie review which I did not disclose to its beholder, I wrote, “he is a regular drunkard and smoker of cigarettes, which he thinks is a fashion to rejuvenate the artistic mettle of a writer. He drinks to be able to write. I think that is a popular misconception that is destroying even gifted artists.” But to bring into question the classic debate of great poets, scientists, and other geniuses, who knowingly or unknowingly took drugs and paraphernalia, will go beyond the purview of this article and hence the understanding and misunderstanding of, interpretation, and or misinterpretation by mundane readers. What I mean is that the predisposition to write poetry or pursue some work of genius is in itself a predecessor to taking any form of addictive substances. Coleridge was a poet even before he wrote “Kubla Khan”. Proust was prescribed opium as a medication to relieve his asthma. In this discourse, I would take the stand that the obsession with art or the subject of pursuit is in itself a greater drug than any other. The modern day addiction that we find in cities like Hyderabad is more of a conformism to be addictive than a choice. It is, rather, an obligation or a duty that the millennial generation has asserted on itself. It is not a youthful hedonism, however.

Corporatism is a curse which Hyderabad cannot excuse itself from. The gradual doom of the city is scripted on the foreheads of employees in every inch of corporate spaces that systematically destroy traces of their intelligence and humanity with certainty and callousness. It is okay, if there is an unbiased and unapologetic corporate system in place. However, the corporate bosses and their HR managers rule over the creative capacities of their personnel with corrupted, self-serving, self-drumming, and bureaucratic evils that only second their counterparts in America. The pseudo-culture and relatively less intelligence of the people here is a direct result of corporatism and it’s larger, and far more dangerous twin, consumerism. As the great Italian poet, Pier Paulo Pasolini reiterated again and again, “I think that consumerism manipulates and violates bodies neither more nor less than Fascism”.

Although, technically, consumerism does not fully pertain to food and eating habits, it is good to begin understanding it with food. Consumerism creates products and services which we do not need. Therefore, an artificial demand is created for those products and services because a capitalist investment has already been made to produce them. Here, it is important to understand that the production of these ignores the existence of demand in and forcibly introduces them into the supply chain. There is increasing rate of obesity in Bangalore because of the excessive availability of tasty food in the restaurants and because the corporate employees there have virtually no time for cooking. The classic rule of corporatism as the indomitable avatar of the capitalist is to create imbalance and problems in the society and in turn work towards curing such imbalance and resolving such problems through charity. This charity is done for its own self-serving needs such as to relieve the burden of taxes. Its other aim, interestingly, is to exercise control on this entire system of organized victimization.
All of the school children who were caught using LSD belonged to families of high profile bureaucrats or parents holding high paying jobs in corporate companies. The schools they go to are some of the most prestigious institutions in the city. The corporate parents were found to rise from a lower economic condition to an affluent one and it is heartening to know that their children became vulnerable to drug abuse. The plausible reasons are many. Bad parenting, academic pressure in schools, contagious pampering with which these children were brought up, easy availability of money and gadgets, and so on and so forth might be some of the reasons. It is heartening to know that these children do not realize the efforts their parents expedite to meet ends. Plus, the children do not have sufficient play spaces in the city to engage themselves. Even if play spaces are available, they are simply not interested in playing games because of the electronic gadgets that they have access to.

The present Hyderabad, as we see and live in it today, is the result of the violent cultural and social repressive forces created by the present Telugu cinema industry which has long migrated from Madras state after the bifurcation of Andhra Pradesh. At least till the 1970s, the golden era of Telugu cinema flourished and after that except for very few movies that came out now and then, the Telugu cinema gradually lost its luster to its pathetic condition in the present times. The great revolutionary poet Sri Sri expressed displeasure in one of his interviews, “Cinema is the art form of the 20th century. When I entered the cinema field, it looked as though a writer could influence the film production. (This actually happened in Tamil Nadu). But it proved an illusion in Andhra.”

On the contrary, the uncontrollable commercialization of cinema in Andhra, with its epicenter in Hyderabad, has led to creation of several forces that are affecting the city of prosperity. Out of the Telugu cinema came prostitution and politics forming a vicious cycle that cannot be disturbed once set into course. These two forces, politics and prostitution are balancing each other. A political power, which is currently dormant, provided cover for the entire prostitution ring in the city. That is the reason why the sincere and more-than-life efforts of Sunitha Krishnan, the founder of Prajwala Organization, have always faced political intimidation in disguise of local goons and other political forces in disguise. However, Smt. Krishnan’s efforts are highly commendable. Again, here the same cinema industry itself issues honors on people who make a difference or contribute to social change. In other words, it is similar to creating an illness and inventing a temporary reprieve for it such that the illness itself is not entirely cured – so much like allopathic bacteria-static drugs that do not kill the bacteria but merely prevent it from reproducing further.

Now, it is no surprise that the drugs instance is invariably connected to its roots in the cinema industry. Had it been an Andhra Government in power and not a Telangana government (which is the case now), the drug scandal and its association with big names in the Telugu cinema would not have surfaced at all and instead, would have been neatly and entirely veiled and unreported. While the police and law enforcing authorities did a great job to create countermeasures, these are but temporary. Because it is indispensable to remove the causes and roots of these multi-dimensional problems. The long term solution, therefore, is to tame the idle minds of children by engaging them in productive activities which also provide reprieve for their agitating minds. The challenge for every parent is how they deal with his/her child’s adolescence. Not everything in the child’s life lies in its genetic code inherited from its parents. Therefore, to say that the child’s future is encrypted or inscribed in its genetic code is not entirely correct. No. Epi-genetics explains exactly how the environment that the child develops into influences its intelligence and life choices as a result. This is exactly the reason why Hiranyakashyap’s genetic code did not apply to Prahallada. However, for me, both the father and son are equally legendary in their own respects.

First of all, it is crucial to withdraw access to electronic gadgets for children unless if highly indispensable. Cultivating the habit of reading is one solution. The generations prior to 90s grew with books and letters and the stories that their grandparents narrated. Parents and teachers should impart to their children the taste that lies in reading. Reading is the only remedy for physical and mental ailments, no other medicine are necessary. It gives children intellectual independence to pursue their aspirations in their formative years and confidence to realize them in their prime. The dreams and aspirations that children conceive help them cultivate a sense of purpose and a responsibility that their lives are not limited to temporal pleasures the consequences of which are harmful.