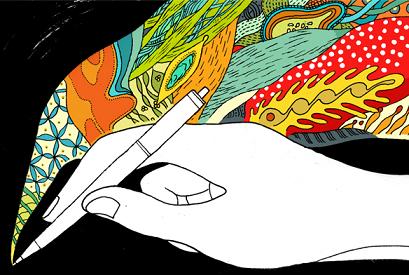 The English language has been so much a part of Indian urban life for well over a century that it is now difficult to imagine a life without it. English is a uniting factor during social interaction between people from different regions. This is especially true when it comes to daily life in office and on the various occasions which call for social interaction. It is usually the medium of conversation, and most often people get introduced to each other in English. A good proportion of official and personal correspondence is carried out in this language. It is a must in all schools and colleges, and parents consider it a necessity to send their children to English-medium schools so as to give them a good start in life.

With about 40 million people who use English, India boasts of the third highest number of English speakers in the world, after the USA and the UK. This number may account for a very small percentage of the vast population of India, but it is important to note that it comprises the creamy layer of Indian society.

Not only is English a unifying factor for people from different parts of the country but it also serves as a window to the world outside. In fact, the latter description would be an understatement. Owing to their proficiency in the language, countless Indians have been pursuing highly-placed careers in America and the UK. In recent decades, American companies have been outsourcing their jobs to India owing to the high level of English spoken by the youth here.  Call centers have been mushrooming all over India. They have become highly popular with western companies owing to their language skills and their tech-savvy professionalism. Even companies based in China prefer Indian professionals not only for their proficiency in English but also for their Asian background.

Though English may be the language of the upper crust of society, it is extensively used in mass communication. It has established its dominance both in the print media and in broadcasting. A good majority of the newspapers are published in English. Courses on journalism are offered almost entirely in English. The web space is more or less dominated by this language. 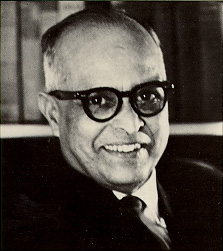 India occupies the third position after the US and the UK in producing books in English. The country can boast of a profusion of authors who have made their mark in creative writing in English despite its being a ‘foreign’ tongue. English has however mingled with the Indian languages and has acquired a distinctive quality of its own. Indian stories in English reflect a very regional flavor. R K Narayan’s Malgudi Days for instance would give the reader a peek into the simple life of the early 20th century South India. Indian short stories based on the Partition depict the tragedy of those times. Indian authors in English have not only received world-wide recognition but also helped to acquaint the world with this country through their works. 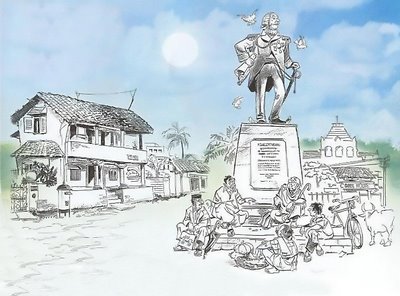 The establishment of British rule in India saw the introduction of English in India; hence it heavily influenced the way the language had evolved in this country. The regional languages in turn enriched English with their contributions. English has borrowed heavily from regional idioms and phrases and these have even made their way into the Oxford English Dictionary. The recent years have also witnessed the growing popularity of American English especially among the young.

English-language stories for children reflect Indian realities. During the fifties and sixties books by Enid Blyton and other western authors were most popular. Children were familiar with characters from western books such as Noddy and Big Ears. They used to enjoy the adventures of the Famous Five and works like Grimms Fairy Tales. But during the following years there had been a shift towards stories which reflect Indian culture and way of life. Children’s magazines like Champak and Chandamama which were around during those decades, depicted stories from Indian history and the epics. But it was the Amar Chitra Katha series which captured the imagination of the young readers. Children could quickly understand the historical tales and the epics which were narrated in comic book format in these publications.

Each regional language has influenced English in terms of accents and the way it is spoken. For instance, a visitor to Kerala would at first be foxed by the SIMBLE English spoken here. The ‘boss’ becomes  ‘bose’ over here and a non-Malayali  official may take quite a while to understand that the term in question only refers to his position in office and that in no way has he been renamed as Bose.

The other states too do not lag behind when it comes to heavily accented pronunciations. A Rajasthani doctor working in a hospital in Kerala told his patient that he would have to ‘taste’ (test) her urine sample before diagnosing her illness!

Wrongly spelt words too add their brand of humor to the language. Instances have been quoted of beauty parlors advertising ‘dying’ as one of their services and bakeries listing vegetable and meat ‘pups’ (puffs) among their delicacies. Another one which takes the cake is a board outside a restaurant in Bangalore displaying its menu. Among the list is ‘Chinese: Main Curse’.

One cannot also miss mentioning the diverse and delicious ‘foot-in-the-mouth’ episodes narrated in various blogs .The following quoted instances would definitely leave the reader in splits:

A candidate responds to an advertisement for a typist and an accountant, either male or female, “As I have been both for the past several years, I can handle both.”

Then there is the instance of an employee whose leave application ran thus, “Please grant me half day’s leave as I have to go to the crematorium and I may not return.”

Traffic signboards can also be literary masterpieces. There is one in Kochi warning the motorcyclist that his head could be made into an omelet if he did not wear a helmet.

It would be fascinating to see the various developments of this language in this country. The multiple roles that English has come to assume in India are certainly worth an intensive study.