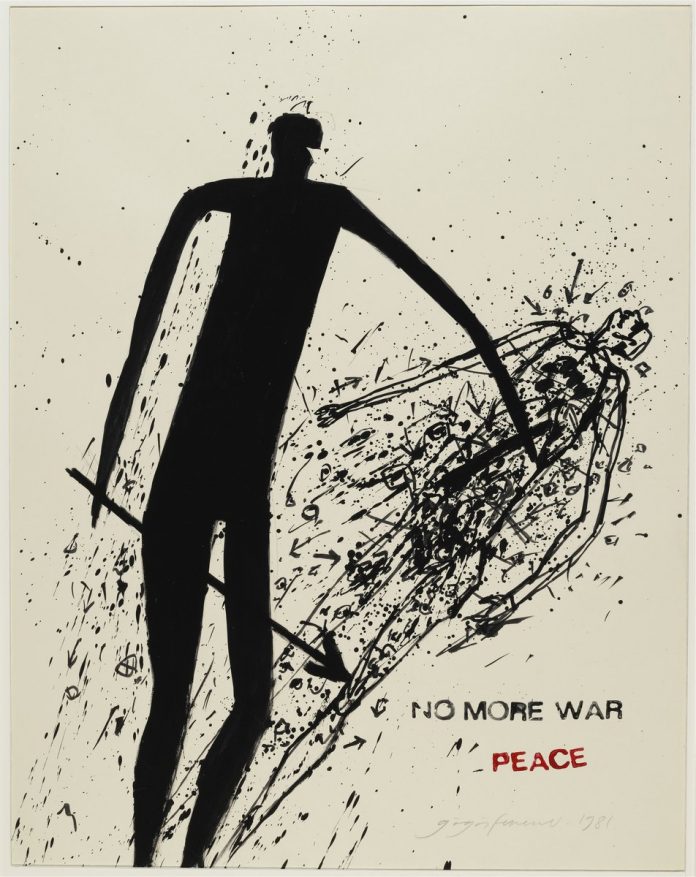 The world is moving through rising conflicts everywhere. Increasing tensions between neighbouring countries in every continent is becoming an unsurprising truth. Between India and Pakistan over Kashmir, between China and America over world economic leadership, between North Korea and Axis of Peace for unknown reasons, between many nations in West Asia and non-state groups for religious purification, between Qatar and neighbours in the name of sponsoring terrorism, between different ethnic communities in Africa, Europe and in Asia for silly reasons; however their fights are ensuring only poverty of masses, unemployment of millions and permanent destruction of indigenous living, neighbourhoods and trust on each other.

The reality is that any of these border issues or ethnic tensions or political immaturity at any corner of earth can become a catalyst of third world war at anytime because world nations are so divided and there is no dominating international understanding against war. Even though connected through trade links, they all are in hatred with each other. This hatred and enmity divided present world into different power blocks where each of them try to dominate the other.

Nowadays every country is getting more and more prepared for war which made defense an industry; an industry where exploitation guarantees profit for employers and daily wages for employees. But every war till yet was justified in the name of people only; for their peace, security or freedom. Other than killing and getting died, what is the role of this ‘commons’ in a war? Every war is reasoned with good ‘aims’. But nobody so far benefitted with war other than those who financing it. State leaders, merchants, defense companies and corporate media grow during war; in contrast common man loss but advised to incorporate it as serving the nation. They sacrificed their lives, properties, comforts and even their disagreement and freedom in order to serve the nation, not always because of patriotism; due to fear and isolation too.

Who wants war if common man do not asks for it? Who is benefitting out of it? Wars are essential requirements of any state leaderships of all time; they are markets of unaccounted state sanctioned money; hiding paradises from real issues. Wars are unquestionable, particularly in home countries. But states are still doing wars in the name of people’s security. Wars are perfect rationale ‘excuse’ against questions on state supremacy. They are heroic masks of conquerors, crowns of hatred-planting witches, magic stick of corrupted and pastures of crimes.

Of course, war protects big business interests. Unfortunately, it is the single most reason for conflicts everywhere. Business sponsors wars, conflicts and dirty border disputes. War business not ends with arms companies; it equally ensures immense harvest for construction companies, commodity dealers, private military contractors and the list goes on. Hence war is becoming the perfect excuse for profit driven defense based firms. But our blind nationalism or patriotism, which is based on hatred as well as fear on neighbouring country or a group of people, never let us to publicly denounce these ‘killing machine’ companies. Even though these firms are producing ‘killing commodities’ than drugs, we never treat them like ‘narcotic business’. We must stop these firms, their exports and their profits; and should divert their capital to education, health, food or to any other real requirement.

The fundamental concern is whether a world without war is possible? Can we have a generation who never experienced war in either ways? We know the answer too. Wars are essential here; unfortunately not for common man but for the state apparatus they supports. Wars are the markets of unaccounted money in the name of protection. Wars are the perfect hiding places from real issues. They are the paradise of nationalists, hyper patriots and makers of hidden agendas.

Every war is fought for peace as like as every weapon is created for avoiding war. But which is that country experienced permanent peace after war? Which side experienced permanent and comfortable security after winning war? All those winners only went through a suffocative peace and hidden insecurity till now. Every war necessitates and subsequently creates next one. They create inflation, unemployment, poverty as well as exodus of weak, poor, landless and marginalised. War insults, rapes, loots, destroys, bombards, assaults and murders its victims. The truth is wars are hollow in the beginning, crime in process and loss at the end.

We can remember words of Muhammed Ali, the legendary boxer, here. He said the above when asked to join the American fleet in Vietnam in 1967. “Why should they ask me to put on a uniform and go 10,000 miles from home and drop bombs and bullets on brown people in Vietnam after so-called Negro people in Louisville are treated like dogs and denied simple human rights?”. He was right. He has other important battles to fight in his own society than in unknown lands for unknown reasons. We too have. Instead of revolting against strangers in faraway lands, we must build our empires in our own neighbourhoods. Please do not forget that wars will make only cemeteries of our children and not the sanctuaries of peace.