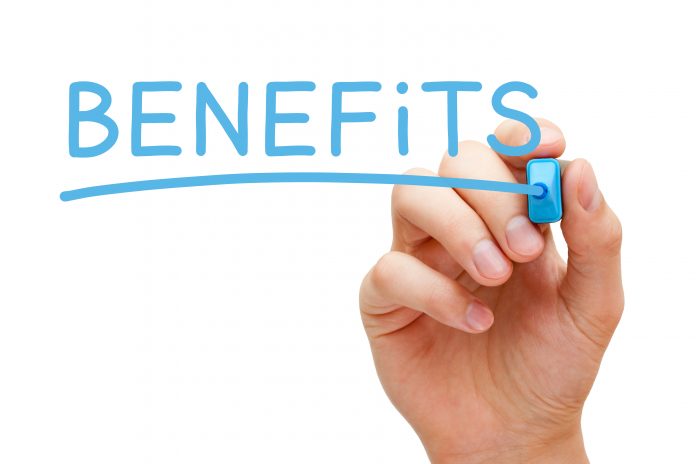 Today the whole world is trying to beam their power of greatness no matter how much near there people are standing at the depth of poorness and pain. Thus all their self proclaimed greatness seems baseless and pointless. Same is happening in India which I think is only in the way of fastest growing economy in the world. We the people of this country, sometime feels proud after our beloved country’s countless achievements in the international stage. Whether it’s about our worlds cheapest 74 million USD Mongolian project, the surgical strike in Pakistan, Mukesh ambani’s Reliance jio service with worlds cheapest data rates and free voice call, Bharat biotech an Indian company first to file a patent for a vaccine of Zika virus, Adani group who unveiled the world’s largest solar power plant, one of the world’s hottest trends beverage in the west that is turmeric milk had Indian origin, Kailash satyarthi granted a noble prize for peace and like that lots of other popular in the list to cover up. A feeling of our nationalism that time climbed at its peak and that time if you will ask to come and jump from that Everest for the country’s pride, we would never hesitate to do so. But then as we are been preparing us to sacrifice our self till the last breath, some drops of that wasted bloods of those innocence lives who were been killed in those terrorist and naxalite attacks, the sweat of that poor guy who brings his all effort to work hard every day but in spite of, he only get a penny of 100 to 200rs to feed his family, the adjustable tear of that restless middle-class man who cannot sleep properly after being awaken by this deeply corrupted system shattered in all our face and stopped us to be nationalist. Really this staggering and stringent pain more allow us to belief in “no emotions, no feelings”. Towards your one side it’s so called development, achievements, smart city, technologies, cleanliness, economic growth, rich people smells like rose then on another side its mud, unemployment, illiteracy, poverty, corruption and sweating poor’s.

If the government is all responsible for our every ups and downs, then let’s talk about them who has taken our every contract to provide us our every basic need which we actually deserve, at least their election manifesto has been saying so from last 70 years. So let’s start from our life line, i.e. water. A neta was standing in an election 1st time and the constituency from where he was fighting it had an issue of water deficiency very much. So “hum aapko 24 ghante paani denge” (we will provide you water facility 24 hours) was his only touch wood line during his election rallies, and this drastically attracted the people as a result he won. After winning the poll now Neta became netaji and during his 5 year of tenure he made his promise happen. On his next election when netaji went to the same place where he opened his election manifesto 5 years before 1st time, one guy came up from the crowd and asked him “you said last time that we will get water 24 hours but it didn’t happen?”. To which netaji instantly replied “I think you don’t know how to see clock. I had promise you that you will get 24 hour of water and here I do have a record from water department in my hand and it’s simply showing that in the last 5 years of my governance you people have got a supply of water for 24 hours. So I fulfilled my promise, so vote for me again.” Now what to say, this is happening in our country. Nobody knows how but Netaji again won the election and this time he provided 48 hours of water supply.

Water is world and world is water and still if the people are dying for the reason of draught then what is the need of that spectacular achievements going to mars and moon. Do they start any program or make any technology which will work in the benefits of the farmers for the water management or some research that are doing suicide every day because of no water facility. Our country is an agricultural based country which has now collapsed by taking our farmers lives and still lapsing by making their families life hell. Relaxations have been provided to the farmers in every budget by decreasing there interest rate to some percentage. This clearly shows that how much the government is concern about our agricultural diversity. In an ancient time there was a zamindari system where the farmers used to give lagan {half of their productions in the form of tax} to the zamindars for providing them lands to cultivate. The government then brought this system to an end now an unofficially governmentdari system has come into existence. In spite of providing comfort and benefits by sorting out the farmers problem in a ground level, government is making the farmers depend on them by providing certain schemes like come to us borrow money, borrow water facilities, seeds and at last return it with some interest. Isn’t this governmentdari system is a same like zamindari system? Every year 3 to 4 lacs of people dies because of water shortages. And if they are getting it somehow it’s no wonder how much germs and impurity lies within it. The villages getting the facilities they are happy with it, no matters how much diseases they are grabbing. It’s their general saying that at least we are getting it . Something is better than nothing. And we will surprise to know that they are in a way to adopt themselves with those impurities. But still we are proud of our achievements.

Let’s talk about Netaji 2nd manifesto “electricity”. Electricity is critical to fuel the economic growth of India. I belong to Chhattisgarh, the place which is famous for its coal mines and power plants. Just travel from the capital Raipur to korba you will get to see nothing but Rice fields and lots power plants. If we talk about the electricity generation in the state the power generation capacity touched 16000 MW in the year 2014-15 with respect to consumer demand of 3550 MW. It’s no matter of fact that state government regaining its economical growth by selling electricity the other needy states. But point to be noted here is, in spite of having a demand of 3550 mw from the generated 16000mw, does the consumers here are getting uninterrupted quality power supply regularly? The answer is NO. More than 500 villages are there which are yet to be electrified, and those who are getting it, for them it is like that metro son who visited hometown once in a year to see his parents. Even the place called korba where one of the largest coal productions is done; the power deficit ion is common there. The worst scenario we will get to see in the villages where a single-phase line is generally used to illuminate power supply. On a heavy rain and wind they get collapse, and from next time you get to see some large woods or bamboo takes the place of that fallen pillars to transmit electricity from place to place. This is not only happening in the state, but the conditions in the whole country are worst. But again our netaji brings some policy in his next manifesto to set but not to implement and again he win.

3rd manifesto is makaan, “House”. The 2011 census counts 1773040 homeless people in india-52.9% in urban areas and 47.1 5% in rural. In one election campaign the same guy who asked netaji about the 24 hours water supply’s question, again found netaji and this time his question was-“why you always travel so much to foreign countries? He replied “I go there to see the beautiful houses, so that I will implement the same architectural idea in our country too and make India like them.” To which that poor guy replied-“netaji, let’s make India what India was. We will be more than happy.” Here the need is not to make beautiful palace, or smart cities. Any way Rich people are smart enough, wherever they buried there tent it will automatically become smart because of there so called class, society, status. Here we are talking about the poorer and the most stressed middle class. Here I will not write about middle class because it itself is a big subject, and required a complete article to enlighten their problems only then I can do justice. So you go railway stations, bus stops, road streets, slums and so many places, you can find out our real achievements. Central ministry brings out some schemes in the name of their honorary prime minister or their party leader along with monopoly of some sher-o-shayari in every budget, refers them a historical step and pat on their own back. But nobody cares what actually happens with the previously announced schemes. Were they ever implemented or does anyone benefited on a grass root level? Why netaji would care, at least he is getting his sarkari bangla with every comfort.

4th is “education”. The education policy of the country did never get any proper backbone which can boost up our society. Only by opening certain colleges and schools can’t take away the ghost of illiteracy away. Half the country does not even have access to proper education and only a small fraction can go to university. Lack of quality primary education for the poor cursing the thinking of people results nothing but only rote memorization rather than lifelong memorization. Relative opening of substandard private colleges only can boost up the business policy but never literacy. This will only make the child to use the education for financial security. The functioned nation’s education system failed to exceed the quality of its teacher. May be because of some limited reasons but government has no time to think about it seriously. There is a lack of diversity in the subjects taken in colleges. Another drawback is Government control in education system which is making it to walk rather than run like them. lots of deep rooted reasons will come out from its grave if we try to figure it out so we should stop praising our self for our only 1 IIT being named in world’s top 300 educational organizations because sir we do have 22 more in a queue.
So the conclusion part is rather than putting our efforts to maintain our fictional standard, we should stop this low standard, uneducated and corrupt bearer (politicians) who only can provide benefits by their words but not by their works. Government should pour its policy water to the grass root rather than its leaves. It’s bad to say but our country’s very own traditions i.e., illiteracy, unemployment, poverty, corruptions, and so many are soon going to be transformed into a festive carnival if we will not focus and work closely with our policies implementers on the ground and resist the temptation to change the teams or switch focus. But most important thing is, there is no one who can be the bearer of your benefits, no MP’s, no CM, no PM but it’s we the people who are the only bearers of every benefits every achievements and every developments. If we really want that peace and happiness at our doorstep, we the people will have to change the way of our thinking, automatically our country will change, India will change.