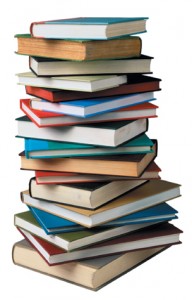 When my friend informed me about the Book Store, I was unaware of the difficulty to spot it out. He told it was situated in the heart of Nagacoil, the proud capital of Kanykumari District – I mentioned proud because it was the highly educated district in Tamil Nadu – by a small pocket road connecting two main roads in the town. In fact the huge buildings on either sides of the road habituating textiles, shops, banks and hospitals made it difficult to find out. It was a tiny one man book store accommodated under a staircase.

At that time English literature was newly introduced to me. The new spirit and enthusiasm in English literature made me tall and walk proudly to the shop at the first time. But once I got the glimpses of the shop, my head stooped. First I couldn’t find out what was inside the tiny room because of the sudden change from light to darkness. Then like trees slowly show their heads as the morning fog starts to disperse under the magic spell of the sun one or two small racks of books bopped up to cool my eyes. But only five minutes after my slow, search I could find out two penetrating eyes peeping through the upper rim of the spectacles.

He was an old man of around sixty years. His drooping bald head and raising eyes told stories about his reading habit. Only his white dhoti and shirt gave enough light inside the narrow dark room. Apart from the two racks of books only he could sit inside uncomfortably. At first I couldn’t understand what made him in that old age sitting among some English Literary books in that big, busy hot town.

Never in my frequent visits later to the store could I find any hectic business or for that even two customers together. Mostly those who visited were students and teachers of English literature both seeking for some third rate bazaar guides and notes. I think he had a sad look in those days mainly because he had to compromise to that trend. But whenever he felt of pouring out his heart, he criticized with gentle words the deteriorating standard of education system, lecturers and students.

In those days I had the habit of paying frequent visits to some of the road side second hand book bazaars. A few shop keepers were very much knowledgeable about books and authors, but others just knew only the price. We may feel awkward to read the worn out ugly books which many saliva stained hands might have touched. But in those days I could easily overcome that awkward feeling, being a member of a middle class family. Sometimes I felt like winning a Jackpot after finding out a real classic in a very meager price. I felt like being in heaven reading that lying back on my bed. But it happened once in a leap year.

Who dislikes the fragrance of a brand new book? I could witness students who consider studying or reading like eating a neem leaf just browse through all the pages of new books again and again just to feel the temper and fragrance of papers. Hence it has been always a pleasure for me to wander through book racks fledged with colourful hot books in the big book shops. But in those days only very few book stores in the town had open access system.

In the book houses even now I dislike some sales boys or girls coming behind of me while searching for books. How dare they disturb my silent, curious search, touch, smile and inhale of the brand new books. It is my ecstasy to scroll through a book store to me a great new universe where I can find unexpected planets, peculiar stars and of course sometimes absolute chaos.

But above all these I had a special affinity in those young days visiting that particular small book store and the old man selling only literature books. Apart from his serious interest in literature, I still believe that to read literary classics and to have a touch with the people who love literature were the main reasons, why he was running the shop. The reason which had drawn me towards the book shop was that I could stumble upon some real gems every now and then inside that cob-web gold mine.

I still remember the day I discovered a well bound, big size book on the History of English literature in that shop. Its detailed information about the biographies of Major writers from Chaucer down to Summerset Maugham, details about different ages, illustrations, this papers were absolutely scintillating. I got it for unbelievably cheap price. Also he should have been credited for bringing the two Anthologies of American Literature first to our town. We had no knowledge of how he managed to fetch such rare books. So he was a champion for a student like me. 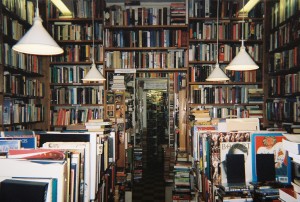 After a big gap recently I had a rare opportunity to visit my old book store twice. In the first time my heart was throbbing like anything while approaching the store. I anticipated two things: first as it was more than ten years since the last visit I would not be able to see the old man and so the shop, second I would see a much developed shop and of course a more happy old man as the town had developed a lot since my first visit. But alas both went wrong. From the distant I couldn’t find the shop because of the obesity of the other shops and buildings. But as I moved close and stand under the stair case, there it was the same old book store and the same old man.

Now I saw more cob-web on the walls and racks, more dust on the books. Racks were mostly filled with third rate bazaar guides of not only literature but also history, unlike in the past. His stiff fingers trembled a little more. He took some more time to identify me. While I could witness mushrooms of book stores here and there over flowed with books titled ‘How to Become a Millionaire within Hundred Days’, ‘How to Learn English within Thirty Days’ and other beauty wrapped magazines in the town, our book store was witnessing deterioration. There was deterioration in his health, in his subject, in his shop and in the quality.

The second time when I visited the shop even though there was deterioration, a unique confidence in my inner heart urged my eyes to glance through the dust covered books. To my surprise exactly my eyes were struck by a great title; “Rubbayat” by Omarkayam. What a rare book that was. I had almost searched for two years in renowned book stores for the book. No salesman or store keeper had even acknowledged the title. So when I asked for that rare copy in our store, he said, “Nobody knows this book, nobody knows how to teach this”. Then I received that book feeling his trembling fingers but there was a rare smile in his face, I think, a smile of hope.