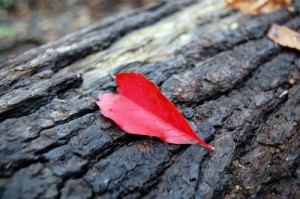 It was a dull and horrid day for him, the day he attended his umpteenth interview, only to hear that the management had already taken people for the vacancy he applied for. He wondered why the managements are calling people for interviews when there is virtually no vacancy as the seats were already filled by someone so close to the management or to the politicians. He didn’t curse the company or the corrupt management; he was cursing himself for not being a relative of a big shot. His bus was moving through the heart of a city, along the most crowded streets on the hottest day of summer. He was so exhausted that he wished he could doze off a little, but the thoughts of despair prevented him to do so. He was lost in thoughts, looking towards the horizon aimlessly, with a restless mind.

Something shook him up suddenly, it was the sudden brake applied by the driver. He looked around; it was yet another accident which was so common in the city. Everything surrounding him was going wrong; he murmured. He was looking around restlessly. Suddenly a face among the passengers flashed on his eyes like a lightning. He couldn’t believe his eyes. He thought it was a dream .He searched for that face again. His view was blocked by the passengers. At last he was able to spot her. There she was, standing in the front of bus, looking at her wrist watch impatiently. It was a real shock to him. Yes, it was the same face he loved more than his, the face that was framed in his heart a long time ago. The same face which faded along with his memories. He didn’t know what to do. It was a real surprise for him to see her. He never thought that he would meet her again. He tried to wave his hands at her. But his hands were trembling. He was frozen to make a move. A thousand thoughts stormed in his mind-“Will she recognize me?”,”If she does, won’t she ignore me?”, the questions started to perplex him. He sat there with a confused mind. He had always been a coward in her case.

His thoughts began to roll a few years back to the late nineties. It was the unfolding of a story of his untold love. His mind travelled to his teenage days, when he was in college after completing his tenth. He was one among those careless students in his college. He used to bunk classes like his friends usually did, just because he feared that he would be kicked out of the gang, if he failed to imitate what his friends did. He used to play cricket with them whenever he was free after bunking classes. He used to watch MTV secretly, which was a strict ‘NO’ to teenagers at that time. Everything was going normal, eventless, till he saw her. His seat was close to the window facing commerce block, where she studied. He had seen her, washing hands before and after her lunch. She was a typical village girl who always wore churidars or long skirts, never any modern outfits. She was quiet, reserved, cute and innocent, the attributes which were enough for him to get attracted towards her. He waited for the clock to ring twelve, for a quick glance of her face. She also saw him staring at her, but she ignored him and continued giving cold looks to him.

Things started to change as days passed, she came there frequently than she used to. There was friendliness in her looks by now. The day in which she smiled at him was like a celebration for him. He was on cloud nine. The smile was enough to start a slight ray of hope for him. He soon realized that he was in love, for the first time in his life. He waited in the corridors expecting her and she used to pass him with a slight smile. But he never had the courage to talk to her. He was nervous and was afraid of her reaction. He spent his nights thinking of talking to her next day, making scripts about the conversations he should have. All of them went to dust bin next morning and he never made a move. He woke up daily, only to see her face and had sleepless nights if he failed to do so. But he never talked to her. 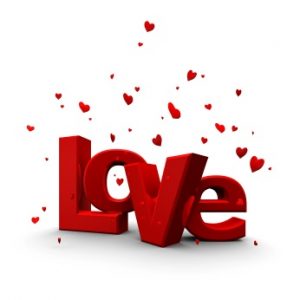 They say – “Time and tide waits for none”. It was so true in his case. He realized that his college days were getting over, only when the exam dates were announced. He started studying frantically for the exams, but the thoughts of the girl always remained in the corner of his heart. He made up his mind to propose her finally and he selected the last day of examinations. He was walking towards her block after his final examination. There she was, sitting on the corridor with her friends. He was nervously looking at her eyes. She looked up and he found a twinkle in her eyes. He whispered “I … I  … Love….”.Suddenly bell rang and she immediately closed the book in her hand and rushed towards her examination hall. Then only he realized that they had a different time schedule for the examinations. The last opportunity to talk with her was gone. His friends pulled him away towards the gate to celebrate for one last time in the college. He walked away without saying a word. His mind was blank, his eyes were wet and lips were trembling. He tried so hard to hide his feelings from his friends.

Someone woke him up from his thoughts. The bus had reached its destination. He searched for her, but she wasn’t there. She was gone!! He walked out of bus and started to crawl back home. Her face was still haunting his mind. He cursed his stupidity of not telling her, how much he loved her. He didn’t even know whether she also loved him the way he did. He had a hundred opportunities, but he never took a chance. He knew no answers for what prevented him from doing that. He didn’t know when her memories began to fade away from his mind. He didn’t know whether that was love or crush or just infatuation .On his bed, trying to catch sleep, he was still thinking of the untold love. The memories of that girl he loved remained in him like an old feather kept in his childhood notebook.