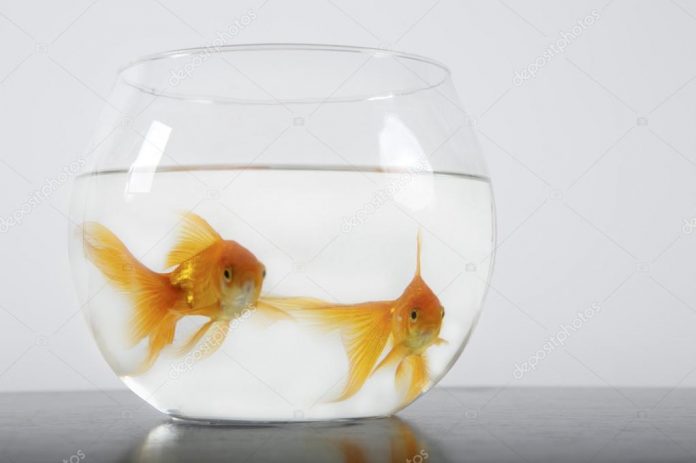 It was a warm sunny day. The sun had almost risen up until the helm of the building and the light streamed through the grilled French windows and on to the tiled floor. Zee lay rested on the carpet enjoying the Indian suntan of a lazy weekend afternoon, his eyes closed and face tranquil like disciples of Buddha. The sudden chatter of Ami broke this reverie. He looked up, eyes half closed, and found her clearing the creases of the cushions. This was arguably her favorite pastime – cleaning up here and there, setting things straight so that the house looks out freshly delivered every moment like a hotel room. He gave a resigned look, well aware of the obsession.

“Don’t you think life has become boring; too monotonous!” Ami said glumly, raising her eyebrows to signal Zee to comfort her of random musings. Zee rolled his eyes as usual and sank back to oblivion. “Isn’t always so? After every change, life does become stagnant. That’s what stability means”.

“No, it isn’t supposed to be like that. After 30s, it seems like we are only performing the operational tasks of life, getting up, somehow getting ready, going to office, coming back and heading back to sleep. Moreover, after this kid, it has even more unbalanced. I am always exhausted and feel like days are just passing simply existing.” After a long pause, she chimes in “We need some change in life, to remind us of exuberance which life is supposed to be. You know what, let’s adopt a puppy!”

Ami’s eye gleamed with joy at the prospect of a new life with tail running about their compact 2bhk apartment and giving wet sloppy kisses to the humans! She would have thought of her flat as small in size but Zee has engineered her to think it as compact after many endless debates.

“A dog! You know how much responsibility that is!” Zee’s voice raised more than usual as if to add weightage to his words.

“Yes, but we will do it na. Moreover, you know how well kids and dogs gel. They are best companions to grow with.” Ami pitched in equally high in volume to match the emphasis of her words with her counterpart.

They both have had similar discussions in the past with inconclusive results. Every time they think it possible to get a new furry friend home, it seems like a daunting task to take on this responsibility – after several days of considerations. The matter is dropped and exits the pre-occupied minds conveniently.

This time, however, Ami was determined to take action or at least convince Zee that he considers it more seriously.

“I know of all the reasons you have been saying to me in the past. The responsibility is enormous considering it’s a new life, we are away from home for maximum part of the day, our kid goes to day care and of course we can’t afford another day care for a dog….I am aware of all of this. Nevertheless, the point is, if you agree, all these things can be worked out. It is just a matter of commitment! As we committed to having this baby, we can for a new addition to the family. Trust me, it is going to be awesome and I bet you will fall in love with “Barfi”. Yes I have even thought of a name,” Giggled Ami like a child.

“Okay, I will give it a thought. Let’s sit over it for a weekend please?” Zee said with a resigned tone, acknowledging the defeat in this argument.

Ami winked her eyes and laughed musically. Zee had known this laughter since 8 years and just like new lovers, he was ready to do things to hear it repeatedly. This romantic idea had died down eventually as they plunged into marriage, careers, household and now a baby. The later of the things occupied most of their energies and maximum of their lives.  They often felt like they were in their 4os and not 30s, which was the new 20s as per some latest trends.  They were so analog with their actions and with each other as the clock has been running without any change or variation.

Zee too felt the need to change and over a period had warmed up to the idea of having a pet. Snuggling a puppy was a charmed thought and emotion. However, he did have some realities to consider. It was literally not easy – hygiene, care, time and attention to both the baby and the dog was a stupendous effort to the lazy in him.

He did not want to disappoint her one more time either. He could picture her glum face on hearing his decision…a face gloomy of her presence on earth…yes she would go to such extremes of depression.

Then it hit her…like a fresh wave of thought. His eyebrows taut for a few minutes while he worked out the details in his mind. Once the idea felt right and thought over, he lit up like a bulb. Now it was just execution.

The entire week passed in sharing stealing glances at each other, her coaxing features and his reflexive. To do or not to do…She waited impatiently for the workdays to end and Friday to arrive. His no argument submission gave hope to her idea. The first thing to do on a Saturday morning was to find adoption centers or pet shops.

Friday night, she sat next to her almost on his lap and asked sweetly “So we are going tomorrow to get a puppy, right!” It was more of a statement of finality than a question. He smirked and then said” No dear, we could not possible do that. It is outrageous to even think of keeping a pet with such busy and erratic schedules”.

She was furious. Her teeth seething with anger, so much so, she was unable to speak at all for a few moments. She then jumped off the sofa, went to the bedroom and banged the door.

She just could not think straight. Tears started rolling out uninvited from the sheer disappointment of the day. She really thought this time she had cracked him and they would have something new and exciting to look up to. She pushed her face into her palms and cried inconsolably, curled up like a ribbon and closed her eyes.

She lost sense of time once when she groggily opened her eyes. Was it past 4 pm? No! How long did I sleep for ….3 hours? Could not possibly be! She pulled herself out of bed surprised that Zee had not knocked the door even once or had she missed his pleads while asleep. She opened the door, went out and found no one in the living room. Where was Zee! Did he bail out on her? Did he just storm out of the house instead of consoling her and pleading for forgiveness? She was angry not him? She was bewildered and a little scared if he got angry. She sat there for sometimes fighting these emotions within herself when the doorbell rang. She sprang and ran to the door.

There was a big cardboard box and behind that a person holding it in front of his face. “Zee! Where have you been?” exclaimed Ami with relief in her voice.

“I said close your eyes first. I will explain all the things later”.

“Okay”. A sudden rush of excitement filled her. What is it that he got her? Is it really a puppy?

She heard some shuffling and some movement and he taking her by hand towards the table. Then he asked her to open her eyes.

It was a big round aquarium bowl. In addition, there were two tiny goldfishes inside it – one pop up bubbly orange and other silvery white. They were swimming in inordinate fashion yet somehow making perfectly concentric circles of laps.

“You wanted a pet … now you have two” Zee smiled warmly at her. The reasons of onus of responsibilities, constant rounds and walks, guilt of leaving behind melted in their eye contacts. And just like that the worries vanished and monotony was broken.

She gave her broadest toothless laugh and tapped a finger towards the bowl. One of the fishes kissed her fingertip from the inside. ”Welcome Minnie and Mo!” 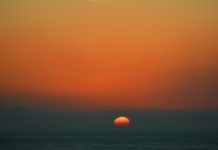