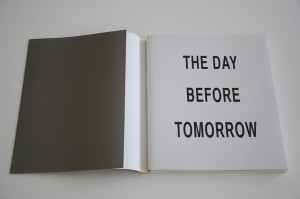 Rita drapes herself with a shawl. There is a winter chill here. The shawl was a gift – from Arunesh. The thought of Arunesh lingered like the drone of a lonely bee. The Sun is preparing for the final plunge, Rita knows, her time is also up. During these situations most human beings like you and me would want to freeze the time in our palms. But Rita is different, she knows to find an answer from Arunesh, she has to worry. And that has to be NOW.

Rita walks off in a hurry as the mobile towers criss-cross their slender shadows.

Almost seven years ago it was raining heavily in Kolkata. It was raining for two days at a stretch. There is no work that can be done. It is the time to idle. Amidst his meetings and deadlines, Arunesh forgot how to idle. But he had to. A week prior to this flashback, he met with an accident and landed with a fracture. His wife Sonali was not happy. This means attending a fretful husband for the entire day. She teaches in a primary school and drains her patience with the kids there.

On this particular day Arunesh, confined to bed had no other option but to relax. The rain had robbed his internet connection.

Like most of us, Arunesh did not know then what to do with this time of his. Will he sleep? Or read? Or listen to music? It was a tough decision. All the options seemed unknown, cruel. Save one. He can surf the net using his mobile phone.

That lifted his spirits a bit. It was long that he logged on Facebook. His friends urged him to be regular but he never understood why. Old friends have drifted away with the tide, those who clogged like dirt smell of sepia past. Arunesh at that point in time thought sepia is only a feeling, an in-confident state between black-white and colour. Everyone else is a competitor – colleagues are seldom friends.

Even a wife competes to be a better parent. Maybe because Ribhu was more attached to him than Sonali?

The mobile towers at this time of the day take rest from transmitting information. This is their time when they bid farewell to the Sun. The Sun touches their head in turn for the last time of the day. Each of the towers cast their best shadow as a tribute to the parting Sun. Rita was watching this game from the STD booth.

‘The number is not connecting didi’. This is what the young man in there told her.

Do the numbers connect ever Rita murmurs? She couldn’t match the number lock of her life once and waited for so long. Now that she thought she got it correct, it seems all is lost again.

Rita however knows, all is never lost just as all is never gained. In slow quotients life brought her close to Arunesh again after so many years. Surely there is some problem for which he couldn’t come, Rita reasons with her. And probably he can’t get through to her mobile as well.

That is an irony. When Rita took Riya with her and left a letter for Kunal she was hoping that Kunal can’t reach her over phone. She doesn’t need to explain everything to Kunal. He should know how unhappy Rita was in this marriage. When Riya’s admission was almost done and the head-mistress was showing them Riya’s room the call from Kunal started vibrating in Rita’s phone. She hesitated but disconnected. Kunal and she decided to place Riya in this boarding school, so there is no hesitation for that.

For many nights Rita would wake up at night to think what will the letter be – a long one with all her complains or just precise information about the future she planned. “I have decided not to stay with you any more. I have thought this for some time. Now I want to try and have an existence of my own. I don’t believe in destinies you know, so I don’t know of the future. We can decide it sometime later may be. For the next 6 months we will alternately go to Riya starting with you in the next month” is what she finally penned.

Arunesh had little time for life. For him work is all that he could lay his eyes on and his mind. He probably didn’t mind getting laid by work as well. His childhood was plaintive since he lost his mother early. Since youth his life didn’t turn much. Youth and mid-life were like the two legs of faded jeans – similar and monotonous. Yet he was lucky to have been loved by a girl in the colony.

Ritashree aka Rita was the sister of Arunesh’s friend Rakesh. Rakesh was flamboyant and Arunesh always a shadow, a bridesmaid to the colourful play-boy. With spring and changing colours Arunesh never knew how Rita grew up to adore him. One day while he returned from the tuition class Rakesh held him by the collar – “Hey, chhupa rustam! Rita is being caned by Baba. Flee. Baba will tell your Baba as well, just check out”. That was enough to set Arunesh free – he fell in love with Rita’s courage and honesty.

Much later, during the days when he had no work but to watch the lashes of rain filling his dry, barren reservoir, he could sense water everywhere – there was only one image that rippled through.

Rita was a perfect dancer – she had danced to Tagore’s songs during the Puja programmes. She played Chitrangada. Arunesh liked Judhisthir amongst the Pandava brothers, his steadfast honesty. Only once, Arunesh felt, if he would be the king, if only he was Arjuna.

It felt like a trance to Rita. She can still remember that look in Arunesh’s eyes when Arunesh’s father passed away and he had to go to his uncle’s place in Patna. They had no relatives in Kolkata.

Rita had walked aimlessly – the lanes and bylanes of her colony wandered with her and internalized her loneliness. The falling leaves wounded her like embers, they were all so familiar to her.

No. Rita was never ‘tortured’ by Kunal. Nor was he addicted to other women. Rita loved Kunal but then the spark went off. She had thought a lot about it – was there something in her that had put Kunal off? He was never ready with an answer. But within her Rita realized they were in trains speeding away in opposite directions. Did Kunal understand that? Rita thought, he did and recoiled even further.

Arunesh Sen didn’t have a profile picture. Rita couldn’t be sure, but somehow she felt her Arunesh would be like this only – faceless. She had laughed at her, thinking of Arunesh as ‘her Arunesh’. Did he marry? He should have, was her rational guess.

When Arunesh got the message he was struck – “Are you the Arunesh of B1 colony? If yes, you may remember me – Ritashree, sister of Rakesh. If you are not the same person, please ignore”. He never could imagine to be contacted by Rita again. He lost her when the trains woke up and prayed never to follow the arrow in her eyes.

That day typing in Facebook from mobile didn’t help Arunesh much. But he felt the urge to tell his life. There is so much to say he thought. To tell how he had been all these years. He wanted to bare his heart and to bear Rita’s heart till the words are tired to sleep.

In due course, the rain dried up, the BSNL connection got restored and Arunesh went galloping to Rita. They chatted every night for some time, exchanged numbers and sms-es. Rita probably never expected the charm of Arunesh’s middle age. Arunesh gleamed with Rita’s bright colours as they exchanged their solitudes like a jar of fire-flies.

From the life of a footnote – kissed and gone, Arunesh would feel there was a romantic crawling inside him, to bend away with his girl.

The first few weeks went off like a whiff for Rita. But after that when retelling history also was over many times, the drudgery of an uneventful present loomed large. But Rita knew she has to be like a bird – however long she would fly a bird never lost her home. They started talking about their children, their work and then their spouses – exactly in that order.

‘If both grow up healthy then I wish my Riya marries Ribhu”, Rita had told Arunesh. “You tell my wish, Rita. Remember Apu said the same to Leela in Aprajito?”, Arunesh felt he was never this happy. There is so much love in connecting; there is so much peace in the future.

Rita could sense that her mind had been completely swept off by her child-hood love. She felt guilty for Kunal at first. “If I deprive Arunesh now, that will be even bigger injustice to him and to me”, she would think later.

Arunesh was never so happy before. He was always a weak person. He never knew he is capable of being such a happy person. He was wary of Sonali but Ribhu made him accept his fate as it was. Rita barged into his heart and opened the windows. “There is so much to do in life” Arunesh lamented. “We will do together, don’t worry”, Rita would help him dream.

They met occasionally in coffee shops and would chat on till the stewards ask them to leave. “They laugh at us. Are we teen-agers in love?” Arunesh would comment. “Don’t worry about them. They will never understand how my eyes dried up for you and you would never speak to me!” Rita knew it was in their hearts, age was nothing but a count of calendar time.

It was during one of these coffee sessions when Rita first put forward her idea. Seven years hence, their children will be ten. “They will be in Class 5 then. The convent school in the hills is good. I know the head-mistress. We will admit Ribhu and Riya there. And then we can stay together” Rita was not sure how Arunesh would react.

The light in Arunesh’s eyes went dim. But as days went by, Sonali’s rejection of him put him at the edge.

Kunal just wants to know if he will file for a divorce. How he can be so cool, Rita thinks. He will never ask for the reason, he will never plead her to return. He is like a block of ice which never melts.

Where will Rita go now? The one half of the plan happened as expected. But Ribhu is supposed to be admitted as well. Rita waited and waited for Arunesh. Does this mean he ditched the plan? The eternal coward, Rita fumes. How can she afford to lose him the second time? As the street-lamps light up the hill Rita closes the window. She is undecided. Going back to Kolkata, whether she will contact Arunesh, or she will wait for him with his story to unfold? She had already rented a flat for both of them.

But how could he betray? How could he, knowing how much she wanted and tried to make this relation work. Or is it, she trying too much and never realized Arunesh slipping away from her like the flight of a woodpecker?

She is just a shadow of time.

She walks far away

She comes to me

She is a shadow of mine.

And flutter she goes

The time is mine.