Born in 1989, Sanjeev Bansal is a poet from Ludhiana, Punjab who writes out of his experiences delving deep into his subconscious trying to unravel his mind, heart and all its emotions. His personal experiences trickles readily enough as he does not shy away from telling in his works that it was a one-sided painful love for a girl that he named “Maya” that turned him into a poet. He published a novel in 2014 Untimely Dream: Maya followed by Queen of Ember and her Dead Priest in 2015. Recently he came out with his first poetry book An Ode to Shimla, his maiden adventure in the land of verses. An engineer by profession he tries to grapple with his mind in conflict thereby unravelling his soul in his writings.

Sapna Dogra: What are you writing these days?
Sanjeev Bansal: I am currently working on several books. One is an Anthology of Poems and the other one is a full length novel. The poetry book is a full of varying verse forms likes couplets, small prose verses to long elegies and the novel is a thrilling mystery. It’s a mystery in a metaphorical sense because it’s about a man who battles with his mind and heart, to prove himself pure against allegations and accusations inflicted on him by his female best friend.

SD: How did you begin writing? Did you intend to become an author?
Sanjeev: From my childhood, I had the fantasy of a beautiful world i.e. more of fairytale, having mountains, seas, rainbows, trees, plants, beautiful flowers and fauna, a complete silence where I could hear the melodious chirping of birds, sounds of water, cool whispers of zephyr because such pure world exists only in the lap of nature. So, in search of such pure world, I pursued my graduation in 2007 from Jaypee University of Information Technology (JUIT), located 18 kilometers from Queen of Hills, Shimla. And it’s a place where the virgin child of writing sprouted in my heart. I call this place “Castle of Dreams”. There I started writing my earlier verses in a diary. It was there that experienced a one-sided love for a girl, to whom I gave the name “Maya” and dedicated my first novel to her by naming it after her: Untimely Dream: Maya. Though the time gave me the chapters of rejection and pain but, I carried on with the learning lessons of experiences. I had never thought that I would be a Writer/Poet. But, it was the soul’s desire to pen down the heartbreak which further took a bigger picture for ‘A Writer in Making’.

SD: From an engineer to a poet, how do you see this transition?
Sanjeev: Transition comes only when you switch from one entity to another. It has never been the case for me. In fact I have always evolved around emotions and those emotions only kept pouring out in the verses. It’s like breath, if you cut out the breath reaching to heart, it will stop pumping. Poet in me was always there which gets showcased with passing time.

SD: What are your upcoming titles?
Sanjeev: The names haven’t been decided yet but the Anthology of Poems will be coming soon followed by the Novel.

SD: What are you reading right now? What are your favourite books? Which one influenced and inspired you the most?
Sanjeev: Lots of books. Poetry by Rumi, Thomas hardy, Edgar Allan Poe, Pablo Neruda, and the novel Emma by Jane Austen. I feel writers are extraordinary in their own ways of expressing through words. Some of their words/work just touches the knots of heart and makes you float in the lyrical river. It is because of this that they get the appreciation and the gratitude from their reader. Being driven by Classical European Culture (though I haven’t been to Europe yet), I love more of Classical and Romantic literature. So, the era of William Shakespeare, Charles Dickens, W.B. Yeats, P.B. Shelley, William Wordsworth, Robert Browns, Thomas Hardy etc. inspires me to write the most

SD: An Ode to Shimla is your first poetry book. Can you cite some of your experiences while writing this book?
Sanjeev: Writing Poetry is a slow work; to pen down all your thoughts with deep insights is tedious. Each line and sometimes even the words are like a dream of sleepless night. It often happened that I got stuck in the middle of the scene/description or even at the starting word of the poems. And sometimes the ending is too crucial and I found it difficult to conclude the poems. So, to just write a mere couplet it would take me several hours or even an entire night to find the right words. So, I silently groomed into the shell and came up with the poesy.

SD. An Ode to Shimla is not about Shimla directly. Rather, it’s a background for your poems that are primarily about love, pain and loss. What does Shimla means to you? Why did you name your book after it?
Sanjeev: Shimla is very much close to my heart. I love to wander like a child in the mountains. From my childhood I always had a desire to spend my life in the mountains. Shimla’s beauty and the atmosphere can’t be expressed until you visit that place. It is a place where the seed of love sprouted in my heart. That’s why I dedicated this poetry book to Shimla.

SD. What has been the worst criticism given to you as a writer? How did you feel about it?
Sanjeev: To criticize does not necessarily imply “to find fault”, no matter positive or negative. It could just be an exploration of the different sides of an issue. In fact, it makes me realize that I have to learn and implement those changes in my next literature if I have to grow up in this beautiful endeavour. So, I take it as a part and carry on with the determination to show it as the best work of my life.

SD: Who do you write for?
Sanjeev: I write for myself. Writing is something through which I try to know myself as a child of Almighty because along with writing comes hard work, experiences, and limitations and desires to direct all the energy for its fulfillment because literature in itself is a Universe of beautiful sapphire. The main idea of my writing is and will always be to express emotions (mostly Love) and feelings which world finds difficult or even neglected to dwell upon.

SD: It has been mentioned in the blurb of your book An Ode to Shimla that you are “linguistically innovative”. Do you agree? How do you play with language?
Sanjeev: Well, it’s little bit difficult to answer but still I will try to comprehend these beautiful words “linguistically innovative” because it’s quite early days for me to reach up to that level. I have deep sense of love and romance and have always been in debt of a true love to strike me and harmonises my love too. My soul is a voyager of Love’s divine shades which clearly reflects the tales of its beatific/ blissful season. So, the couplets/poesy which I write truly reflects the appreciation of words as a play, and then yes I would love to play in their lap.

SD: What do you like to do when you are not writing?
Sanjeev: I love to walk and explore places that have silence where I can observe nature and surroundings. My weekends are mostly spent in the hilly terrains of Shimla.
SD: How do you distinguish yourself from the contemporary poets?
Sanjeev: The ocean of Wordsworthian lyrics, the notion of Frosty Romance and the blending of deepness of poetic diction are what my prose and verse is all about. Comparison is unjustifiable because each Writer/Poet has her/his style of writing.

SD: Do you have any advice for the budding poets?
Sanjeev: Every failure is a new beginning. Overcome defeats and become the master of your fate. Just follow your dreams and desires but be careful that it should not hurt anyone. The dreams will come true only after overcoming the failures, followed by lessons learnt, because tomorrow will come only if you hold tonight.
SD: Thank you so much and all the best for your future projects.

(Dr. Sapna Dogra completed her B.A and M.A. in English Literature from University of Delhi. She holds a PhD from Jawaharlal Nehru University. Her research interests include Folklore Studies, Translation Studies, Indian English Writing, Hindi Literature and Popular Literature. She can be reached at sapnardm@gmail.com. ) 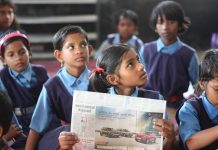