INTRODUCTION
Muslims occupies a very prominent position in the diverse socio-political and economic sphere of Kerala society from the pre-Islamic period itself (Rawlinson 2001, Elliot & Dawson 1867). The religion reached Kerala coastal regions through Arab traders and immigrants even prior to the arrival of Muslim Central Asian nomadic clans in North and North West India (Ansari 2005). There had been considerable trade relations between Arabia plus other Middle East regions and Kerala even before the time of Prophet Muhammad. Islam might have been introduced in the region by the Arab traders in the 7th century AD. There were a lot of studies conducted on the origin and spread of Islam in Kerala, but all these studies were centered around the Muslims of Malabar (Shithor, Mundon, Kunhikrishnan 2015; Kurup 2006; Stephen 1998; Miller 1976) .There is no detailed study about the genesis and growth of Muslims in Travancore. The studies about the Muslims in Travancore were limited with the biographies of Vakkom Moulavi and such like social reformers. Other than that there is no further analysis about the history and culture of Muslims there.

Mainstream scholars argues that the origin of Muslims in Kerala can be traced to Malabar from where it spread to Kollam and then to Attingal which resulted the spread of the community in Travancore (Nellickal 2008). Alternative argument traces that Arab traders and their religious scholars, particularly, from Rameswaram and Coromandal sowed the seeds of Islam in Travancore. It is possible that the existing caste hierarchy in Travancore during that period pushed the process of religious conversion. This resulted in the emergence of a community comprising Arab traders and a large number of lower caste people with a few higher caste members in Travancore. The minor ports in Travancore had a regular trade relation with the Arabs which gradually lead to the flourishing of this community in Travancore (Saffarullah 2014) .

The presence of Muslims in the region between Kayamkulam (at North) and Kanyakumari (at South) was mentioned, prior to the decline of Ay Dynasty, in the writings of Masudi and Ibn Khurdadhebah whereas mentioned by Ibn Batutta and Adul Razak later. These works also illustrate the involvement of this community not only in the economic and social spheres, but even in the political and administrative activities of Venad (Kurup & Esmail 2008). Muslim presence in South Kerala had also been proved by the Tarisappally Copper Plates issued to the Christian merchants by Sthanu Ravi Varma the then ruler of Kulashekhara dynasty, in 849 A.D (Miller 1992) . When the grant was given to the Christians it had ten Muslims signing as witnesses. Their names are given as witnesses to this Maimun Ibn Ibrahim, Muhammad Ibn Mahin, (Sulh) Ibn Ali, Uthman Ibn Ali Marziban, Muhammed Ibn Yahya, Amr Ibn Ibrahim, Ibrahim Ibn al- Tayyi, Bakr Ibn Mansoor, Al-Qasim Ibn Hamid, Mansoor Ibn Isa and Ismail Ibn Yaqub (Barkitt 1997). The very fact that Muslims were asked to stand as witness to an important document like this shows the status of Muslims in Deshinganadu. To be called upon to witness, such an important document, the Arab Muslim community must have been residents of Thindis for a pretty long time, at least from 7th century AD. All this is proved the presence of Muslims in Travancore; but Arab traveler Sulaiman who visited Kurakkeni in 851 A.D recorded that he never found a converted Indian or Chinese person to Islam or speak Arabi in the region ( ). Most of the historians accepted this view and rejected all claims of Muslim presence in Travancore from the very early time of the birth of the Islam religion in Arabia. On the basis of other evidences it can be rejected the opinion of Sulaiman. It can assume that he may be tried to prove that he was the first Muslim person who visited Thindis.
It is clear that the Arab contact with Kerala existed long before but became predominant in the post Roman period. In the Gazetteer of Bombay Presidency, Khan Bahadur Fazlullah Faridi, mentions the settlement of pre-Islamic Arabs in Chaul, Kalyan Supara and Malabar Coast Arab merchants passed along the Coromandel Coast on their way to China.

The maritime activities of the early Muslim traders of the Coromandal Coast were closely linked with the spread of Islam and Muslim settlements. The trade between eastern and western countries was existed in the pearl fishery coast of Gulf of Mnnar and Coromandal in Tamilnadu since the Sangam age. The bed of the Gulf of Mannar was a prolific breeding for oyster and natural pearls which was very rich product of the region . The Muslim traders have separate villages in the Pearl Fishery coast such as Kilekkarai, Kayalpattanam and Kulasekhara Pattanam. Arabs called the Coromandal Coast “Mabar” meaning “a ferry” or Crossing place. The Coromandal Coast was a crossing junction of the Arabs because it was from this coast that they changed the direction of their voyage either to the Bengal Coast or to the Eastern archipelago and China. It is told that the traders from Middle East came to the port of Kezhekkarai from very ancient times. The Pandya rulers imported horses from Arabia through Kezhekkarai port. The Chinese records concurrently, tell us about the tributary trade between China and Chola kingdoms. The tributes from the Chola kingdom were mostly carried by Arab merchants. Tribute bearers could make a huge profit because they were allowed to bring free of duty, prescribed quantities of goods for resale. The Imperial Chera rulers have also maintained trade relations with the Arabs in the Fishery Coast. . They established trade contacts with Sri Lanka, China and Sri Vijaya. Anjuvaimam was the trade guild through which they controlled and promoted the trade activities in the East Coast. Along with pearls and chanks, precious stones such as beryle were also found in the Gulf of Mannar. The Arab traders and navigators helped them to carry out trade in textiles between South India and West Asia and the Indonesian Archipelago. The Cholas utilized fully the maritime skill of the Arabs.The local merchants and the Arabs usually controlled trade through guilds. The Cholamandala Coast had several ports and from there spices, gems, pearls and chunks were exported to Sumatra, Java, Burma, Malaysia, Malacca, Indonesia and Far Eastern countries by these Arabs. The Chola and the Arab merchants visited Sri Vijava in South East Asia and from there reached China.

The Muslims were not content with trade alone .They also participated in the politics and social life. Apart from their supremacy over the maritime trade, especially horse trade with Arabia, the Muslims also enjoyed a prominent role in the political realm of the Fishery coast. A saracene became the king’s chief ministers and governor of the sea ports of Battan, Malipattan and Koil and a Pandya king had Mussalmans in his service .
Arabs maintained contacts with Tengapattanam which was located near Thamravarni otherwise known as ‘Kuzhithura Aru’ from early days. Trees like Teak and Rose-wood were exported from here. Tengapattanam was the part of Travancore till the linguistic re organization of states in 1956 .The Juma Masjid in this region otherwise known as Valiya pally was claimed the antiquity of 1200 years.

Kolachal, about a hundred miles south of Quilon, was in ancient times a centre of Muslim trade and colonization. It can be seen the Muslims from Kanyakumari to Quilon who migrated from here. ‘Yafathahu’ was engraved on the stone pillar of the Kolachal Mosque. All Muslim houses are located in the area surrounded by roads from four sides. This place is known as ‘Pandakashalappuram’. This area was resided by the people who control ‘Pandakashala’ (wear house) and commercial activities by which this place got this name. Bronze vessel industries and stationeries were monopolized by them. The Travancore Raja and Divan provided facilities for building homes and business centers for them . The rock-built mosque there indicates the antiquity of its builders. Further, the ownership of landed properties at Kolachal by the Muslim lords (Keyees) of Telicherry is proof of the direct commercial and religious relationship of the place with the Malabar area .

Again, the Muslims found at Aaloor, Thakkala, Kottar and other places were weavers brought from the Madras state at the instance of the King of Travancore . A Muslim scholar called Pir Muhammad reached and stayed in Takkala from Thenkashi. ‘Naduvazhi’ give two acres of tax free land to this mystic poet . It is proved that the ‘Naduvazhis’ promoted the spread of Islam in the southern part of Travancore.

Tamil historian Govinda Pillai recorded that the predecessors of weavers known as ‘Anjuvarnakkar’ came from Arabia . There were Mahals in this name existed in the district of Ramanadu and Tirunelveli. It is said that handloom industries in Calicut is related to the period of Cheraman Perumal legend. Zamurin (Zamuthiri of Calicut) brought eight families and their dependents from Kanchipuram for weaving silk for the great Mamanka festival . Like ‘Anjuvarnakkar’ it is possible that their predecessors also came from Arabia. It is also noted that handloom industry developed in Cannannore and Calicut due to their continues contacts with the Arabs. The Muslims occupied a largest section in the community of weavers in different areas. It is clear that the Muslims came from the eastern coast of Tamil Nadu as well as Kollam to the Southern Travancore.
At Kalkulam taluk a large number of Muslims were found at Thiruvithamcode, Manavalakurichi, Manlikkarai, Mekhamandapam, Azhakiyamandapam etc. It is said that Muslim traders and saints who used to visit Travancore, respected the customs of the state and maintained good relationship with the local population . Under their influence some Hindus embraced Islam. During early days Muslims preferred the towns along the coast for carrying on their trade but later they moved into the interior through in small numbers . The Muslim settlement at Thiruvithancode was the oldest one in Kalkulam taluk. Muslims settled here thousand years ago.

There is a 300 years old mosque in Thiruvithancode and it is believed that this mosque was constructed by Sayid Muhammad Mowla, a Muslim missionary from Kavarathy. Umer Labba Alim Sahib, an eminent scholar from Tamil Nadu invited Mowla Thangal to Tamil Nadu for conducting speeches and extended his activities to various parts of Tamil Nadu including Thengapattanam, Kayalpattanam, Thiruvithancode etc. Meanwhile Thangal met Dharmaraja, the ruler of Thiruvithancore (Travancore) and seek permission to build a mosque at Southern Travancore and the King permitted him to do so. Consequently a mosque had been constructed which later became the famous Thiruvithancode Juma Mosque . The majority of Muslims in Thiruvithancode were the migrants from places like Kizhekarai, Mana, Madhura of Tamil Nadu . A Mahal in Kottar has the Dakhni Muslims who were migrated from Thirunelveli and Pulimakulam .

Since Padmanabhapuram became the capital of the then Venad rulers a large number of Muslims settled around the palace for trading purpose. It is said that Meecai Palayam, the Muslim settlement at Thucklay existed even five hundred years ago. Some of the Muslims of Thucklay had settled at Rangoon, Singapore, Malasia, Thailand and Indonesia where they had gone in search of livelihood . The clash of interest which had characterized the Hindu Muslim relations in other parts of India never existed in Kalkulam. Muslims here never adopted a policy of aloofness. They lived in peace and amity with their religious life in conformity with the times. The presence of Muslims were registered in the Tanjavoor, Ramanadhapuram coastal regions too .Like that of Tamil Nadu Muslim communities from different parts of India reached Travancore and conducted trade with the permission of the native rulers. Dakkani muslimsotherwise known 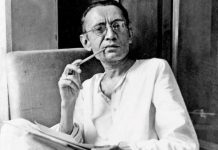 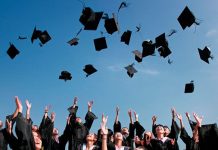 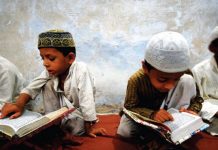