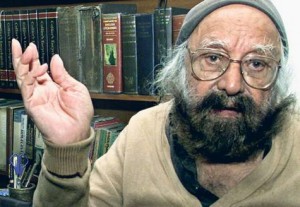 If Khushwant Singh decides to write again I will definitely read that book. Reading and discussing his books has always made me and my reading circle lively. What makes KS different from other writers is his way of dealing with the so called controversial “triple S” – sex, scotch and scandal, NO AGE BARRIER.

In Sunset Club he gives a vivid picture of the Lodhi garden: its monuments built during the rule of Lodhi dynasty, the maulsari trees, the famous Bara Gumbad, the big dome, “which has an exact replica of a young woman’s bosom including the areola and the nipple”!!

Khushwant introduces us to 3 friends who are now in their eighties. Pandit Preetam Sharma, Nawab Barkatullah and Sardar Boota Singh. Every evening at the sunset hour they sit together on a bench in Lodhi Garden exchanging news and views on the events of the day.

This book is about a year in the life of these three friends starting from Ganatantra Divas 2009 to Ganatantra Divas 2010.  He portrays all his characters vibrant in life with their sexual fantasies and foibles. As KS describes the 12 months of the year, Delhi with all its poetic uniqueness, he takes the readers through the happenings of the country, the general election, corruption, violence and disasters.

All twelve months are portrayed with their distinctive nature: the chillness of January and its damp atmosphere with dew in the air, the short spring which makes a colorful entry and melts in the summer heat of Feb. The colourful Holi fest of March, a time of courtship for birds and their amorous advances. “This is the time when fresh, green leaves appear upon the trees and branch and twig of plants and shrubs are bent with bloom and seed. With blaze of roses colour , Mir, the garden is on fire, the bulbul sounds a warning note; go past, o sir beware.”

The unpredictability of April is beautifully captured “ …..Gone is the heat of the day as earth dresses for night: the evening breeze of this strange world gently the body touches, slowly she removes the sun from her forehead, quietly puts around her neck a garland of stars, scatter the brave throughout the sleeping city and joins together the bodies of young lovers”.

Along with the scorching hot blazing sun, the flowering of laburnums makes May memorable – a mass of canary gold dripping down like bunches of kandahar grapes, no fragrance only gaudy showers of gold. June may be hot as hell but it ushers in the season of mangoes, the favourite fruit of Indians and the monsoon birds – Megha Papeeha, harbinger of the monsoon from Africa.

July with its lighting thunder and rain, the drenched peacock “richer in colour than their own throats’ blue, with necks upraised, to which their tails advance, now in the rains the screaming peacocks dance. August is the season when Lord Vishnu – preserver of life, descends to the bottom of the ocean and goes into deep slumber. This is called Pralaya – chaos: Season that adds misery to human life with multiple diseases.

Though unseason rains take toll of life in the beginning of September, the sun merges with autumn, … a maiden fair in slenderness and grace with nodding rice 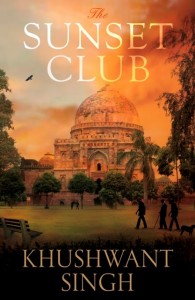 stems in her hair and lilies in her face, in the dusk of the month. The cloudless blue skies, the pleasant blowing autumn breeze fix your gaze upwards when the season changes to October. Karva Chauth, falls this month when Hindu and Sikh women observe a days fast for the health and longevity for their husbands. Since Sharma is a bachelor, Boota a widower and Baig a Muslim this holds no meaning to our members of Sunset club. When they meet, they praise Gandhiji for “Truth above all, above truth. Truthful conduct”, despite his eccentricities.

Our members greeted mubarakbaad on Guru Nanak’s birthday, celebrated in the full moon day of November. The religious differences of their respective communities are discussed and debated openly and they claim Sikhism is taken from Hinduism and its theology is based on the Upanishads.

The year comes to a close with mist, fog or smog in December. The bracing cold breeze scares our old members as their blood becomes cold. Throughout the book the readers are constantly reminded of the power of the inevitable – Death. Though they fight and have difference of opinion we find that they are bonded by the power of true friendship.

“Time has taken its toll on you and left you dead,
where are the frivolities of yesteryears?

Where has your youth fled?”

In the dusk of their life these learned men are aware that “Seasons do not change to please humans, they are ordained by the inscrutable laws of nature”.

I asked for a long life, Only four days were granted:
Two went in hoping, Two lost in waiting.

I pray that, this most loved story teller will give the world of letters more splendid offerings in the coming years.