Ferit Orhan Pamuk generally known simply as Orhan Pamuk is one of Turkey’s most prominent novelists. His work has been sold over seven million books in more than fifty languages, making him the country’s best-selling writer. Pamuk is the recipient of numerous literary awards, including the Nobel Prize in Literrature 2006, the first Nobel Prize to be awarded to a Turkish citizen. The White Castle, The Black Book,  The New Life,  My Name Is Red etc. are his other major novels.Orhan Pamuk’s new novel ‘The Museum of Innocence’ is a riveting story of love, longing and anguish. Set in the life of Istanbul elites, the story revolves around the love life of Kemal Bey, an elite class business man and Fusun, a village beauty. Span from 1975-2008, the novel traces everyday banalities of life in Istanbul society and the history in general. 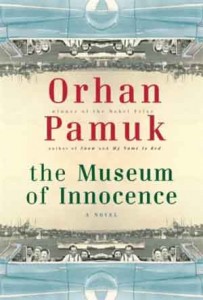 Kemal Bey is engaged to Sibel, one of the wealthy, eligible young ladies of Istanbul high society. While the preparations for engagement progresses, Kemal Bey falls into an amorous relationship with Fusun, his distant relative. Engagement breaks and Kemal’s love for Fusun has no bounds now. Shockingly before their love blossoms Kemal loses Fusun in the alleys of the city. After a long period and a long search in the cobble stone alleys of Istanbul, Kemal at last finds the house of Fusun. But by now Fusun has been married to Feridun, a future film maker and scriptwriter, still Kemal frequents the house, with the hope of Fusun accepting his love. At last, Fusun gets divorced with Feridun and after the incessant visit for 8 years to the house, Fusun decodes to join with Kemal. But fate hits Kemal in a different way, in a drunken mood , Fusun drives the car to kill herself. From now on Kemal gets lost in her thoughts and starts to collect her things and to build a museum to her remembrance. Unfortunately in one of his visits to world museums, Kemal dies with heart attack.

The 531 page novel is absolutely a beautiful read. It is Published by Faber & Faber. 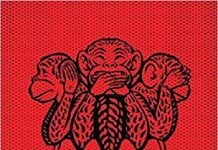 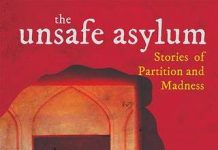