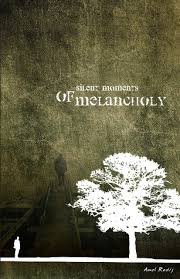 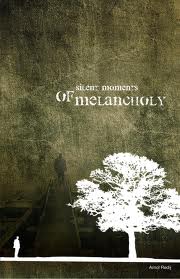 Silent Moments of Melancholy is a collection of poems by Amol Redij, who is a budding poet and a new star in the field of Indian English Poetry. It is his maiden book of poetry which he has dedicated to his friend and mentor, Diwakar Kambli, who has constantly supported and inspired him.

Poetry, as declared by Shelly is the well-known passage describing the moments of literary creation, ‘is not like reasoning, a power to be exerted according to the determination of the will.

The book is a collection of 66 poems on themes like – agony, solitude, nostalgia, desperation and dejection in love and the name indicates melancholy. In Literature, it is believed that all the best creation comes from broken hearts whether it is Hindi, Urdu or English. Amol Redij seems to follow the same trends, taking a form of English gazhals, as most of his poems echo dejection and desperation in love. In English poetry we have examples of some poets like John Keats and W. B. Yeats, who have been deceived in their love-affair and the result is their memorable poetry.

In the poem, Colours of Life, the poet has personified different colours of life like love, spirit, trust, calm, sedate, optimism, help, serene, feebly, purity and innocence. By doing so, he seems to show the relevance of all these emotions and virtues in any individual’s life.

He has written many love poems like- Abnegation, Delusion, Paragon, State of Mind, Confined. And even he has expressed deep love for someone in some of his poems like- Cursed, You There? Confused, Disillusioned, Outcast, Quest, The Final Prayer. At times he seems to show madness in love, like in Now Begins The Joy but he also seems to depict hope present in love like in poem I Wonder and in I Still.

There is craving, eagerness to meet the beloved in the poem- Do You Still Care? And there is nostalgia of missing someone in Leave Me and Deliquesced Memories.

In Paragon, he describes the beauty of a person who is perhaps very near and dear to him but the description is in a platonic way, which sounds very beautiful. The word ‘abnegation’ means denial and so the poem, Abnegation also seems to show the denial of a girl towards her lover.

Poet always used different symbols to convey their feelings and thinking. Amol too has used this. In the poem A Scorned, Torn Paper, he uses a classic metaphor using a piece of white paper. Then he has also written some subjective poems like- A Whimper, My Life And Its Tyranny dealing with some issues.

Ballad means poem which has got a story and also in many cases tragic end and these are the characteristic of his two poems Secret Love and A Catty & The Doggy. Both the poem seems to tell a story and both have got tragic end.

There are many poems in the collection based on theme like dejection, desperation in love- Enslaved, Craving, Abandonment, Lost Kingdom, Nostalgia, Requital, Abysmal Anguish, Love To See Me Die, Tell Me Why, Tired..of Coming Back, Splitsville, Thing I Did, Somewhere Someday.

There are many poems written by the poet based on loneliness like- Remembrance, The Troubles & The Frights, Do You Still Care, My Life & Its Tyranny, Enslaved, Craving, Solitude, Feeling Lost, Ephemeron, Schism, You- Turn, Set Me Free, Squealing Memories, Induration, Quarantined.

The poet seems to show his regret for somebody in some of his poems like- Agony, Times of Change, Alone I Stand.

He has also written some poems which seems to be mystical in tone like- The Almighty Kidnapper, Excruciation, Welcome Death, The Troubles & The Frights, Enlivening, Still Alive, Cognizance, Death I Choose.

The poem, Delusion seems to be a hallucination which is being experienced by the poet and the poem, Lessons From An Old Man tells the story of a old man waiting for his beloved who has left him long back. It shows his true love for his beloved, which is fading day-by-day in this materialistic world

In the poem, Lost Glory, the poet seems to show his desperation about the spread of violence in a land which was once adorned by everyone.

The poem, All In His Name seems to be an agony of a person who has lost everything and is devastated because of some inhuman activity done to him and now he is complaining to God about it.

Aristotle had the view that, tragic literature arouses a very specific set of emotions___ pity and fear___ and brings about a healthy and pleasurable experience called catharsis. This may be believed by the Poet so he is emphasizing more on tragic poetry.

Each of his poems is crafted beautifully though being sad and melancholic in tone and seems to be written from the heart. Throughout the book one can see emotions so deep so full of desperation and eagerness to meet the beloved. The poet’s wisdom, depth and eagerness is really remarkable and must be praised. Many poems seem to be echoing of the past incidents which the poet may have experienced or witnessed.

Amol Redij’s Silent Moments of Melancholy is a narrative poetry based on disappointment in love, regret and melancholy. True love is something which is rarely to be found and this is described by the poet in some of his poems. Perhaps it seems that Amol Redij has written these poems out of personal experiences but the appeal is universal, it characterises every individual around who is surrounded with a lot of luxuries yet finds himself lonely lacking simplicity of life, as is rightly mentioned in the blurb on the backside of the book, “poems impelled by aridity of solitude unfold the looming veil on the suppressed excruciations of young generation into a trap of detachment caused by hectic lifestyle, unavoidable” 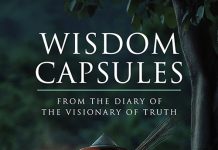 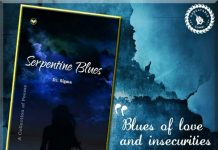