AIIMS nurses are in an ongoing battle for securing basic rights even in the face of a pandemic. A notice put out by AIIMS Nurses criticised the lukewarm attitude of the AIIMS administration. In the notice, the nurses sought reforms which includes implementation of four-hour duty with PPE in Covid areas, simplify the process of accommodation allotment and uniform rotation policy between Covid and Non-Covid areas. The notice jointly signed by Fameer CK (General Secretary) and Harish Kumar Kajla (President) of AIIMS Nurses Union states that “there has been not even single response from the administration and we literally left unheard”.

A similar order was also made by the AIIMS Delhi administration which said that “…doctors of AIIMS, New Delhi deputed on COVID 19 active duty, who are finding difficult to commute between their residence and their hospital during their duty period in Covid 19 specified area would be provided accommodation in Hotel Samrat, Chanakyapuri if required, in addition to the rooms available in the Power Grid Viswa Sadan of AIIMS.” However, the order does not mention the accommodation for nurses, paramedics or supporting staff.

Dr. Vijay Gurjar, a faculty member at the AIIMS Delhi told me, “In this scenario, when the battle against Covid is going on, everyone is a warrior. Everyone has to work hard against it and nurses play a pivotal role in this fight. So in such a situation, at least basic things like food and accommodation can be provided without discrimination, it will boost their morale to get the best out of them.” According to Gurjar, hierarchy and class system inherent in India’s policymaking leads to such discriminations. He complains that the administration has not even considered to look for other options to accommodate nurses, technicians and cleaning staff. “They (Administration) cannot even think of providing a star hotel accommodation to cleaning staff. Cleaning staffs have no say in the policy making meeting. They didn’t even go; they take it as their fate, upper classes take it as their right.” Vijay Gurjar added.

On a Thursday afternoon, 02nd April, on the day of the wedding anniversary of Vipin Krishnan and Jenny TM, a couple working as nurse in AIIMS Delhi, decided to provide a one-time meal to the stranded workers inside their workplace. To their surprise they understood that there were a significant number of unskilled labourers who starve without adequate food as their respective job contractors have not taken due care of the basic needs. Later the two nurses along with their six other colleagues decided to start community kitchen to help the stranded labourers in different parts of the city. The nurses do this voluntary service by sparing extra time after their working hours. So far the team of nurses has catered food to more than five thousand individuals across the city. However, even at the face of a pandemic nurses in Delhi are discriminated by governments and the hospital administrations.

The nurses said that as they live in rented houses, it was initially difficult to implement the idea of a community kitchen. After Vipin Krishnan’s house owner’s son Gaurav Kumar agreed to provide their house terrace for their activities, the idea was materialised.

On April 21, I spoke with Shashank S Chandu who was part of these activities he expressed his regret for not being part of the volunteering. He said that “I am in quarantine as the patient whom I was treating for the past two days have tested positive. I am not being able to be part of any of these activities. As the patient was tested positive while I was on duty, I was accommodated in a room inside AIIMS”.

According to Shashank, the major threat which needs to be addressed is the unavailability of accommodation for those working in Covid wards. “Till this time there haven’t been any measures to provide accommodation to those nurses working in Covid wards. They are still going back to their families without knowing whether they are carrying the virus” he said. He also criticises the administration for not providing PPE according to the WHO guidelines. “We don’t have proper PPEs, along with that there is no clear protocol to treat the patients as well. Unlike what is done in states like Kerala, here the rules are set to suit the administration, not health care staff” Shashank added

Jenny, a nursing professional who volunteers in operating community kitchen told that, “After we started community kitchen, we have got overwhelming responses and there are a lot of people from our profession, from AIIMS, as well as from abroad who have voluntarily come forward to sponsor for one day’s meal”. According to Jenny, she and her team of volunteers has now gradually moved from the idea of community kitchen to providing dry rations in order to reduce the direct exposure with individuals.

“There are few NGOs who provide meals to stranded labourers here, but the problem is they are not well co-ordinated which makes the delivery of food in an irregular manner.” Said Pratheesh, yet another nursing staff from AIIMS Delhi. He says, he is unaware of any governmental action to help the stranded labourers and the poor patients who stay in hospital compounds or in the subways and needs regular treatment like dialysis or chemo therapy.

The nurses also criticise the Delhi government’s ineffectiveness to provide food to the needy. “It was really shocking for us in the beginning that the Delhi government is not even providing adequate food to the needy in government-run shelter homes—the Rain Baseras” Vipin Krishnan said. When I asked Krishnan about how they were able to successfully cater to such a large section, he responded, “This thought was materialised because of the team effort. Political affinity, caste, religion any of these did not bother to us. What bothered us was the sight of those people who were put to starve by the governments.”

Despite such dedication from health workers both in and out of their workplace, the response towards their service deteriorates the morale of these workers. It is also worrying that discrimination of this nature happens at a juncture when Delhi’s private and public hospitals alike are witnessing a significant hike in the number of Covid positive cases among healthcare workers, especially from the nursing profession. According to media reports, covid positive cases among health workers stands over five hundred and are reported in AIIMS, Lok Nayak Hospital, Ram Manohar Lohia hospital, Max Hospital, Sir Ganga Ram Hospital and Kalawati Saran Hospital.

Although Indian Ruminations tried to contact Satyender Jain, Health Minister of Delhi and the Director of AIIMS, New Delhi Randeep Guleria, there was no response received till the time of publishing the piece. The piece will be updated once we receive a response.

Sreerag PS is the Associate Editor of Indian Ruminations. 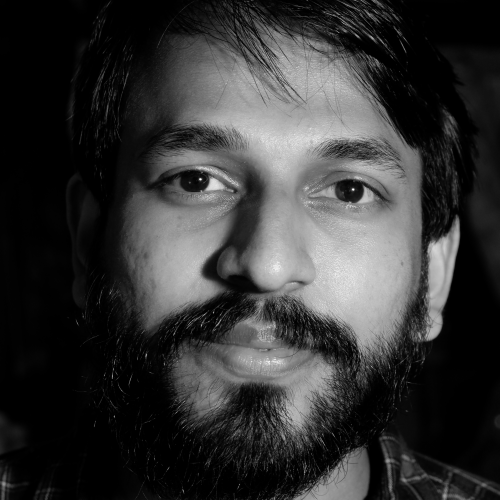