A Dive into the Ocean of Forms – Chandra Mohan Bhandari- Surat, Gujarat 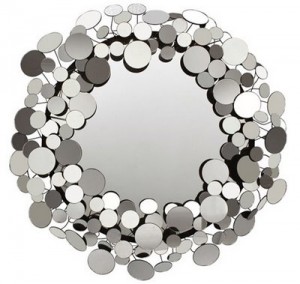 In one of its multiple roles literature is supposed to act as a mirror of the society it is related to. No doubt this is true, but there is more to it than is usually understood. It does not only reflect that what is – it also indicates a vague glimpse of ‘what could have been’, the set of possibilities which could not be realised. Of course the mirror aspect is important, but it is not always the plane mirror which shows an almost exact replica of the real. Concave mirrors are known for their magnified images, inverted at times whereas convex mirrors do it the other way presenting a reduced image but spanning a larger canvas as is the case with back view mirrors. The analogy of the three kinds of images is not at all out of context, in fact we do find in literature all the reflections: identical in size (plane mirror), magnified (the concave), and reduced (the convex). Just as society is ever changing, so are its reflections as portrayed in its literary accounts. In that sense it is also a historical averaged out document of the people and their lives. Beyond this as already stated literature, in a vague indirect way, provides a glimpse of ‘what could or should have been.’

Science too provided a different kind of mirror to the society and its constituent unit, the man. The objective truth about the place and role of man in the scheme of nature are not always in agreement with man’s own impression of himself. The necessary corrective measures fall in the domain of science and its related investigations.

We, the humans, are destined to inhabit two worlds simultaneously. The first is the world of our physical existence as an individual with flesh and blood, and is common to all species. This could be referred to as autonomous existence. There is another world where man considers himself as part of a whole (referred to as homonomous existence), the whole indicating entire creation, a group or a subgroup — be it all living things, entire mankind, a nation, a sect or a clan. The two worlds are entangled in a complex web in all thinking individuals although in most cases the autonomous self predominates. Very often the two domains are in conflict with each other and this conflict is the source of much of man’s problems. However, the same conflict may also be a source of creativity in art, and literature, and elsewhere too.

“I dive down into the depths of the ocean of forms, hoping to gain the perfect pearl of the formless.” Not only the poet (Rabindranatha Tagore) but most of us are in search of that undefined pearl. Among other pearls I may at times gain the pearl of pleasure of knowing

— knowing that I am part of the whole, and connected to it in an intricate way. In this search science too has its share. In a different context and to a certain extent science is also doing the same. Only the language differs, and the methodology too.

I often wondered on poetic utterances such as viewing of “universe in a grain of sand”. However, now I know, based on hard scientific knowledge, that every atom of our bodies (except hydrogen) has been cooked in the core of several stars at temperatures ranging from 10 million to 50 million degree Celsius. The atoms in our bodies and elsewhere on this earth were not born on the planet itself, they have come into existence through the participation of a significant part of the universe, giving a scientific validation to poetic imagination.

The fact is: the universe is truly reflected in an atom which is much smaller than a grain of sand. And the poetic imagination does not stop there, it goes beyond. In Indian mythological literature ten incarnations of Lord Vishnu relate to fish, tortoise, boar, lion man, dwarf, and humans, Rama and Buddha. That poetic imagination of including life forms in ascending order is matched and reflected in the scientific fact brought forward by Darwin. The life forms have never been static or frozen in the states we see them, they have been constantly changing. And the story beyond a certain stage of evolution begins at sea with fish being one of the important milestones in the evolutionary process. The mythological literature reflects the intuitive understanding of the reality which at times comes close to the reality itself.

Abstraction and use of metaphor are common in many human endeavours. In poetry they play a vital role, and so they do in science. In science the language of abstraction is that of mathematics, and its frequent use enhances the elegance, depth and power of a theory. Much of physics, astrophysics, cosmology, engineering disciplines and computer science would not be what they are without the use of this language. One of the greatest minds of the twentieth century was Niels Bohr who is credited for his interpretation of quantum theory. Based on abstract and baffling concepts quantum theory is marked for its dualism, fuzziness and often beyond-common-sense expositions. Bohr described this as:

At the level of atoms language must be used only as in poetry.

Quantum theory is about transition between the possible and the real. The act of observation converts one of the possibilities to actuality while discarding others. One can cite somewhat similar situation in examples like toss of a coin or throw of a dice. All possibilities exist before the dice is thrown. However, the moment an observation is made only one possibility is realised whereas all others fade away. In literature especially poetry this kind of game is played regularly with the poet taking us on a journey in the reverse direction — from the actual to the wide world of possibilities. Is it a mere coincidence or there is more to it that the two aspects of human concern seem to be in some kind of a complementary role.

More Mirrors: a Comedy of Errors

Science has not only exploded several myths about man’s status and role in the scheme of things, it has constantly shown mirror to otherwise faltering ego of man. What is evolution after all? Genes are capable of carrying information from one generation to other thereby helping in replicating the life form. The replica is fairly good and almost identical to original. But there are bound to be certain copying errors. Continued genetic transformation leads to a copy of a copy, and the process carries on. Over a long time the copy that is available may be quite different from the original. That is the way life has evolved, and this includes man. We are thus a by product of genetic copying errors. As if man’s relationship with chimpanzee was not enough to show him the true mirror there are new revelations to challenge his self image relating his very existence to copying errors.

This mirror may not be pleasing to the human ego although it is about connectivity between everything that is – from the tiny atoms created in the stellar interior, to protein molecules where life saw its early beginning; one then comes across transformations through the early stages among fishes and reptiles to our closest relative, chimpanzee. This relationship between all life forms, all atoms at the microscopic level to the giant stars, is amazing. This scientifically realised unity of all things and the mythological intuitive reality implicit in the ten incarnations of Lord Vishnu seem to be in fusion with poetic imagination ( Wordsworth), in being overwhelmed by ‘a notion and a spirit, that impels all thinking things, all objects of all thought and rolls through all things.’