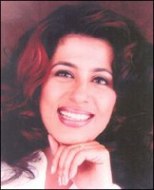 Public memory is short lived. A news story comes as a breeze, swirls a storm and then disappears leaving no sign of its occurrence whatsoever. Everything is just as it was before the story came along and no one gives thought to what had just happened. Take the Jessica Lal case for example. In 1999, the nation was left in shock by the news of a young girl’s murder. Hell broke loose and every citizen of the country pledged to do as much as he could to ensure that justice was rendered to Jessica and her family. The common Indian screamed and hurled abuses at his TV set when he saw the murderer getting away in 2006. But the aggression was momentary. Soon other things started occupying the mind of the justices and Jessica took a back seat. So did justice. The case was again in the public domain in April 2010 when the verdict was finally passed pronouncing death sentence to the sinner Manu Sharma. But what the public enjoyed more was the movie, ‘No One Killed Jessica’ with music by the latest sensation Amit Trivedi. A struggle for the truth that a family endured for over a decade was eventually made into a two and a half hour film posing the entire issue to be the victory of the media with little credit to the family and the judiciary. This, the audience enjoyed. And forgot.

The nation cries for its national sport Hockey. But just around the World Cup season. Cricket takes a back seat as people come out by the dozens appealing to all to donate fo

r the well being of the country’s national sport and for the motivation of its players. It is drama on the sports field now with reporters running helter skelter but it dies down soon after the team fails to win in the game. It is back to cricket for us viewers till the next r eminder of the existence of the national sport comes in before the next World Cup. Over reaction is a virtue by which most media houses function today. Issues are blown out of proportion and then suppressed like it never happened at all. And the public being fickle it forgets and moves on. Curiosity remains just curiosity and nothing is done to quench this inquisitiveness by the masses. The issue about the racist attacks on Indian students in Australia is one that got so out of control with the media of the two countries openly blaming and calling one another juvenile that the very reputation of an entire nation was at stake. Even before investigations about the cause for attacks on Indian students were carried out, the Indian media was quick to conclude that racism just had to be the reason for the stacks. Peace walks were held in the Capital, Bollywood voiced its opinion about racism, Amitabh Bachchan refused a Doctorate from the University of Queensland, and Australia on the whole was termed a racist country. It was only after all this chaos had died down, voices from those who mattered could be heard that it revealed that the attackers in most cases were not of Australian origin and most attacks took m place in dingy localities, Indians with money in their pockets and laptops in their hands made for easy targets by a group of druggies who needed money for their dose. But no! Conclusions will be made, and nations will fight much before any news can even be clarified. The saddest part being that after all the media harping about an issue, when it finally comes down to a subtle rendition of the truth, the audience does not want to listen to it anymore. After all, public memory is short lived, you see.