Loss and Gain in the Process of Translation – Mukesh Kumar, Haryana 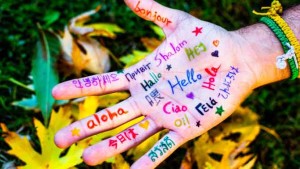