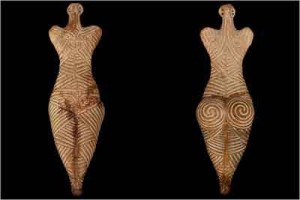 The matrilineal peoples of Kerala had a system of natolocal social organization which from the 1930s was overturned by various reformers and legal legislation. The present generation might be the last that see the remnants of matrilineal Kerala.

The matrilineal system had an accompanying architectural style which till recently had survived. Not only was the matrilineal social organization destroyed, but its specific architectural  mode, the Naalukettu, was almost razed into extinction,  to such an extent that only a glamorous few of these structures remain as shooting locations. The organization of these structures around a quadrangle meant that they could not be renovated, and had to be pulled down entirely. Cinematically, the Naalukettu rendered permeable the inside and the outside, the public and the private.

The Naalukettu comprised a house around a courtyard (Nadumuttam) and members of the matrilineal joint family lived in adjoining rooms surrounding the courtyard. This forms an ideal device for mobilization of the visual narrative,  especially in the films of MT Vasudevan Nair. The matrilineal genealogy is a horizontal one and was mobilized around this central courtyard.

The Naaluketu could range from the palatial to the mundane, but was mostly functional and simple. As architectural representations of tradition, Malayalam movies almost always evoke them as spaces of feudal grandeur. The ostentatious parading of the traditional house as an elite space in Malayalam Cinema is reactionary as well as inauthentic. But there is something deeper in the Malayali psyche that the wide dissemination of these structures through movies satisfies. Therefore, the inherent matrilineal symbolism in these traditional structures and their fulfilling of audience expectations is of interest.  The Naalukettu represents something that is otherwise unfilmable.

In the 1970s, Kerala, especially places like Kovalam became a hotspot for international tourists. Resorts were set up which had to be `traditional.’ Traditional `Naalukettu’ were pulled down and scavenged for doors, staircases and roofs. The timber of high quality and endurance like teak, rosewood and Mahogany were of great value. The `Naaluketu’ became a dead investment. Almost around the same time, the gulf boom resulted in the creation of a new class of wealthy NRIs. who were out to announce their arrival in style. More doors and staircases were scavenged to deck posh NRI homes. Apart from such external causes, the  Naaluketu structures could not survive without the matrilineal system of  joint family. They couldn’t be supported by the nuclear family.

Simultaneous with the razing of these structures was a huge wave of nostalgia for the bygone matrilineal era, especially in literature and cinema. The most poignant  and popular evocations of this occurred in the films and novels of MT Vasudevan Nair.

The Naalukettu, the traditional matriarch, the all powerful figure of the maternal uncle, the crumbling of these houses and relations were all deftly portrayed by MT.

In the films of MT, Hariharan(who used MT’s screenplays),  Adoor Gopalakrishnan and later with a feudal grandeur in the films of Shaji Kailas, the Naalukettu structure is so interleaved into the cinematic narrative that it almost became another character. Mobilised around the Naalukettu were images of its mythical deities and their invocations, chants, the oracle and the entire life and landscape of rural Kerala.