Poem and the Poetess- Sandhya S.N

Poems are the bliss of a poignant heart which touches the reader with its vibrant colours and takes him to a world where the poet dreams on. It delineates the dreams, emotions, feelings, concepts, protests, perceptions of the poet. He submits his vision to the public to refine and to retry. It sometimes gets recorded in their minds, or may take them to an elation of joy. Also it might take him to the chancellery of his mind where he finds himself as an advocate as well as a defendant. Whatever the process may be the poet is in his fight towards socialization. His might and his life are embedded in the words he upholds.

Inspiration for each poet is different. He may get inspired by anything which strikes him in the course of life. But the brilliance lies in the capability of the poet to visualize it as he wishes to the reader. Loneliness to an extent is a great inspirer. It takes him to a mood where the only companionship he enjoys is he himself. He talks, blames, adores, loves in those passionate moments. In one of its magnitude, he feels to pen. The suppressed mind of the lone explodes through his words which gives him the feeling of tranquility. He finds immense joy in his achievement. Once he finds it working he will long for the moments spent with him to portray him through these lines. Barriers, time constrains, circumstances, the vocabulary, the language, nothing prevent him from this excitement.

To survive for a poet too is a struggle in this world. Thorns and horns always point to him as a mobster. It seems the struggle is severe and more to a poetess than to a poet. She is born in the field where norms and regulations rule her life. She is to act as if a puppet to its indicators. Not only her tongue, but her mind too is chained. Nos and Nots govern her life. The poet in her has to fight all these restrains to express her. Her words symbolize her feelings and her sufferings. They may hurt someone around. At the same time she too suffers to express. Many talented poetesses may have succumbed to the circumstances and adopted mere silence to earn peace in life with a peace less mind. 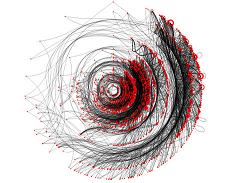 The poet has a significant role in this present world. He has to perform various tasks upon particular situations. The world has been put into such a complex situation where one finds it difficult to distinguish the right and most of the time feels it as an unidentifiable enigma. The man is behind the targeted returns in each second. Love, romance, passion, kindness, duty, discipline… everything is laid on the returning capital. The poet is not an alien too. He too is influenced in this tussle. But most the time the poet finds himself among the downtrodden, the deprived and the denied. He speaks for them. He acts for them. Who hears, is not his concern. But he roars through his writings.

The fancies and the fantasies, the poet brings make him unique. The symbols he exercises fascinate one to his world. He transfixes his ideas to the readers. He sets unconscious fire on the thoughts which flame the world for a neoteric mission. Its flames surpass the sheen of the fire from the Prometheus. Thus the legend passes on and goes on …