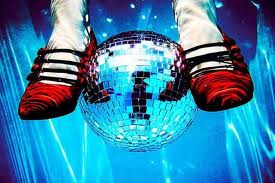 Life on Earth has existed for about a few million years. The Earth, is safe to say, has seen it all, from the big, mean dinosaurs of the Jurassic to the sweet innocent chicken.

We humans came round about twenty or probably thirty thousand years ago. We weren’t all that gifted, if the truth be told. Nature did not quite consider as the jewel in the crown of the evolutionary history of life.

Consider this: we aren’t the fastest specie on the planet nor are we the strongest. We don’t smell great nor can we see in the dark unlike most of our earth mates. To think of it, we aren’t the tastiest either, we are on top of the food chain because nobody wants us! Our qualities aren’t top class either. Infested with selfishness and a penchant for aspiring for short term happiness, we are probably the greatest hypocrites. Your dog will be the only creature to stand by you through thick and thin. And as if that wasn’t enough, cockroaches are more adapted to surviving a nuclear attack or just about any cataclysmic event when the time comes. When nature made us, we were probably intended to be her good laugh: a rude joke.

If it were not for a strong lump of well developed cells in our heads, we would probably have been the dodo’s meal. As fortune would have it, even with all these impairments, our species survived. We grew and multiplied enough to soon become the most dominant and supposedly most complex specie Mother Earth has ever seen. Improvising on the lessons learnt and the environment he was up against, man persisted and soon tamed the mighty elephants, hunted the hunters, crossed the oceans and cut the mountains to size while still retaining the same frail body nature endowed him with, albeit with certain adaptations over the years.

As we explore time and space we come to the rather marvelous understanding that each one of us is special. The universe isn’t “out there”, rather, it is “within” us. In fact, it “is” us. The matter that we are made up of is the same as that of many of the brightest stars and distant planets. When Shri Krishna opened his mouth to Yashoda Devi to reveal the entire universe, he was scientifically, quite right. A point that religion is not all bhakti but science as well. Perhaps this is what drives us humans, the belief- that all the power in the world has already been endowed upon us. It is only the action that is required of us to convert these magnificent powers into tangible substance of relief and joy.

Our aiming for glory, progress and pursuit of happiness has led us to becoming the most destructive specie the planet has seen in quite a while. We pollute the very water that is so essential to our sustenance; drive our fellow earth mates to near extinction and eat up resources like there is no tomorrow. Greed is one quality that is probably unique to humans when compared to the rest. We miss our sense of “belongingness” that is ever so important for the “development and prosperity of the colony”. That last bit was taken right after watching ants at work. 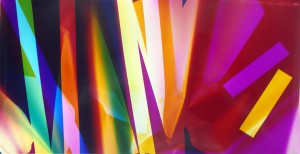 We surely have switched on our self destruct mode many times in the past and will in all probability keep doing so in the future as well for no matter how much ever we may progress; our innate stupidity will prevail at times. A thousand years later, you and I may not survive but as specie, we will. That little lump of cells in my head says so.