It seems to be there is no end for the witch hunt on Al Jazeera . Although the Doha based television network is  owned by Qatari royal family, its unique content, style and coverage of news with stunning visuals makes it different from rest of the media around the world. Many people view Al Jazeera as an alternative medium which represents the voices of the people who are deliberately silenced, but the political situation in Middle East appears to be alarming for Al Jazeera.

It has been more than a month since Saudi Arabia, Egypt, Bahrain and Jordan banned Al Jazeera accusing the news network to be promoting terrorism. Complete closure of the television news network was one among the thirteen demands put forward by Saudi Arabia and its allies upon Qatar. Al Jazeera was accused last month of inciting violence in Jerusalem by Israeli Prime Minister Benjamin Netanyahu.  On Sunday, Israeli Minister for communication Ayoub Kara announced in a press conference in Jerusalem that Israel is planning to revoke the media credentials of Al Jazeera TV journalists, shut down its Jerusalem bureau and to not allow Al Jazeera broadcast via local cable and satellite providers.

Al Jazeera claims that it share common journalistic ethos in its both Arabic and English channels, but there are critics who view Al Jazeera Arabic as more radical in its coverage. In Middle East, the television news network broke the conventional notion of reporting official narratives of a story and independently reported the alternative perspectives of the issues. Saudi Arabia launched the news channel ‘Al  Arabia’ calling it a ‘modern alternative  to Al Jazeera’ in 2003,  but it couldn’t grow up to the expectations. The ruthless assault against Al Jazeera came to the fore from post ‘Arab spring’ protests, the support given by the news network for those protests provoked many nations in the Middle East. In Egypt, three of the Al Jazeera journalists were jailed alleging them for helping “terrorist organizations”.

Al Jazeera has always been bold in dealing with attacks over its freedom of expression by the authoritarian states. Every undemocratic and brutal attack upon the news network till date has only made it stronger. But the present scenario is more vast and complex, it is an organized campaign which is going on to malign, threaten and intimidate the news network. Al Jazeera is one of the most watched satellite television news networks in the world, yet the voices of solidarity for Al Jazeera seems to be less in number. The crisis that we face today is not about agreeing or disagreeing with Al Jazeera, but about our duty to stand for their right to freedom of press. 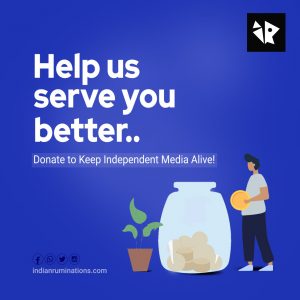