What was their Magic? – Reflections of an English – Karthika J, Chennai 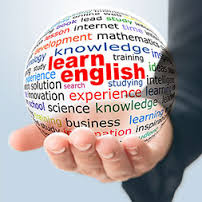 Today’s students are too engrossed in the world of internet and Android phones and do not have the luxury of time which I had when I was a student. I used to curse the librarian when she said it was time to leave and wonder why the college can’t keep it open till seven at least. (Of course I was staying very close to the college and was not reading the prescribed texts but novels from restricted section and plays of Bernard shaw.) Eventhough internet was there but it was considered to be dark and mysterious. Many of us could not understand when some of our enlightened peers talked about chats and chatrooms. May be we missed out on large chunks of information and opportunity to bond with known friends and unknown strangers…

I was an average, hardworking student with the thirst for knowledge during my college however after ten years of teaching English to varied students from arts and Engineering Colleges I wonder if I am an efficient teacher. I constantly strive to update and equip myself with innovative teaching methodology and smart techniques to experiment in my class. In a few classes I have been able to inspire my students and in some classes I have been able to teach them and in some classes I have merely garnered their attention. So now I wonder at most of my college professors’ ability to charm and inspire us. What was their magic? Two English Professors who significantly influenced my learning and teaching process are Ms.RosaryRoyar from Fatima College and Mr.Elango from The American College, Madurai. Ms.Rosary who taught me general English for two years is a very straightforward, unpretentious and sincere teacher. She was very impartial in the class and understood each and every individual’s strengths and weaknesses. Being a very observant person, she easily used to identify students who were not listening in her class. She never intimidated students with unnecessary warnings or threats but quite candidly told the students if they crossed the boundary. Without being an obvious disciplinarian, she was able to ensure discipline in very subtle ways. Instead of berating a student who had not completed the assignment she would quite eloquently and sincerely appreciate the students who had completed it. She took great pains in correcting our essays in our composition note. She restructured the incorrect sentence constructions and substituted inappropriate words with appropriate diction for all sixty students in the class. In my first year composition note three out of five essays were horrible but gradually I recognised my problem area and improved a great deal in second year. She was called the grammarian of our college and the most knowledgeable person yet she remained humble and simple to the core. I admired and still admire her for truthfulness and sincerity in whatever she says and does.

Mr.Elango taught me Shakespeare and Modern English Drama during my post-graduation programme. For him every moment is a scene to be well enacted and performed.He considered each of his lectures as a performance. He enacted the role of a teacher in the most effective and evocative manner. More than his words it was his body language which communicated.He made me realize the importance of body language in communication. The classroom changed into a charming and enchanted stage whenever he stepped in. One day he is the valorous Hotspur and another day he is Falstaff, the fat clown arguing about his drunkenness and another day he is the Tom, the Cat hiding an interesting book from the Jerry the curious mouse. In most of his classes we were all so absorbed in the lecture and forgot to take notes. His knowledge of the subject is astounding and he has the ability to relate the complex concepts to the common things we know. In every class he introduced us to different schools of thoughts without overloading or boring us. After he introduced us to ‘Absurdism’ we were not appalled at the emptiness of life but enthralled at the meaningless of it. He is a very humane individual sensitive to others needs and problems. He always had a sincere smile on his face and gave the utmost respect to the students. He has a passion for theatre and teaching and inspires the same in others. Ms Rosary Royar has taught me to true to myself and others and I guess (or presume) I have imbibed a little of her passion for learning. From Mr.Elango I have learnt to be passionate about things I love. And I am trying unsuccessfully to use body language effectively for communication.

I salute and thank all my teachers for making me what I am today and having given me the thirst to pursue knowledge and the opportunity to inspire more students. (hopefully!)