Gazing from the Dover beach the Victorian poet Mathew Arnold could only have the glimpse of the darker sides of life. The sea revealed to him as it had revealed to Sophocles long ago, life’s secrets:

“… for the world, which seems

To lie before us like a land of dreams,

So various, so beautiful, so new,

Hath really neither joy, nor love, nor light,

And we are here as on a darkling plain

Swept with confused alarms of struggle and flight,

Where ignorant armies clash by night.”

But in another era, another milieu the sea revealed to David, the symbolic root of Jesus, the negligence and meagerness of human existence only to magnify God’s might and love upon them.

Seas and oceans like sky and mountains can time and time again reveal the unrevealed. They are everlasting sources of mystic experience and knowledge. Whenever I watch a sea from its shore I am awestruck and it makes me to forget about time and space.

The vast expanse of blue clothing, the horizon which keeps on setting renewed targets and the never ending waves take me to different lands and higher altitudes of philosophic and mystical experiences. To me waves symbolize life which is fickle yet constant: no two waves are the same but there are waves present always from eternity to eternity. The vastness of ocean outruns human history if not space. The sea has sparked the same fire since the beginning of human life in men and women of different times. Their feelings, emotions and thoughts have passed but the sea is there to evoke the same thoughts again and again in the minds of the new generation of people. So oceans tie me down with the humanity past, present and future. This is what the great mystic poet Walt Whitman experienced at the Brooklyn River:

I am with you, you men and women of a generation, or ever so many generations hence,

Just as you feel when you look on the river and sky, so I felt”

Ocean and sky also give me a cosmic consciousness. Alone, watching the sky or ocean, especially at night make me feel the oneness with the whole universe. Sometimes I feel like flying from star to star, all powerful. I can smell and taste the expanse.

I am capable of thinking logically. But whatever logic disturbs my belief in God or in the super natural power it gets nullified when I look at the sky.

When I experience the cosmic consciousness there is no time, space, boundaries, countries, castes, genus and species to me. All are the part of the one and the only one. This state of being is absolutely joyful that takes me to spiritual bliss.

If human beings have the physical state, mental state and spiritual state (super natural) of being then they have to have experiences in all the three. People have to occasionally go through the mystical or spiritual experience by becoming aware of the cosmic consciousness made possible by ocean and sky. If they learn to live with this cosmic consciousness then many problems in life would be solved.

Do experiences die? Have the emotions and actions expressed by the humans since time immemorial died never to return back? No. I believe the experiences of humans crisscrossing time are still there in the universe as waves. They become the collective knowledge, memory and consciousness of the universe. Hence when I gaze at the ra

vines and peaks of the mountains, sages and laymen of the past stand side by side with me to feel and think like me. If you have the collective consciousness, you can feel the consciousness of every cell move in the universe to the complete oneness because waves won’t die. 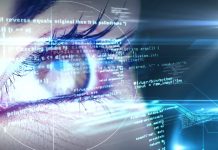 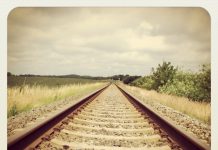 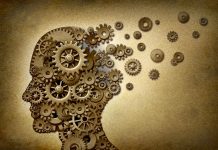