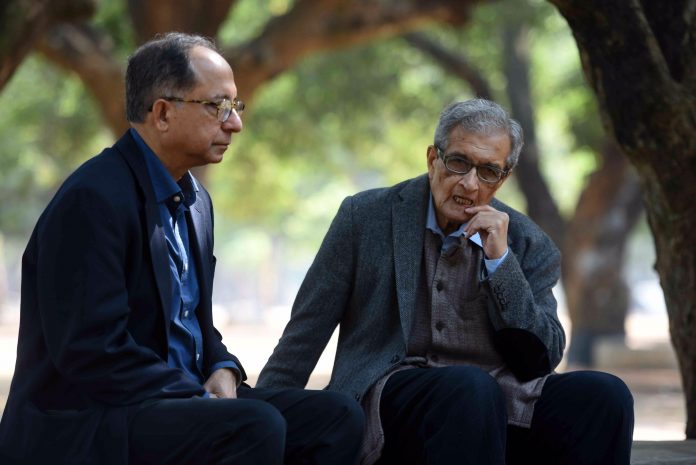 Central Board of Film Certification’s (CBFC) decision to not permit Suman Ghosh’s much expected documentary ‘Argumentative Indian’ shows new heights of cultural emergency that India is going through. The documentary is on Prof. Amarthya Sen, Indian economist and philosopher and proud of all Indians. As the author of several theoretical papers and books including ‘The Argumentatve Indian’ (2005), Prof. Sen has laid out his unique stand on various events happening around. The documentary film is shot as a free flowing conversation between Prof.Amartya Sen and his student Prof. Kaushik Basu, a well known economist presently a faculty member at Cornell University.

The “Argumentative Indian”,was originally scheduled for a release on 14th July. It has been made over a period of 15 years from 2002. Various issues related to development, social choice, political scenario etc. were discussed in the film. There are references about contemporary political issues too. The CBFC asked the Director Suman Ghosh to mute words like ‘cow’, ‘Gujarat’, ‘Hindu India’ and ‘Hindutva’ from his film. But he challenged this. Suman Ghosh informed that the film will be released on internet without any ‘cuts’ in a couple of months.

Amartya Sen was awarded Nobel Prize in Economics in 1998 for his contributions to welfare economics. As a responsible social scientist, he observed and expressed his opinion about many contemporary issues. More than a theorist, he actively engineered many progressive ideas.  He is a hardcore critic of Hindutha and slashed ‘Gujarat model’ publicly. In a country like India where binaries co-exist, the theories and opinions of Prof.Amartya Sen is always valuable.

A documentary is an actual creation of a person, event or place to provide real information. Then how can a person or group of persons deny permission to express? The activities of the censor board clearly indicate that no person can criticize or go against the interests of the Government and they are not permitted to use words that reduce the glamour of the NaMo government.

This is not an isolated issue anymore. The censor board recommended twelve cuts in Madhur Bhandarkar’s forthcoming “Indu Sarkar” as well as suggested guidelines for movies like ‘Lipstick under my burkha’ and ‘Jab Harry Met Sejal’. On October 2016, the makers of the film ‘Udta Punjab’ and Censor board entered into a legal fight in removing certain scenes from the movie. The movie portrays the drug selling in the state of Punjab and CBFC’s review committee suggested a whopping 89 cuts in the film, including deleting all references to Punjab and its cities, politics, elections and violations of expletives. Producers of the film moved to Bombay High Court seeking a copy of the order of Censor Board Review Committee report on the film. The revising committee changed the number of cuts required to 13. The actors Shahid Kapoor and Alia Bhut got IIFA Award for best actor and actress for the performance in the film later.

It was in last June, Ministry of Information and Broadcasting had denied censor exemption to three documentaries dealing with the JNU protests, the unrest in Kashmir and on the suicide of Rohith Vemula during the month of June in the 10th International Documentary and Short Film Festival of Kerala (IDSFFK) organised by Kerala Chalachithra Academy. The Unbarable Being of Lightness directed by P.N. Ramachandra revolves around the iconic Shopcom, the shopping centre at the University of Hyderabad, the epicentre of student protests following the suicide of Dalit scholar RohithVemula. In the Shade of Fallen Chinar, directed by N.C.Fazil and Shawn Sebastian, capturing Kashmir Valley few days before the current cycle of unrest. Exploring the lives of a group of young Kashmiri artistes who are also university students, the film talks about what inspires their art and how art takes the form of resistance in a conflict-ridden valley. March March March, directed by Kathu Lukose, tracks the student protests at Jawaharlal Nehru University last year and their aftermath, documenting the factors that prompted the massive student uprising and the national/anti-national binaries were engendered in the aftermath.

It was in November 2016, NDTV (a prominent and self opinionated Indian news channel) suspended for a day for broadcasting a report against security attack in Pathankot. In June 2017, NDTV CEO Pranoy Ray and his family had to face CBI investigation for “causing an alleged loss to bank”. NDTV is one of the few liberal-leaning voices in Indian media industry which is increasingly dominating by hyper nationalists like those in Times Now and Republic TV.

Right to expression is our fundamental right. This soul of Indian constitution is questioned by authorities like CBFC. Those politically appointed in these powerful positions are behaves as the ‘correcting force’. Shanta Gokhale in her article responded to the issue as ‘we live in a pretend democracy where yes-men are promoted and no-men are arrested’. The censor board acts as an authoritarian board and try to inject agendas on the minds of people. It is unfortunate that CBFC found illegality in the release of ‘Argumentative Indian’ trailer on the facebook page of Suman Ghosh; whereas releasing content in digital media do not need any such certification.

But in a digital age, what is the purpose of censoring? CBFC must incorporate the recommendations of Shyam Benegal committee which emphasised that its role is only to certify films and not to censor. Though the screening of films and documentaries are prevented and censored by the authority they can do nothing with the digitally published contents. Such controversial ones receive wider reach and appreciation by the generation who find and use digital contents easily and flexibly. 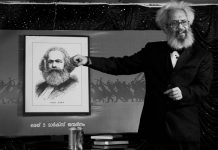