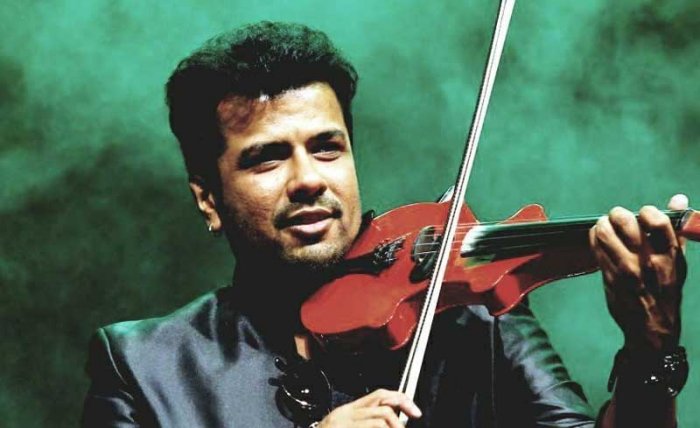 His music signs in every breath he conquered.
At the age of three, he stepped into the music world
Holding his uncle’s hand, who was also his mentor.
His passion sings in his violin strings,
A zest for life composed his art,
The unbeatable passion of fire lit his heart,
Which took him to a great height at an early age.
The stage was his and he enkindled with instrumental music.
His genre fusion music won a million audiences.

Admitted in the hospital with severe injuries
Battling for the life he lay there for a week,
His life shone brightly before it dimmed.
Ups and down graph of his heart beats like his life
He lay unconscious in ventilation,
His life swinging between the two extremes.
Dreams seemed to be fluctuating.
Perhaps he opened his eyes to convince he is still alive.
What the life had stored for him?
Death was overpowering him.
Unknown of his fate in the hospital bed,
Was he aware of his two-year-old daughter died?
While his beloved’s life still critical.
Was he on his way to cure of the trauma?
Unexpected massive heart attack overpowered his willpower.
Finally, bid bye to join his lovely daughter.

What a charming life full of dreams.
Thereby lay in a coffin along with his violin.
Today he drowned in the valley of death.
It seemed through his music he is still alive within us.
At the age of twelve, he became the noted musician.
Today at forty his string of passion broke down forever.
With wonderful achievements, he bid adieu to this world.
I wondered if he had not met the accidental death,
He would have conquered the whole music world!

He was cremated with full state honors.
May His Soul Rest In Peace!

1967 born in Kerala Palakkad dist settled in Mumbai. Her encounter with poetry was accidental later it turned into her passion. She wrote poems in English, Hindi and very few in Malayalam. She had done B.com with P.G. diploma in Computer Science.