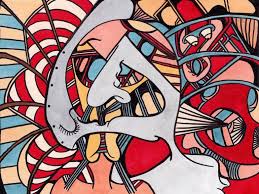 Cinema has turned into a vital part of life of Tamils. It has assumed an important element in the life and culture of Tamil society. Tamil film is alive for over hundred years, yet at the same time just a few movies centred the issue of casteism and dropping it. However, the rest of the films depict the domination of high class abominations and glad for their standing, regardless of whether specifically or in a roundabout way the majority of the Tamil film remakes its domination over the low caste/ marginalized/ Dalit its discourse, signs and images/symbols utilized on the screen. Film is a vital visual medium which has been an essential part of the contemporary social and political life of Tamils. A well-known film historian Theodere Baskaran says that “over the seventy-nine years of its existence, Tamil cinema has developed to end up the most oppressive impact in the social and political life in Tamil Nadu.”

Sundar Kaali and Ravi Srinivas in an article titled “On Castes and Comedians: The Language of Power in Tamil Cinema” in Ashis Nandy (ed) book ‘Innocence, Culpability and Indian Popular Cinema’ say that Tamil film as an optional demonstrating framework with profoundly created and conventionalised codes have shaped caste, class, and gender. What’s more, it is nothing unexpected that just a few castes and occupational categories are represented and these portrayals scarcely ever compare to real social classifications. Nonetheless, does all that goes for the sake of portrayal in Tamil film is comprehensive of every single social reality or does that have certain types of codification that winds up basic elevating dominant castes, certain caste  narratives have been made, continued and celebrated on the silver screen. Despite the fact that it began in the late 1980s, the trend turned out to be more famous and noticeable amid the 1990s. This was a period that denoted the development of realistic visual sign that developed and spread a strong transitional caste pride. En Magan is a 1974 movie starred by Shivaji Ganesan, a protogaonist who belongs to Thevar caste, the film explicitly celebrates the Thevar caste one could see that through the dialogues of the actor Shivaji Ganesan in a proud tone that he is a ‘Thevan’, followed by En Magan, there are plenty of his other films where the actor Shivaji Ganesan has consciously praising the Thevar caste and cast as a one belongs to that group. One could see that through this youtube compilation https://www.youtube.com/watch?v=WYYR2ZR6b2w.

In Madurai Formula Films: Caste Pride and Politics in Tamil Cinema’, Karthikeyan Damodaran and Hugo Gorringe write:”The martial nature of Thevars is to the fore in Thevar Magan where signs, weaponry and discourse all speak to the caste’s dominance”. Most of the Tamil film has celebrated and praised the dominant caste through its plot, the protagonist or the hero of the film who always belongs to dominant caste group and guides the other, films such as Cheran’s introduction film Bharathi Kannamma, in which, actor Vijaykumar who plays a Thevar zamindar, talks about being a “real” Thevar. He says any individual who carries a sickle or mustache can’t be viewed as a Thevar and that a real one would have the ability to protect and respect woman against many adversaries. He likewise talks about the “honorability” that a “real” Thevar shows towards different castes. Along these lines, films labelling caste titles become a trend and considered as a pride in the Tamil cinema during the 90’s and it was Kamal Haasan film Thevar Magan (1992), is striking in its depiction of caste pride, with a sequence of movies like Chinna Gounder (1992), Nattamai (1994), Thevar Veettu Ponnu (1992), Periya Gounder Ponnu (1992), Kizhakku Seemayile (1993), Mappillai Gounder (1997), Kunguma Pottu Gounder (2001) and Virumandi (2004), Maayi, Rajinikanth’s Yejaman are films that glorifies the caste and its pride. Kamal’s Virumandi (at first named Sandiyar) and the upcoming film Thevaratam (2018) were full of particular caste glorification, including a jallikattu scene that built up the on-screen character’s manliness and faithfulness to his root. Other dominant caste followed by Thevear is Gounders have also celebrated in movies. Flims like Chinna Gounder has a character applauding the perceiving feeling of the Gounders and how the ‘other’people give more significance to the Chinna Gounder’s words than government official or court. Here, it obviously demonstrates the commemoration of a specific predominant caste and its traditions. Tamil film doesn’t frequently discuss castes specifically but instead praises it through extolling the dominant castes like Thevars and Gounders chiefly which have greater influence on people perception towards particular caste and society, for it creates an image for particular caste in the society. Tamil cinema acts like a motivating factor to hasten the casteism in Tamil society. Ultimately, this is how Tamil cinema industry has contributed to uproot the caste and discrimination in the society so far. This kind of practice will no way help to eradicate the casteism in the society and would not attain the equality. Why can’t the government do something on this issue, titling the movie based on caste? Disclaimer like prohibition on liquor drinking and smoking in film. Filmmakers’ should discontinue creating caste based movie and naming them in caste, not doing so will further create a chaos and hatredness among the people especially those who stand by caste still, one could find comments of people about movie’s teaser and trailers in youtube.

Change in Trend While dominant castes are dominating on screen, they become the center of the stage; on the other hand low caste/marginalized/Dalits are not even come to the scene and become voiceless for all this time, heard by none. After a long run, now Dalit filmmakers started to embrace their identity and retrieve their stories, directors like Pa Ranjith, Mariselvaraj, and P.Jananathan. In the film Peranmai which portrays the problems of tribes in view scenes were censored and cut, the director has said due to politics he couldn’t add more to this in his film and the trend has changed with the film called Kabali directed by Pa Ranjith , a dalit and ambedkarite who changed the conventional pattern that the hero should come from the dominant high caste and always praise his caste and pride. Gone are the days where the hero always belongs to the upper caste member. Ranjith’s Kabli with Ranjinikanth who is a big star giving voice to the voiceless people/low caste, voicing Ambedkar thoughts and Dalit politics on the screen. Dalit and other caste outfits have started to adopt a language of caste pride and valour that echoes the films. A symbolic representation of the caste pride now adopted by Dalits without naming or mentioning any caste. As seen in Ranjith’s 2016 film Kabali, in which Tamil superstar Rajinikanth reads Dalit books, speaks of Ambedkar, it portrays a strong Dalit hero expressing his anger and a cry of anguish when he voiced for the underprivileged and downtrodden, no where the director mentions the term Dalit or low caste in the movie but the discourses ultimately pokes it. Followed by his Kabali, Ranjith has made one more film again with Ranjith entitled Kaala, coloured with blue and black, a symbolic representation of Ambedkar and Periyar’s philosophy, it portrays marginalised life in an explicit tone through Mumbai’s Dharavi people, the director never represent the term Dalit anywhere in this film too but it has a lot of sign and symbols, metaphors which expressed ambedkar philosophy and voice against subjugation. In Kaala, Ranjith sets up Rajinikanth’s home as a Dalit family by demonstrating Nana Patekar declining to drink water there, other than a whirlwind of different references, he utilized a similar kind of issues of untouchability in a dinner discussion in Madras when Nandakumar (Kannan) inauspiciously yells at his wife put off Viji (Paval Navageethan) from sitting at a similar table with him. Ranjith places a Dalit character in Kaala who is a ‘veggie lover’. While presenting the individuals from Kaala Karikalan’s family in the film, there’s a scene in which Easwari Rao attacks her strong child Selvam for continually demanding that he needs veggie lover nourishment in a passing comment. Ranjith briefly depicts that being great physic and strength isn’t specifically relative to the sort of nourishment one eats, particularly beef. This sort of specificity crushes the typical nourishment and issues related with Dalits food habits and the notion that they are always meat-eaters. Goodness, there’s an ‘A-1 Beef Shop’ advertisement right opposite Kaala’s home in Dharavi. Ranjith’s depiction of the housing board colony in Madras and the Dharavi in Kaala features how individuals living in those places are limited to small homes and their problems are visibly expressing their situation/state to the society. In a TNM meet, Pa Ranjith had told, “I was very interested to see the different kinds of criticism that the film (Kabali) earned. I haven’t made a film that has pleased everyone but I don’t think I can. I might be able to add some elements that make the film more interesting, but more acceptable? I don’t think so. The whole fight is about who will accept you and who will not, so I cannot be a good man to everyone. If it’s a war, the enemy has to be fought.” In a row, in the recent movie Pariyerum Perumal directed by Mariselvaraj is an anti-caste drama. Pariyerum Perumal portrays the narrative of a young hailing from Puliyankulam town close Tirunelveli. Pariyan (Kathir) has a place with a low caste, as apparent from the setting of the film and the caste dominated people he comes across in his life. The film starts with the merciless murder of his adored ‘Karuppi’ who is the canine chasing buddy of Pariyan is the first turning into a victim of caste. The plot has plenty of metaphors and semiotics which pokes the atrocities of dominant caste. Scene were so well cooked with element of reality and shows how it would be being a low caste individual in the society. The film revolves around the caste issues and identity crisis was presented without blaming the so called dominant caste group for their atrocities and treatment towards the oppressed or the marginalised. It is a pack which is beautifully and realistically tied up the turmoil and anguish of low caste people and how they have been treated in the society till now; there were a lot of unexpressed dialogues and feelings of Pariyan character but scenes captures a lot. No doubt it is a master piece and it is an important miles tone in Tamil cinema, through this film director Mariselvaraj has given voice to voiceless because the truth is always voiceless and unheard. The caste divisions inside the film industry have given the audience certain narratives throughout the years, Marginalised/oppressed comes to the centre where once dominant caste ruled in the context of big screen, now with rise of directors like Ranjith and Mariselvaraj its time to hear voice of voiceless which is unheard as of now