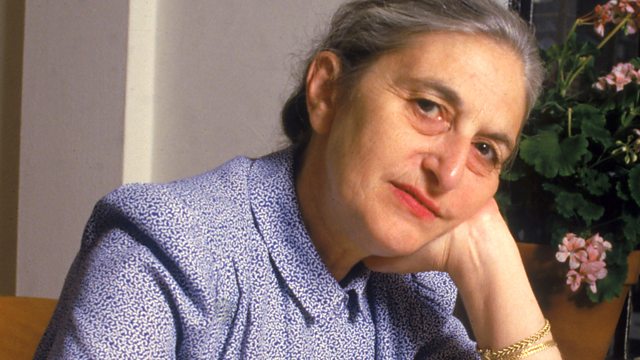 It is now pretty evident that Indian students of literature no longer read Indian Novels in English as they read American, British or French novels. In the forties and fifties R.K.Narayan, Mulk Raj Anand and Raja Rao were read and appreciated by a section of Indian literati. So were Ruth Prawer Jhabvala, Anita Desai, Kamala Markandaya, Nayantara Sehgal and other women writers. Their books were prescribed in Indian syllabuses, and seminars were arranged in Indian universities on Indian Writing in English. Though very thin in volume, we in the fifties came to believe that the Indian Writing in English had come to stay as a subject of academic studies. The Indian writers in English laboured under the influence of modernism and were aware that they wrote under the constrictions of using a foreign language and adapting it to a culturally different milieu. They knew that a language was an integral part of a civilization and it alone could do justice to the sensibilities and ethos of its people. But post-modernism, post-colonialism and success achieved by Salman Rushdie relieved them of all these constrictions. Rushdie proved that it was possible to use English as one liked. He also proved that it was not necessary to stick to the rigid conceptions of form, unity, truthfulness, reality or history. He introduced an element of playfulness and frivolity in novel-writing, and novel-writing became an interesting proposition for one and all and many Indians trained and educated in elite English medium schools and colleges started writing novels with a vengeance. Thus a process of democratization and liberalization of standards in literature was set in not only by young poets and writers but also by publishers and readers.

Vikram Seth, after toying with a verse-novel came out with a novel called A Suitable Boy which is bulkier than Tolstoy’s War and Peace or Dostoevsky’s Brothers Karamazov and in which he crams all the crap he listens to in the streets, drawing-rooms or marriage functions and includes characters as many as he comes across.

Shashi Tharoor made a hash of the Indian epic Mahabharata and Indian struggle for Independence and produced a conflated version called The Great Indian Novel. After playing “ novelist as juggler “ Shashi Tharoor played “ novelist as film director “ in another novel called The Show Business . Sacred Games by Vikram Chandra is another bulky novel bristling with native expletives used by a worn-out police officer, fugitive criminals and prostitutes and Chandra had to come out with a separate glossary of non-English words on its website. Reviewing the novel for “Newsweek” Sept. 18, 2006, Nisid Hajari made an interesting observation about its size and content. He wrote Sacred Games is not trying to emulate the great Victorian epics. Instead, Chandra aims for a more intriguing act of literary decolonization of low, not high fiction. Tarun J. Tejpal’s The Alchemy of Desire is another bulky novel, in which Tejpal sheds Indian inhibitions regarding sex and goes all out to describe various contours and sizes of male and female organs. Surprisingly, V.S.Naipaul, known for baiting Indian novelists, hailed it as ” at last – a new and brilliantly original novel from India”. Even before its publication, Manil Suri’s novel The Death of Vishnu was considered a literary feat. “Time” and “Newsweek” called it one of the most eagerly awaited book of 2001. There was a speculation that its author had finalized a deal for a staggering five million dollar advance. The book got rave reviews. Michael Cunningham, the Pulitzer-winning author of The Hours wrote “The depiction of Asranis and Pathaks in all their convincingly awfulness, brings to mind such masters of scrupulous meanness as Flaubert and Flannery O’Connor.” The extraordinary praise for Indian writers in English was backed by literary prizes and Booker awards. Therefore Salman Rushdie wrote in his preface to Vintage Indian Writing in English 1947-1997: “the prose writing- both fiction and non-fiction created in this period by Indian writers working in English is proving to be stronger and more important body of work than most of what has been produced in the 16 “official languages” of India and this new and still burgeoning “Indo – Anglian literature represents perhaps the most valuable contribution India has yet made to the world of books. It is wrong to say that the West is foisting an alien canon upon Indians. On the contrary, the Indians are imposing their style and ambition and verve on the West.”
We all felt elated by Rushdie’s statement.

However, the euphoria generated by Western publishers and reviewers evaporated by the turn of the century. None of the celebrities of the eighties and the nineties have appeared with any fresh evidence of their talent, nor have their work gone into second edition. Nor has any fresh talent been sponsored by the Western publishers. Perhaps the Western publishers and reviewers have realized, rather late, that it is not worth it at all.
However, there is an exception of Ruth Prawer Jhabvala in the post-colonial gamut of Indian Writing in English. Ruth was a Polish-German Jew by birth, born in Cologne, Germany on May 7, 1927. She did her early schooling in segregated Jewish school. Later, the family moved to England where she did her school education and Master’s with a thesis on the short story in England. She married an Indian Parsi architect and came to India in 1951. Endowed with razor-sharp intelligence and acute power of observation, she started writing novels and short stories about life around her. Thus she is in line with Westerns, who wrote about India like Rudyard Kipling and E.M.Forster. Though Kipling was born in India, he did not stay here for long and E.M.Forster was here on a junket whereas Jhabvala was here to stay and settle. This makes all the difference. Therefore, it is not wide of the mark to consider her as an Indian writer though her writing is totally unlike the Indian writing in English. Her writing is peculiar in more ways than one and so is Indian response to it.

When I began to work on her fiction, my teacher called me and asked me to choose some other subject. He thought that Jhabvala was too commonplace to deserve any critical attention. I was taken aback. I had begun to like her very much and could not think of following his advice. When I persisted, he gave in. However, what he thought reflects our common response to all that is commonplace. We are drawn to what is complex, not simple. We are interested in profound debates on immortality of soul, existence of God, rebirth etc. We like myths and stories about heroes and heroines of exceptional charms and beauty. We are least interested in what is ordinary and unexciting and in this respect Jhabvala goes against the grain and writes about the ordinary and unexciting people and their activities. Her men and women operate in limited space and pursue their limited interests -such as a rich man worrying about a paper in a government file; a girl carried away by the glitz and glitter of the fashion world; a docile wife obsessed with food and her child; a young man trying to be a householder as per established norms; fake sadhus exploiting women or visiting European women’s infatuation with fake spiritual gurus; religion as business; social climbers in new India etc. Her characters are frayed and ineffectual but they are not frustrated, disgusted or defeated. They live out their lives despite all the odds that are stacked against them.
They fascinated Jhabvalas and she observed their lives with full concentration and wrote about them at great length is simple plain English and let nothing escape her acute observation— their frailties, their sly moves, their repressed sexual desires, their greed and what not. Unfortunately, this created the impression that she mocked them.
In fact, Jhabvala’s own rootlessness and ghastly memories of her childhood leave little room for her to be mocking others. She writes about what is around her. Her cool gaze, her aloofness and her narrative in plain simple language configure into little bright gems and small wonder if critics call her “a consummate artist.”