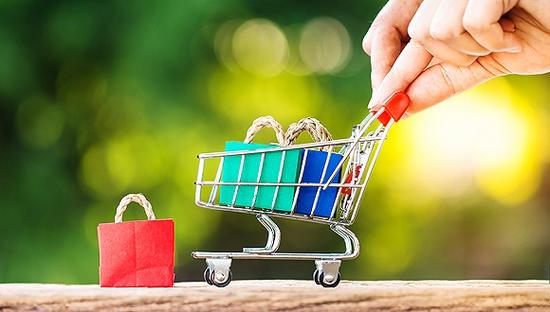 “Truth is absolute and it never damages a cause that is just.”-Mahatma Gandhi

Absoluteness of Moral Laws
If, we believe that we are living in a systematic universe; the reality of universal, unchanging timeless truths follows from this very basic proposition of organized universe. Considering this proposition to be true, one can easily hypothesize the existence of moral truths- moral law. These moral laws would always be overarching and higher than and any-other social, statutory laws of society, customs and traditions. It would remain individual’s job to discover these set of laws by exploring within him, these moral laws are analogous to discovering the laws of physical science or physics. Thus, moral laws are universal in nature and application; however we often use subjective labels to interpret these moral laws, these subjective labels are largely based on our biases towards societal and cultural norms, here the absoluteness of the moral laws is always intact but, the problem is with our own interpretation. Due, to such individual differences in the interpretation of moral laws we are likely to consider moral laws as subjective and relative however, in reality moral laws are absolute and objective driven. In similar line, we can argue that single moral truth is always absolute but, its interpretation depends on who is seeing it and from what perspective.

Ethics and Morals
Although ethics and morals are largely, related to right and wrong conduct. There is significant difference between these two words ethics are generally provided by the external source, mostly society, while moral refers to an individual’s own interpretation regarding right and wrong. Ethics are largely culture driven, while morals are more or less individualistic. Consequently, it would not be wrong to say that the summation of more and more individualistic moral’s gives rise to accepted ethics, therefore rationally the basic unit of change in accepting universal moral law should come from an individual not from the society, here one thing should also be very clear that, mere acceptance of moral law is not important, right interpretation of moral law is imperative. To consider these set of morals or ethics as valuable or important we come across two important words ethical values and moral values. Moreover, considering ethics and moral’s as a value the prime fundamental question which is to be answered is ‘What sought of value creation’ is done through ethics and morals generally speaking ethical and moral values enables an individual to act during the time of crises, dilemma and confusion. It usually generates tangible impact, a specific contribution to any situation. The impact can be in form of achieving a specific goal or solving an immediate problem. In business an individual generally come’s across situations were decision making is to be done, thus moral and ethical values are critical for a business.

Morals & Ethics in Business: Importance of Intension
Now, solely focusing our discussion towards business, we can see that by its fundamental definition “business is an organization or economic systems were exchange of goods and service takes place in return of money”. taking into account the above mentioned definition of business one can easily interpret that there is a natural inclination of business towards generating cash in terms of profit; therefore it is most likely that individuals or organizations operating businesses will always tend to encounter crucial decisions and dilemma arising out of the micro and macro environment in which business transactions are usually functioned. On one hand the larger objective of business is to generate large amount of profit/cash through more and more exchanges with customers. On another hand it is also vital to keep a check by what means you are operating and facilitating your transactions. In the contemporary times of intense business competition, to gain immediate returns through huge profit many organizations resort to potentially controversial issues such as insider trading, bribery, discrimination, fraud, black marketing, window dressing of accounts, selling counterfeit products etc. The types or categories of unethical and morally wrong conducts in business transactions can be numerous, and it would not feasible enough to discuss each of these here at a length. However, the most critical point here is to gauge the moral premise of a business organization on the basis of its prime motive or intension. If the business organization’s central objective is only profit making, then it can be easily inferred that the chances of deflection from the set of moral laws are higher for such profit centric businesses in comparison to the non-profit centric businesses. Non-profit centric businesses are not essentially unwilling to generate profit, but they are the one’s who have the prime motto of service to the society as their central focus of business. At, no cost they will keep their stakeholders unhappy for the want of profit. In the case of non-profit centric businesses the profit is a reward not a return, it is the reciprocation of the payment for their well-appreciated and superior service. The profit-centric business takes profit as ends; it also takes profit has performance measure or benchmark, while non-profit centric business takes profit as by-product ,superior service to customers and satisfaction of the various stakeholders is the main objective. Thus, in profit centric businesses degree of dissociation from moral truths is higher, because here money is not merely, taken as medium of exchange of service or products, instead it is taken as major yardstick to judge business acumen, hence in profit centric businesses individuals always thrive to gain accumulation of cash/profits by any means.
When the higher purpose of business that is service to society or stakeholder is considered the standard measures of accounting, the profit and loss account and the financial sheet do not hold much importance. As matter of fact, the limitations of these quantitative measurements have been known to us since long time; however we still traditionally go with these measures to gauge the health of the business referring to these quantitative measures, we often tend to ignore strong qualitative measures which are hardly reflected any balance sheet. These qualitative measures comprises of the moral values like trust, relationships, human capital, employee morale and loyalty.

Significance of moral and ethical values in competitive business ecology
Taking into account, the present situation of any business, one might argue that business today are highly competitive and contest driven, how can one maintain moral and ethical standards in such a dynamic environment when the values itself are so fluid and irreverent. The answer to this question might not be simple but, it is not impossible either. Here the lens of quantitative measures of business has to be removed first, instead focus on the qualitative measures as stated in previous section. The collective ethics of the industry might be different from your moral point of view, because their focus and motivation might be different from you, there might also be situations were industry practices in general justify their moral standings to be true even though they are wrong. In such situations individual’s own moral viewpoint essentially backed with socio-service centric views has to be implied, the standards of the competition are set collectively by an individual’s therefore, here a single individual with different mindset can change the rules of the game. He can be a change agent responsible to bring back the morality standards. Almost every book on power and leadership identifies moral values and integrity as a key characteristics needed to be a successful leader in any field, business is also not an exception here. Thus, the change in corporate consciousness and morality largely depends on the leadership and the values of the single leader at a given point of time. There are ample amount of examples of business leaders today who have become role models and public heroes because of their personal integrity and commitment towards uncompromised moral standards.

The need of an hour in present competitive era is to change our yardstick of measurement- It needs a transition, a transition from mere a numerical measurement of business towards more qualitative value measurement of impactful business which serves the society, were profit would automatically finds it place as reward not as return. If we can facilitate such transition it can be easily understood that –“Individualistic morality cannot be out of fashion in business at any given point of time.” because by our own assumption of universe, moral laws are absolute independent of time and space. Society at large still appreciates the moral virtues of honesty, truthfulness and loyalty. It is also mostly anticipated that the business organization also follow the same moral virtues for their long term perpetual existence. The pillar of the moral foundation for business rests on two important intrinsic values, trust and creditability it also, takes maximum time for an organization or business to build these values, and the reputation of business organization is always at stake if these virtues are not adhered rigorously over a period of time.

Conclusion
On, concluding note we can elucidate that morality and ethics has been the inseparable parts of man’s personality since his existence on the planet. The question of manifestation of individual morality and accepted ethics still remains a pertinent problem in competitive ecology of present business; however you can easily answer this question by self –introspection – “Taking righteous decision through your own conscience” should be emphasized decision should not be taken in comparison with others ethics. Moreover, competition in positive sentiments is nothing but “Realizing your own potential and worth” and let the best virtue or talent come out from the rest of the competitors is the prime adage or motive behind competition. In this context of competition businesses comprising of individuals should try to co-create ecosystem of business which is essentially value driven with morality at its focal point. Further, in this present information age morality and ethics in business has gain prominence in form of corporate governance, the backbone of the corporate governance is transparency and accountability. With the rising competition more and more business houses now emphasize on transparency and accountability which can be easily facilitated due revolutionary changes in information technology. Transparency and accountability are crucial moral and ethical barometers which are no longer viewed as the insignificant components; rather they are invariably used as a strategic tool for establishing faith and goodwill among the stake holders. Thus as a part of good reforming practices on moral and ethical grounds , transparency in governance is must, which inevitably provides assurance to the stakeholders about the dealings of the organization and it promotes the overall integrity of an organization.

Mr. Malay R. Patel is presently working as Assistant Professor, AURO University. He is M.Sc. (Paints & Polymer Sciences) and M.B.A (Marketing and Human Resource Management). He has qualified UGC-NET in Management and UGC-NET in Labour Welfare/Human Resources/Industrial Relations along with a Certification of Coating Inspector from National Association of Corrosion Engineers (NACE- CIP Level-1). Currently, he is pursuing his doctoral studies in Strategic Management from Sardar Patel University. Prior, to AURO University he was working as an Academic Associate with Indian Institute of Management, Ahmedabad in Business policy area for two years. He also had a brief stint in academics at Indian Institute of Management, Indore and Central Institute of Plastic Engineering and Technology, Ahmedabad before joining IIM, Ahmedabad. Apart from his profession, he writes on human emotions, ethics and .