we new
Home Contents Articles In Search of an Identity – Arushi Handa, Noida 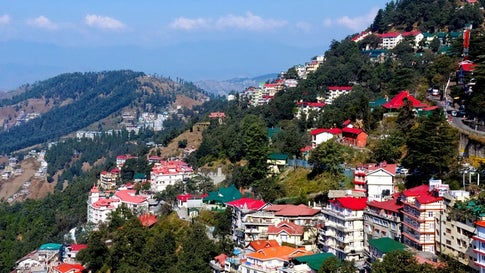 Growing up, I always thought my father was a practical and stoic man. Since he is a scientist, one could argue that it came along with the job description. So whenever someone from Himachal Pradesh joined his workplace, his extreme excitement would baffle me. He would announce it to my mother and me, and this would usually be followed by visits to this person’s home, and an acquaintance with their family.  Even if there was an immense age gap and no other links to bind us, a unique friendship would eventually ensue. To my surprise, I discovered a couple of years ago that there was a WhatsApp group of all these Himachali people as well!

My parents live in a tiny city on the outskirts of Uttar Pradesh. They moved there when they were young and newly married, and my father had just landed a job. I was born in the city and spent eighteen years there. For my parents, Himachal was the place where they grew up, realized their ambitions, spent arguably the best years of their lives, fell in love and got married. For me, however, it was just a distant place I had some pleasant memories of. It was somewhere I spent a few days in the summer, every few years.

No wonder then, that I always felt indifferent towards their desire to reconnect with the place. I would quip about all these Himachali people banding together far from home. I laughed when everyone from the group said they wanted to meet me. I involuntarily accompanied my parents to a get-together where they all talked animatedly in their native language and asked each other what region they’re from. I plugged in my earphones and listened to Pearl Jam when they chattered about it in the car for half an hour afterwards.

Five years ago, however, when I shifted to Noida, something in my outlook towards the place began to change. It began with an appreciation of Himachali food. Tired of the staple dal-roti in the college canteen, I would ask my mother to cook kulth and khatta whenever I visited home. I started relishing those unique flavors- that combination of spicy and tangy that would overwhelm my tastebuds in a good way.

When I was eighteen, I visited my mother’s hometown, which is just a bunch of houses in the middle of the idyllic Kangra valley. What I had always found underwhelming in my past visits started to seem charming. I knew I was romanticizing a life that I did not have to lead every day by ignoring the struggle for water, the limited resources, lack of proper transport and a variety of other important issues. However, I was too absorbed by the scenic dirt roads and mango orchards around me. I would ask Nani about the past, look at black and white pictures of my mother from when she was younger and take my young cousins for walks. In my ripped jeans, with kohl-rimmed eyes and dark lipstick, I attended a few dhams (celebrations) where I ate with a spoon I had brought along with me while most people raised their eyebrows.

Another visit when I was twenty lent more perspective to me. I was considering things I never had before. I was engaging my relatives in conversations about politics. I was no longer glamorizing small town life, but trying to understand it actively. Out of deference to customs, I wore kurtis most days. I would observe and listen carefully, whenever they talked in the medley of languages they termed “desi”, which is a mixture of Punjabi and Pahari. On a trip to Chamba, I bought two jars of chukh (a paste made by simmering red or green chillies with local spices) for myself and relished them for months afterwards.

Back in Noida, I felt a longing for this place that I had never grown up in, but wanted to learn more about. I started making phone calls to Nani and Mami. I talked more about the culture and the cuisine. I searched for the food everywhere, but could not find it. I would often talk about how the culture of the state was fading slowly. I could not fully understand why that made me sad, but it did. I would also talk about how the state had a lot more to offer than just tourism.

In Delhi, I often passed by Himachal Bhawan. I talked about it excitedly to people I deemed important at that point in time, and wanted to take them there, to share something I cared about. One day, I finally went in but it was filled with signs advertising cheap jeans, footwear and so on. Annoyed, I asked a worker whether there was anything from Himachal there. He pointed to a tiny gift shop that was closed at the time. The commercialization of the Bhawan seemed ironic, like a metaphor for the state itself and I laughed at my disappointment. Before leaving, however, I ran into someone else who told me there was Himachali food at the canteen. Seeing my excitement, he asked me where I was from , to which I replied Kangra. The place was impeccable and the food was good, but it lacked that flavor. It seemed like a watered down version, modified for the taste buds of people who were not used to the cuisine. Nevertheless, it gave me a semblance of home. That night, in my apartment, I talked to my mother about her life. I looked up recipes of khatta on the internet.  I would often wonder why the Indian diaspora always felt a desire to learn about their home country abroad, kids who had Indian parents wanted to discover their roots, or people from specific regions always talked in their native language. I might not entirely comprehend it, but at this point, I think I can strongly relate to it. I am looking forward to my next visit to Himachal this summer.