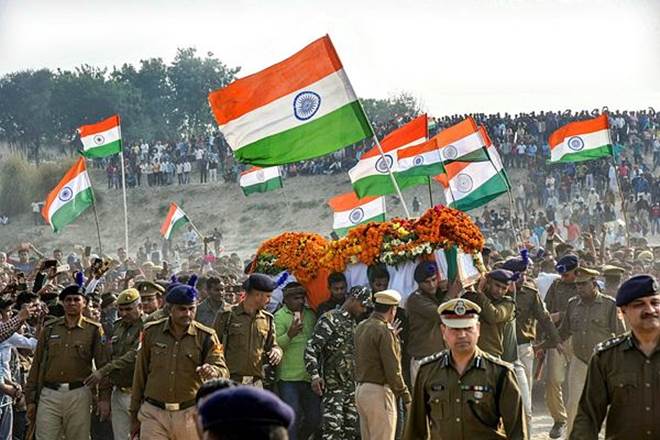 There were two callous and cowardly attacks on all those democratic values, which the modern world accepted as the way forward, in this week: one was a terrorist attack at Pulwama in India and the other is the declaration of emergency in United States of America. Both were reminders of the severe threat posed by ‘weak, wicked as well as mischievous’ people, in the name of greater goals, to the world. The 59th declaration of emergency in America is an exposition of power abuse by State over and above other relevant constitutional mechanisms reveals the hidden face of unlimited power that Big Brother President enjoys. If it is not regulated, it will spread like an official plague world over.

In the other side, the Pulwama incident reminds us that violence, whether done by revolutionaries or Maoists or by self declared patriots or by state machinery neither and never going to ensure meaningful peace in the conflicted regions than democratic dialogues. It only leads to the escalation of tensions or to war. Along with war between nations became a history, terrorism leashed by small groups is more and more becoming the war of the day. Hence Pulwama is not another episode of terrorist attack on a military convoy but is a declaration of war on humanity. But India is again united in giving homage to those got martyred in the night of 12thFebruary at Pulwama. The Opposition stood together with the ruling government in taking further actions for ensuring justice to those killed in the attack. At every nook and corner of India, the common people came to join hands in declaring their firm support and solidarity with nation in condemning all kinds of terrorist cowardliness. They affirmed that neither separatism nor communalism and never nationalism is the fundamental principle of Indian republic but it is the trust on Constitution only.

The vehicle-bomb fidayeen attack on CRPF convoy near Awantipora is the deadliest terror attack against security forces ever in Kashmir. The Pakistan-based terrorist organization Jaish-e-Mohammed has taken responsibility for the blast. This organization under the leadership of Masood Azhar is responsible for other deadliest attacks at Uri and at Pathankot in recent times too. But still, the leadership of the organization is insulated internationally by the covering of both Pakistan and China. However, it won’t take too much time for them to experience consequences of terrorism as it has neither borders nor permanent allies. The blood tasted predators will turn to better convenient valleys if they blocked completely by people in Indian soil once.

There is no meaning in condemning the security lapses alone for this as the forces were highly alert on the highway.  It is the only road that connecting Jammu to Srinagar and it is used by all people for all their daily requirements. After the attack on Amarnath pilgrims in July 2017, the troops were highly alert but the fidayeen, with his mere luck, was able to intrude into the highway with a loaded car. We must give more concern to the modus operandi of fighting back. But addressing terrorist violence with military power is futile. If military can ensure peace, then world will be a peaceful space before itself. It is not power but fear creates violence whether it is eructed by militants or military. What they need are division in society, uncertainty and fear.

It is unfortunate that the centre-ruling party is trying to harvest this incident for their political mileage even though the time demands sobriety and patience. When even the local bodies of BJP welcomed the Amit Shaw’s comment to poke Congress at Lakhipmur, it was not just another show of Shaw’s lowness but also reveals the gigantic heights of hindhutwa nationalism reached here. The Public should be vigilant to ensure that the incident will not be used for election masala. Similarly, a war or surgical strikes will be in vain. What needed is the reinforcement of democratic confidence. The centre, all political parties and other non-political people movements must come together to address the issues of the Kashmir valley. Unfortunately, Pakistan is a catalyst of growing tensions here; therefore bilateral talks with them must restart at the earliest. The power shift in Islamabad will be supportive. Common people in Kashmir are the final authority in their issues. Hence their participation is the first thing to ensure. Guaranteeing their safety and security will reincarnate the faith in democracy elsewhere too. And that will be the right homage to those martyred while protecting the nation.