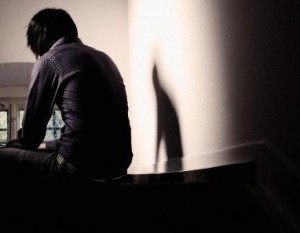 The name on the boarding pass read Chris Nayar. Once, in the distant past he had been Krishnan Nair. Chris had hated that name as far as he could remember. It was so terribly old fashioned and on top of it, it reminded him that he was a Mallu.

God forsaken land was what it should be called he told his friends when they planned a holiday to God’s own country. He had hated the compulsory annual trip to his parents’ hometown. The nosy relatives visited to gather as much news as they could. Their curiosity respected no personal boundaries. He would be questioned and analyzed. Final judgments would be proclaimed. His broken Malayalam would be commented on and laughed at. Even now years later it hurt him to think of the way his cousins had laughed when he had bowed down and touched his grandfathers feet. “Trying to topple the old man” they had said. All he had wanted was his grandfather’s blessings. He didn’t know that this was a crime in Mallu land. And come to think of it almost everything was. Survival was a feat unless one was a conformist. Everything original, everything different would be scoffed at.

The food was spicy and tasted terrible. He could never learn to handle the banana leaf on which the special ‘sadya’ was served. He was disgusted at the way people ate rice and its accompaniments with relish. The desert was served in between the meal and not at the end. The sambar flowed into the thoran. It was a mess. He missed his pyaaz, rotis, dal and the neat khatories. He longed for his favorite kebabs.

At the age of sixty his father retired from work. The last day at work was like any other day. His mother woke up early in the morning and finished the cooking and the cleaning. His father left for work with the steel dabba that carried his lunch. In the late evening when Chris got back from office his parents informed him of their decision to settle down in their tiny town in Kerala. Chris was appalled. “But why?” he asked his father.” You have lived here for thirty five years. You have your friends here. You have spent the best years of your lives here” “Our roots are there” his father had replied. “Not ours, yours probably’ Chris had retorted in anger.

His visits to his parents’ home were infrequent. This visit for instance was after a hiatus of five years. Chris sat in the crammed seat that he had paid a fortune for. His knees almost banged into the seat in front. His elbows poked into the protruding belly of his co-passenger. Fortunately he had landed a window seat. Chris looked out at the clouds flying by. He pulled out a notebook from his brief case and started sketching. First the clouds. They were like his thoughts. They would darken and turn into rain any time. They would be blown away by the wind. They were sometimes so translucent you could see through them. Sometimes so dense that you could be lost in their midst. The air hostess with uncouth make up and a plastic smile jolted him from his musings. Chris refused the packed food. He knew what it would taste like and all he wanted was to get back to his clouds. But his neighbor had woken up and was determined to start a conversation. Chris murmured polite replies to endless questions. He was relieved when over the speaker came the muffled voice of the pilot. The flight was on time. Through the tiny window Chris looked down at the coconut trees and the Arabian Sea. The shore was a filled out curve. The sea glinted in the sunshine. From up above it looks nice Chris thought to himself.

The touchdown was bumpy. The seat belt tightened around his body as the plane jolted to a stop. Chris fought his way out through the unruly crowd. There were no placards with his name. There were no expectant faces waiting to catch a glimpse of him. Chris caught a prepaid taxi from the airport. There was now a long ride before him. The Rain Gods were on vacation and the weather was sultry. The roads were bad as always. The driver played some silly song and the car danced over each pot hole. Chris leaned back and closed his eyes.

The house was alive with people. They stared as Chris emerged from the cab. He walked towards the open door and stepped inside. The lamp was lit and the incense sticks fumed. In the confines of a metal and glass container lay his father. The cold kept his body from rotting. Wrapped in rounds of white cloth, the frail frame of his father looked frailer. Uncles he hardly knew hugged Chris. Aunties held his hand and wiped tears from their eyes with the corners of their saris. Over a sea of faces Chris caught sight of his brother. They looked at each other for a moment. They had sprung from the same loins; those of the man who lay dead.

The women were cloistered inside the room. They kept the corpse company. They wore drab saris for the occasion but the gold bangles on their wrists gleamed and the thick chains around their necks hung heavy. Their chants filled the room and for once Chris was glad. The noise kept the deathly silence away. Chris could sense the restlessness of the crowd. They had been waiting for him. Chris was dressed in baggy shorts and a funky T shirt. He liked this kind that had innumerable pockets. He liked the way they could hold secrets and spring surprises at him. Sometimes when he put his hand into one of them he would come up with a piece of paper with a half finished poem that he had forgotten. Sometimes it would be a bindi whose red had dimmed.

There seemed too many people in charge. Too many leaders with too little followers. One of them ordered Chris to take a bath and get appropriately dressed. Appropriate was torso bare and a dhothi around his waist. The water was cold and through his wet hair his otherwise carefully concealed baldness showed. Without a shirt, he who could enjoy a strip tease felt strangely embarrassed and naked. The dhothi hung precariously. It was in danger of coming undone any moment.

The cremation was scheduled for eleven in the morning and the men swung into action on cue. The body was lifted out of the mobile mortuary and laid out on the floor. The exhausted mourners summoned up energy. There was a fresh round of wailing. Flowers were strewn and respects paid. When it was his turn, Chris knelt down and pressed his head to his father’s feet. He felt the cold.

The body was to be cremated in the patch of land adjacent to the house. A pit had been dug. It lay empty and waiting. Under the white sand it was brown mud. A tree had been cut and the logs were laid out. The body was placed with precision. Chris lighted the pyre. He set the logs ablaze. The fire that would burn his father’s body to ashes raged. Smoke filled the air. The smell of roast flesh was overpowering. Chris knew he would not touch another kebab ever.

Long after the mourners left, Chris stood alone looking at the remains of the fire. It had died down but deep within he knew it was still alive, would always be. An invisible umbilical chord seemed to arise from the embers. It bound him to that piece of smouldering earth.

Chris walked towards the house that was now his. He wondered what had made his father leave it to the rebel among his sons. On the walls of the living room hung three laminated photographs with ornate borders. The one in the center was that of his parents. He looked at the picture carefully. It had been taken the year his mother died. He recalled their last conversation. She had pleaded with him several times to get married. She had been so desperate that she had set aside her usual conservatism and asked him to bring any woman of his choice. His answer had as always, been no. Marriage was not an institution he believed in. Father and Mother, two people he had taken for granted. Two people like a pair of old comfortable sofas which were always in the background, which one assumed would always be there.

To the right hung a picture of his brother, wife and their two sons. His brother’s arms were wrapped around his wives shoulders. The children posed picture perfect for the snap. The picture that hung on the left was his. Chris looked carefully at the man in the picture. Hands folded across his chest, he was looking into the distance and smiling. The picture looked strangely incomplete. The man was all alone. He was lost.

A wave of emptiness hit Chris. An ocean of tears flooded his eyes. He ran up the stairs to the bedroom on top and shut himself in. The mirror on the wardrobe stared at him. Funky T shirt, precarious dhothi and streaming eyes. Who was he?