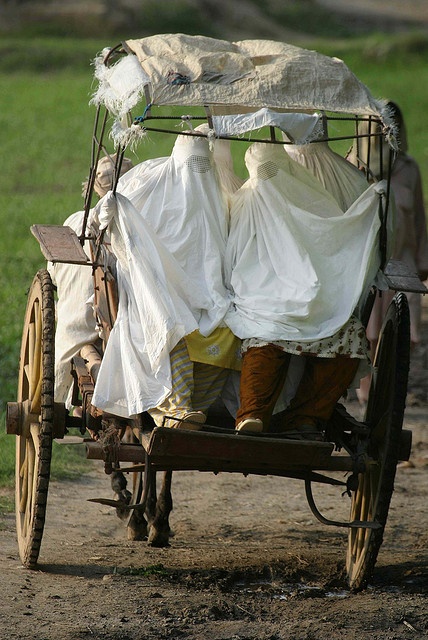 Unlike other days, the sun had gone too early to its bed. The dark clouds massed above seemed in a snit to rain. Clouds in the mid-summer sound strange, but in the running year everything happening around was not more than a nightmare; Hindus were killing Muslims and Muslims were being beheaded by Hindus. Nobody was Muslim or Hindu with their religions left behind only in holy Kuraan and Bhagavad Gita. She was still seated behind the window. It was her daily routine, with the dawning of the day she would reach to the window and would place her eyes on the filthy street till the sleep didn’t make her eyelids too heavy to be carried their weight anymore. She had been waiting for her father for more than a year. Some said he had been killed by Hindus. Some said he had already left for Pakistan. But nobody knew where Pakistan was. It was merely an imagination, a vampire, which was sucking blood from the bodies of people daily. If Muslims were Pakistan then Pakistan was scattered over whole India, like peas in her favourite biryani. She hated Pakistan, the one which snatched her Abu, Ammi, Bhaijaan and Aapa. She had seen her Bhaijaan and Ammi, being swallowed by the flames, on the very street, she was gazing at. Her watery eyes kept searching for her Ammi and Bhaijaan in the months’ old blood clots scattered over there. Her fate was sealed but when her aapa went missing she had gone mad. After two months, the dead body of her aapa was found floating over the waters of Hooghly.
And as at last Pakistan had abducted her Abu too, so she wanted to make Pakistan appear in criminal court. But where was Pakistan?
“Abujaan, Where is Pakistan?” She had asked a day.
“In Jahanum, Heena Jaanu,” Her Abu would reply. From that very day, she had grown grudge towards Pakistan. She knew his Abu could live in the hell, but never would die in fictitious Pakistan.
Nevertheless, it was a busy street but today like every other street in India, the only silence seemed to murmur there. Whole India had come to a halt. Everybody was stuck to the radio, transistor, and wireless set. Today the loudspeakers placed above the dome of the nearby mosque hadn’t babbled the Azaan. People had crowded over there to listen to the fate of their dreamland Pakistan. From Travancore to Peshawar, Karachi to Shillong, Islamabad to Chittagong India seemed merely just an ear, listening to its fate with intense concentration.
Viceroy Mountbatten, Nehru, Jinnah and Baldev Singh, came one after other on the radio. She too could hear their voice, coming from the mosque. And when loudspeakers got silenced, it was too late. Pakistan, for the first time after the Lahore resolution of Muslim League, 23rd March 1940, had got the assent of all four. But still, she was waiting if Gandhi ji would appear over the dome of mosque and would say, the very previous minute whatever was announced was wrong. But there was no Bappu. She averted her gaze towards the doors of her house. She was in tears as she knew what it meant, the Pakistan. Seventeen years of age is enough to understand what a country means. No?
“Pakistan Zindabad,” written over there, provoked an outburst of anger inside her. The green flag, with crescent moon and star, flapping in the breeze added to her fury.
“Pakistan Zindabad…Pakistan Zindabad,”
“Jinnah, Zindabaad,”
“Pakistan Mubarak ho,”
“Naare-e-Takbir….Allah Ho Akbar,” chants replaced all India radio’s voice. The sounds of crackers were not enough to show their happiness. A crowd of hundreds of Muslims trampled the silence of street. They were returning from the mosque, carrying the joy of Pakistan with them; finally, difficult birth of Pakistan had been announced. She closed her window and reached to aangaan.
“Taijaan, I want to wait for my Abbu. I won’t go to Pakistan,” She said. Seated on ground, her Taijaan was searching for stones in the rice filled tray. Before her Taijaan could reply, her Taujaan entered into doors.
“Pakistan Mubarak ho Begaam,” He greeted with a smile. She being disappointed returned to her room.
“Heena is not willing to come with us,” she listened to her Taijaan. Both, her Taijaan and Taujaan were discussing fictitious Pakistan and she was crying lying in her bed. She knew she had been left to die by her Abu.
“Hindus are sure to get violent now. It is risky to live here. Dacca is sure to be part of Pakistan. Why not move to Heena’s Khala? We would settle there afterwards?”
“And what about Heena?”
“What Heena? Does she wish to be raped here by Hindus? She must have to come with us,” Her Taujaan blazed with anger. Listening to her Taujaan she went numb. She wished if she could commit suicide but she was still left with some hope that her Abu was sure to return. She wished if she could avoid Pakistan anyhow. But how helpless she was?
Anyways, a month passed but her Abu didn’t return. Her locality had turned to a graveyard. Houses of the locality were getting vacant day by day. Most of the Muslims of her locality had already marched towards fictitious Pakistan. And today a horse cart halted at her doors. Yes, she too was supposed to leave today with her Taujaan
Her Taujaan had already sold the property to a local Hindu.
“Heena,” Her Taujaan screamed. He loaded the cart with another box.
“Begaam,”
“Heena,” she kept screaming.

Finally, her Taijaan and she appeared in Burkhah. Behind her burkhah she was giving her best to hide her tears. She sat on the cart next to her Taijaan.
“Move,” her Taujaan ordered the driver. And their cart left. Slowly and slowly Heena had been getting unconscious. The poison she ate had started its work. She saw the mosque, the banyan tree, her Madrasa, street dogs, Salim’s house everything passing before her eyes in a blur. She was dying.
“Khuda Hafiz,” it was all she could murmur 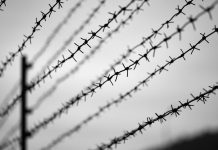 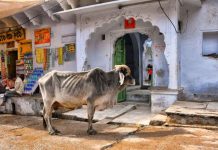 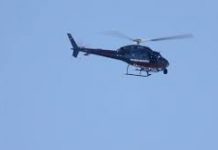