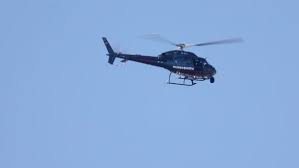 Trilok was sitting at the front of his house in the morning sun. Holding the day’s newspaper at arm’s length, he was scanning the pages with difficulty. He had misplaced his reading glasses once again.

‘The country is going in the gutter’, he muttered stroking his bald head.

Laxmi called for him from the kitchen; his sooji halwa was ready.

He neatly folded the newspaper, pressed it under his left armpit, held his lungi with his left hand, picked up the faded blue plastic chair in his right hand and went inside.

‘For so long I am calling you. Growing deaf, eh?’.

He looked at her with tired eyes. She was standing at the kitchen’s door. A small woman with her sari hitched and beads of sweat on her forehead crowned by greying hair. The aroma of ghee was escaping from the kitchen behind her. He washed his hands at the tap in the courtyard and sat down on the grass mat at his usual place facing the basil plant.

‘Amit called. Was saying that he will take us this time with him to Pune. Ekdum pakka’, she said ladling halwa in a stainless steel bowl. The bowl had his name, Trilok Kumar, etched on its side.

He grunted. She stopped and waited for his reaction. But he gave none.

Laxmi’s stare was irritating him. He was hungry.

‘That boy will surely come to take us one day. You see’, Laxmi provoked him.

He kept eating. When he had finished he loudly cleared his throat and went to his room to lie down for his nap. In bed he thought about his boy. Not a boy anymore. He was Major Amit Kumar now.

Amit was born after twelve years of his marriage with Laxmi. There was not a single god left to whom they had not begged for a child. Trilok used to drive another man’s auto rickshaw those days. He remembered the nights outside the railway station waiting for fare and the abuse at the hands of the policemen and the little bribes for defying NO ENTRY to catch the fare before others.

When Amit started crawling, he bought his own rickshaw. He worked hard for him, sleeping three to four hours a day, sometimes less, earned money and saved it for his education so that his son could have a better life. A smile played on his face, softening the deep lines. He remembered his passing out parade in Dehradun. How strange Laxmi was looking in her bright new sari. The memory filled him with compassion for her. Poor woman. Her life had been hard.

It had been eight years since Amit’s commissioning in the Army. He was given four weeks of leave after that. Going back when his leave was over he had promised to return soon to take both of them with him where they could live comfortably. But why had he not come yet?

‘Must be that girl he married. Why else would he not come? We are his parents’. Laxmi’s voice dragged him out of his reverie.

‘At least he is happy there, I suppose’.

‘I hope so. First getting married like this and now he calls even less’.

He got up and picked up the newspaper. Laxmi went and fetched a steel plate full of ladyfinger and an old knife, its handle wrapped with string. She squatted in front of his cot and began cutting the vegetable in small, equal sized pieces.

The bag was heavy and he was sweating from the effort. But he kept walking. No time for the rickshaw now. It was not very far anyway. There was a strange shooting pain in his chest. He felt his chest burn. It was difficult to breath. He struggled and looked around for help but the road was empty. He tried to call Laxmi on his phone but it fell from his hand. Everything was spinning around him now. He heard the sound of him falling on the road but didn’t feel anything as if he was outside his body and hearing everything like an onlooker. The bag spilled its content in the dust. Just before all the sounds died and whiteness engulfed everything he saw a helicopter in the sky. He heard the voice of five year old Amit.