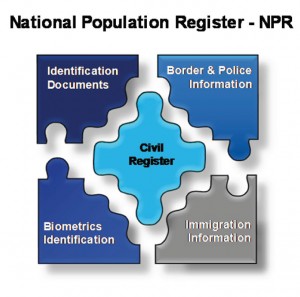 Thiruvananthapuram, Nov, 16: The Director of Census Operations- Kerala- has requested the public to attend the National Population Register camps across the State. All residents in the state are requested to attend the NPR camps compulsorily. The perspns who have registered AADHAR should bring the entrolment number in the camp.

“So far, we have collected the biometric data of approximately 95 lakh people across the state. The aim is to complete the enrolment of people who have been enumerated under the Census 2011 by March 31, 2013,” Director of Census Operations, Kerala, V M Gopala Menon said.

“The NPR project aims at creating a ‘comprehensive database’ of all usual residents in the country. Unlike Aadhaar, this is a compulsory exercise, but few people are aware of this aspect. People who have enrolled under Aadhaar fail to turn up for NPR enrolment thinking they’ve already enrolled. But NPR is mandatory,” Gopala Menon said.

Three Poems for Her