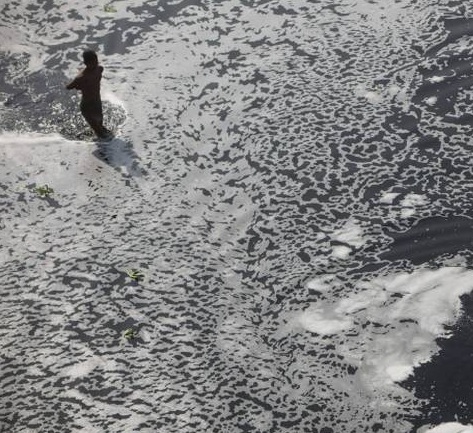 Post modernism polishing posterior part of civilization.
A raven raised its bruised beak to battle with the ugly bestiality.
A bovine call disturbed the desolate domain, traverse tranquility.
I was standing on the bank of Yamuna full to the brim
as consummate as a pregnant woman at an advanced stage.
My magenta look craned up to salute dark clouds
pouring down torrentially melting meticulously .
The fugitive sun took prolonged shelter behind the murky clouds.
Bacteria and virus were rejoicing with jubilant exuberance infesting on human bodies.
My moist feet were eager to soak warmth from the core of the earth!
Feline fidelity frowned at the frozen fossil of moral inertia.
The ether wave echoed a shrill cry floating around the globe.
Granules of gorgeous glitters made a garland
To pay last homage to the corpse of human civilization.
I descried a floral chariot descending from the void
To abduct me to an alien planet 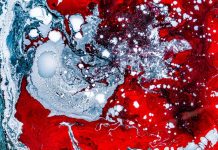 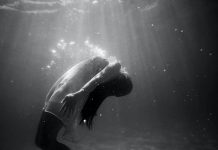