we new
Home Contents Book-Reviews A bond between mother and son – A Book Review on Emma... 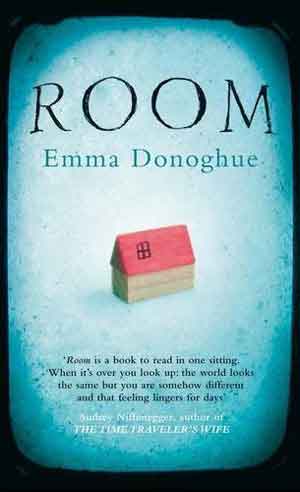 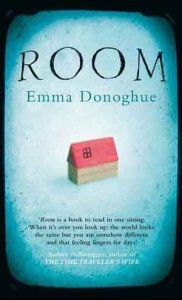 Room, the multi-awarded novel by Emma Donoghue is one of the most pleasurable books I have read in recent past. It’s really a great treat for all book-lovers. We start this novel with the birthday event of a five year old Jack and move around his world which is limited to single, tiny room of eleven by eleven feet. He lives with his mother, both have captured here, and the most astonishing thing is that Jack took birth in this same room after his mother was abducted and imprisoned some of seven years ago. His birth is a result of multiple abuses she suffered from the captor.

Little Jack took birth and grew up till the age of five in this same room. For the author Emma, there was a limitation to spread her plot. But with in this short space, she develops the universe of Jack who is very smart as well as innocent. His ‘Ma’ is not only his mother, but ,a friend, sister, father and everything.

This is an artistic potential of Emma that, she never loses her control over the plot, takes readers into the Room and captures us with Jack and his Ma.The language Emma used here is her own linguistic innovation which doesn’t become hindrance in the flow of narrative. Jack has his own words, own language. Words that he used come repeatedly in the novel. That is the result of his limited exposure of communication. He can either talk to his mother or with himself. He hasn’t any other companion to talk with. But still, he is a chatterbox, keeps speaking and questioning without worrying about the mood of his mother.

Most of the time while reading the novel we feel that we are just standing somewhere in the nook of his room and observe the world of Jack and his Ma. His mother is very surprising and humble character in this novel .She always struggles to keep her son happy, tries to fulfill his every demand within limited resources available with her. Even she is very careful about the educational development of Jack .She sings various rhymes for him, and Jack also recites them enthusiastically. Inculcation of values is her important agenda for little Jack. She always alert in that sense .Jack sleeps in wardrobe in the night, when Old Nick , the captor is expected to visit ,is a part of her endeavor in that respect ,because Old Nick shares her bed in the same room where Jack is present. so ,almost she locks Jack into the wardrobe . Jack counts the creaks of the bed in wordrobe.This is the most pathetic event in the novel.

Ma and Jack has their own secrets, those secretes are related to the use of language ,behavior ,manners, habits etc.For example ,for breast sucking Jack calls Some(I want some). This signal is only understandable to his Ma and not others .Jack has been spent his last five years in very limited space, only in a single room. The author has used a word room with capital R as Room everywhere in the novel. This Room itself is a main character in the story. Room provides space to move story, it is a vital platform in that sense.

Author’s imagination is one of the most important features of this novel. Because writing a novel with in a limited geographical dimensions would have been a big challenge for Emma. But she tackled successfully this issue. Most of the story is developed through the conversations between the characters, it might have been authors own trick to deal with the problem. Of course, those conversations are also readable and enjoyable. It doesn’t become monotonous.

Some time, during the course of reading, we feel that whatever little Jack thinks, speaks and behaves which is not suitable to his age. The novelist has presented him extremely mature. If we compare Jack with the children of his age around us, we can easily distinguish this difference. But after all, in order to build up a fictional character, Emma took that much freedom.

The most impressive feature that I observed in this novel is the bond between Jack and Ma. For Jack, Ma is his world. He is totally depended upon his mother. She performs every role for him. She doesn’t allow his any contact with his biological father Old Nick, the villain of the novel. His appearance in the story is very limited but still he is very influential. This crooked person has spoiled the life of a nineteen year old young college going girl and by locking her in a single room, he has been used her as her private property. Helpless girl (her name is not given) once tries to defend him but her attempt ended without success. Afterwards, he doesn’t keep any single harmful thing in the room to avoid any assault from her, and even she didn’t attempt again and suffers whatever came before.

Their ‘great escape’ from the Room is very dramatic part of the story. Here five year old Jack behaves like a fully mature person .Ma declares him dead in the presence of Old Nick, and asks him to bury his corpus somewhere far in the forest. If we peep into the psyche of any mother, it is really astonishing as well as pathetic to declare her own living son as a dead. But the situation made her to do so and little jack also acts as per her instructions and finally Old Nick is caught by the police and rescued both of them.

Room is an outcome of Emma Donoghues   much contemplation. Though the novel is inspired by a real life incidence, Emma had given it very own touch. She has webbed a special world for her characters that is mostly fictional and witnessed her creative capability. This novel was shortlisted for the most prestigious Man Booker Award apart from winning many literary awards around the world .It is also translated into more than thirty languages and a movie also released based on this novel.

On the whole, after reading the novel, we linger in the Room . Jack and Ma captures the space of our mind for long time, which is what generally called as a most important feature of any good work of art and Room remained successful in it.