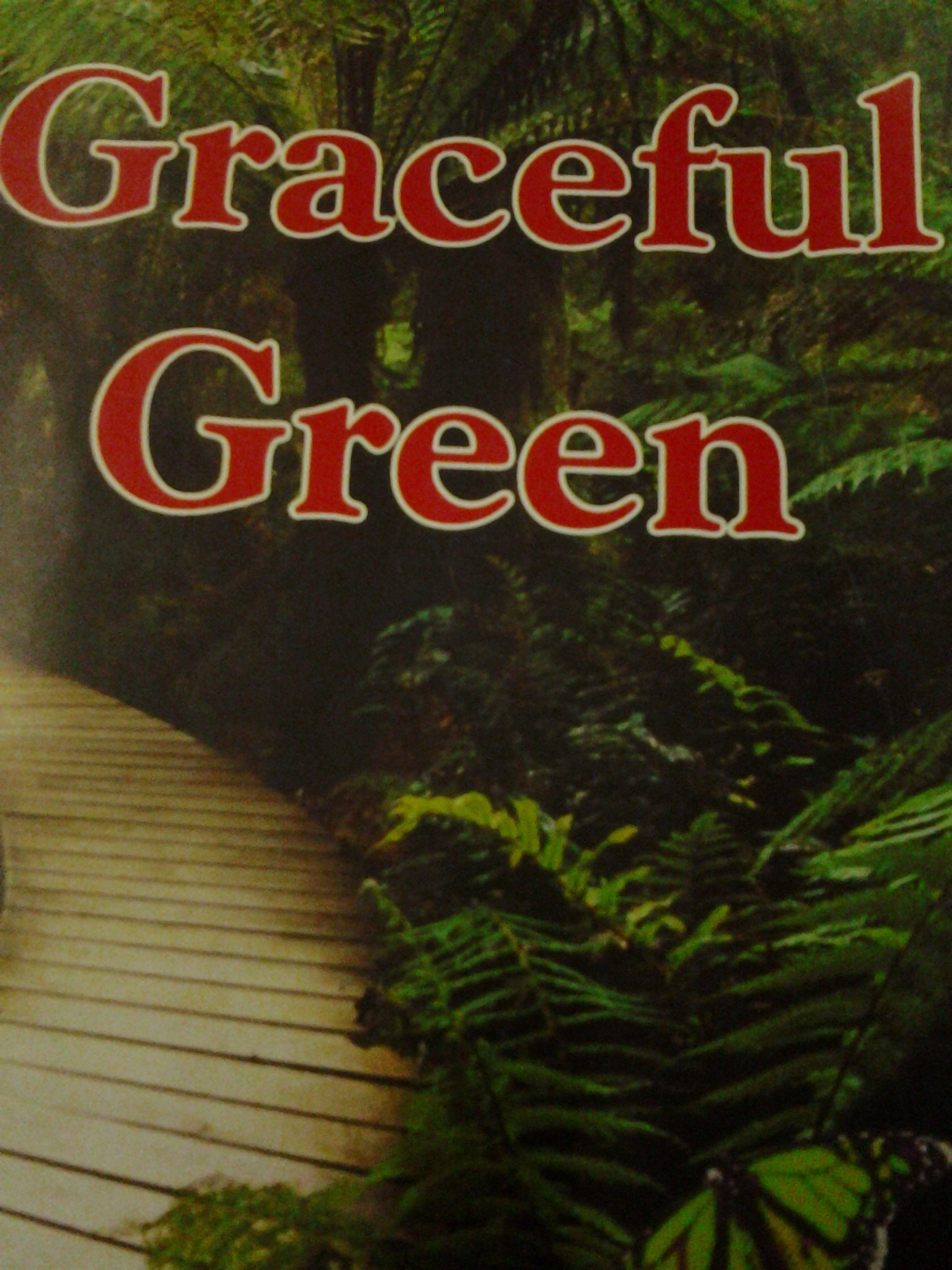 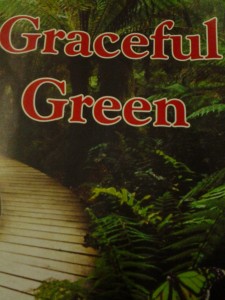 “Writing poetry is a fascination for some, a passion for some others while it is a religion for many. A poet does not demand rewards or awards. A word of appreciation fills his hungry heart with manna” says Sonia Dalia, which is the pseudonym of  Dr T. Sai Chandra Mouli, a former Professor of English. He is also a poet, translator and critic and was Visiting Fellow at Nagaland University in Nov 2005.

Being an editor of many anthologies of literary criticism and English language teaching, he is the author of Dynamics of Translation: An Indian Perspectives and Perspectives on Twenty First Century Literary Criticism. His first poetry collection is Delightful Dawn and Graceful Green is his second book of poetry, which he has dedicated to all his friends and fellow poets. It is a collection of 66 poems revealing his creativity and artistic nature.

‘Poetry, as declared by Shelly is the well-known passage describing the moments of literary creation, ‘is not like reasoning, a power to be exerted according to the determination of the will.’ This can be said about the poet after reading his poems.

The author seems to be greatly inspired by William Wordsworth, as most of the poems in the collection are based on nature. He fervently believes that, ‘poetry unites people, transgressing boundaries to create a congenial environment for co-existence with unmolested splendour of Mother Nature. A strong belief in the ability of man to lead a peaceful life motivates all right thinking people to pursue creative endeavour. This shows that he is a great devotee of nature like Wordsworth.

There are many poems in the collection which are based on nature like, ‘Monsoon Showers’, ‘Splendour’, ‘God’s Gift’, ‘Circle’, ‘Collage’, ‘Modesty’, ‘Super Summer’, ‘Graceful Green’, ‘Journey’ and many others describing different aspects and situations of life. The very first poem, ‘’Monsoon Showers’ tells us about the consequences of monsoon on this earth, that how people are overjoyed and benefitted by rainfall. He expresses his attitude in the following lines:

parched land opens up in hope

drops of rain reach or not

This is the feeling of not of poet only but of each and every individual who welcome monsoon after the experience of dreadful summer. In the poem, he has created a beautiful mystic atmosphere which has been carried on in other poems also. In the poem, ‘Succour’, he describes about the rare friendship which is existing in this nature. While in ‘Roots’ he shows his curiosity to know about his ancestor, as the lines indicates:

Every one longs to know

He has also further expressed his views regarding the significance of knowing one’s own ancestor in the poem.

There are poems viz, ‘Dreams’, ‘Cosmic Dance’, and ‘Meditation’ which are symbolic in tone. Poet being inspired by nature has used natural phenomenon like rain, lightning, blue sky, moonlit sky, sparkling stars, fleeting clouds, clusters of fruits on trees, bald branches in autumn and drifting clouds as symbols to convey his feelings.

The poem, ‘Another Day’ shows poet’s desperation in ‘Pinch of Love’ as he is reflecting his love for somebody. As a world citizen, he has expressed his desire for the peace and prosperity of this world in poem, ‘Prayer’ as he says:

Give every mouth a ball of rice

Let everyone live in peace!

The poet has shown his deep love and concern for his country in many poems. As India is a land of festival and he has described about one of the important festivals of this country, Holy in poem, ‘Spirit of Holi.’ Holi, which is the festival of colour, has been describes very beautifully by the poet as:

Friends and foes frolic in fun

Spirit of Holi spreads across

earth and heaven sway in glee!

There is an increase in terrorism, which is a greatest threat for humanity, this is being felt by poet and he has expressed his concern in poems like, ‘Terminator’, ‘Retribution’ and ‘India 7/9/11.’ In all these poems, he has tried to show the affects of terrorism on humanity. While poem, ‘Mera Bharat Mahan!’ expresses his deep respect for the women of his country. He has tried to highlight all the good qualities of the women of his country by comparing them with natural objects. The best example is when; he has compared them with Mother Earth, as he says:

In this way, he has not only praised women of his country but has also shown his gratitude towards his motherland. In ‘Song that Stirred’, through describing lines of patriotic songs like Tagore’s ‘Where the mind is without fear’ and Bankim Chandra Chatterjee’s ‘Jana gana mana’ he has extensively praised his motherland.

Then in ‘Come Back Again’, he shows his urge to call Mahatma Gandhi again on this earth to rescue our country from the state of miseries as he has rescued us from British Raj. He expresses his wish in the following lines:

Straits of terror stretch across….

As Poet belongs to city Hyderabad which is known for its culture and rich heritage and this is artistically described by him in poem, ‘Hello, Hyderabad.’ He has described each and every aspects of the city in the poem.  We can trace his love in all the lines of it. And in ‘Hail the Heroes’ he is congratulating the heroes of Team India for their emphatic win in the Cricket World cup. In ‘Catalysm, he has shown his faith towards his country by praising it whole-heartedly.

Poet is extremely depressed by the present condition of society, where day-by-day people are becoming materialistic and their relationship is being replaced by electronic gadgets.  People are going away from their loved ones and are inclining more towards these lifeless creatures. As the poet shows his regret:

In home T.V. a friend

It is very pathetic to see the present condition of society, where terms like love, friendship and kinship are fading away. In the same poem, poet has used symbol like ‘Cacti’ to show the barren feeling of people. He thinks that human heart is becoming like cactus, as the plant is known for its toughness and hardness so as humans are becoming. In this way, he has taken the help of nature to portray the feelings of humanity. He conveys his thoughts:

Snapped roots stare in the face.

Here, he seems to be agreeing with the views of Mathew Arnold in his famous book of criticism, The Study of Poetry. “Poetry”, according to Matthew Arnold, is a criticism of life under the conditions fixed for such a criticism by the laws of poetic truth and poetic beauty. And this he interprets as the application of ideas- grand ideas- to life. In the same manner in ‘Intolerance’, he is speaking about the increase of intolerance and loss of faith.

Poet also seems to be inspired by William Blake, the precursor of romantic poetry as there is clear inclination of it in poem, ‘Menace!’ The poem seems to be an inspiration of Blake’s ‘Tiger ‘and this he has reflected in the lines also when he says:

in the forests of night!’

beholden are we to Blake!

Realizing the importance of ‘water’ in any individual life also its power, he has dedicated, ‘Whose Right? Who’s Wrong? to it. There are other poems which dedicated to some great personality whom he respect a lot i.e. ‘Sublime life’ to M. S. Subbulakshmi and ‘Diminution’ to Prof C. D. Narasimhaiah.

Mostly the poems in the collection are written in blank verse revealing poet’s sensitivity, creativity, craftsmanship and viewpoint. Many poems express his deep emotions for Mother Nature, his country and many other social and moral issues of grave importance. There is clear evidence of his being greatly influenced by nature. Wordsworth is being called as worshiper of nature; same can be said to Sony Dalia as many poems in the collection are wholly or partially based on nature showing his deep love for it.