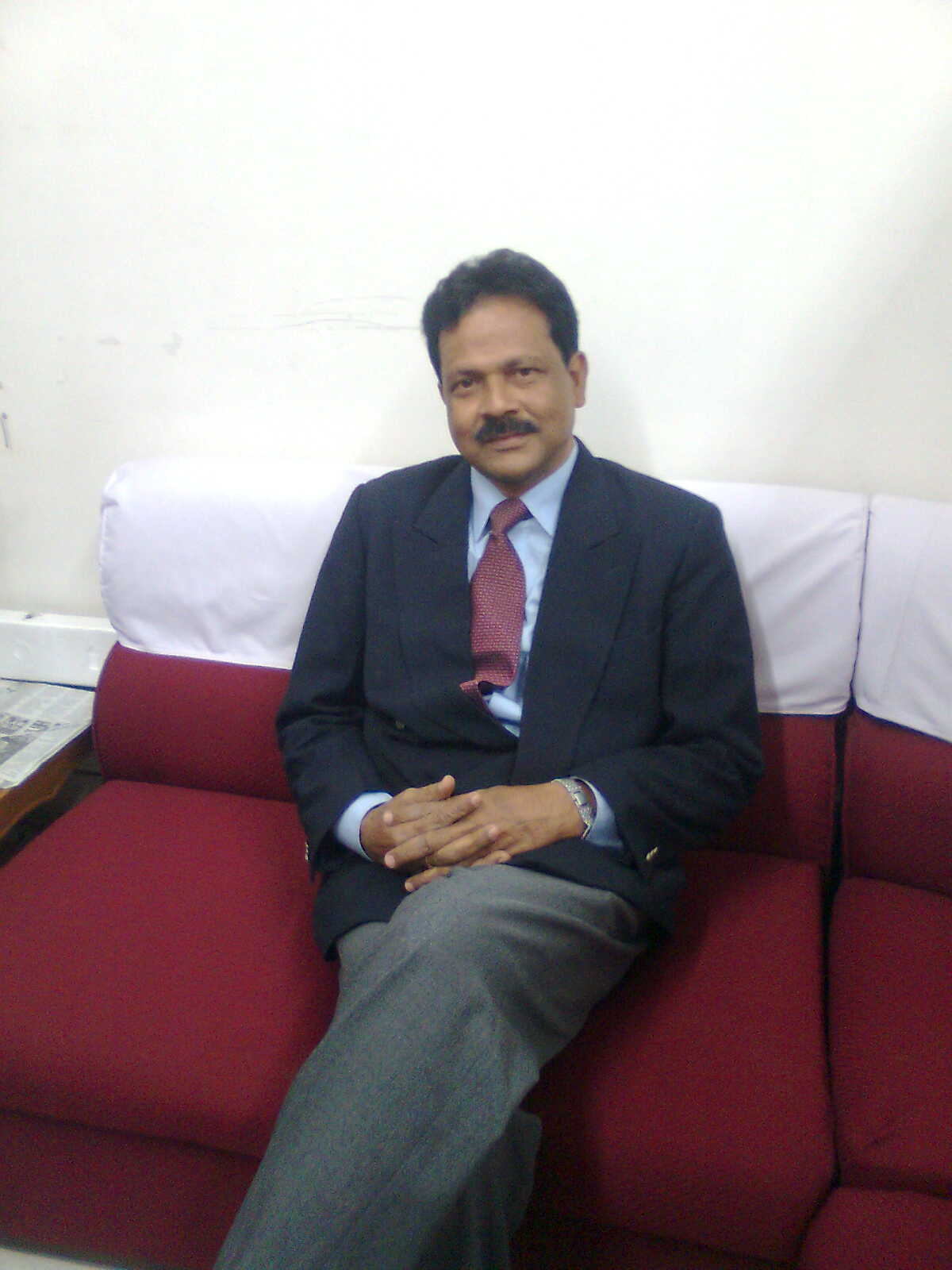 It gives me great pleasure to unveil The Grass-Flower, a beautiful collection of poems of Ramakanta Das .His sensitive perceptions of the life around him and his own inner being interacting with it stir the reader’s soul deeply touching the chords of aesthetic sensibility, which lie dormant in everybody waiting to be stoked and quickened into an extra-sensory joy. He is a wordsmith with a rare dexterity in his use of words and expresses exalted thoughts and emotions in a few simple words.His poems are very evocative and while reading these poems one would certainly be reminded of the great Romantics.There is also a Tagorean spirituality about them.He has a way with words and their subtle nuances and the sensitive perceptions of the lovely little things of nature like the grass flower,which opens significant vistas of the universe.This book of poems provides  a very enjoyable and elevating experience indeed,lifting up the spirit. It is a pleasure lingering over the lovely poems and the exquisite turn of phrase. Shri Das has grown a lovely flower-garden, and I am sure the readers will savour and enjoy the sensory and extra-sensory colours and fragrance of the grass-flower and other blossoms.

If a good volume of poetry is like a magnificent palace, its preface is like its façade giving us an impression and foretaste of what the interior would be like, and the foreword is its portico where the architect is introduced to the visitors.

Shri Das’s “Preface” tells us in lovely verse that his volume has passion and compassion and musings in rhetoric and prosody. Passion and compassion are aplenty in this volume, and aesthetic eloquence in graceful rhythm characterizes the poetry in this volume. The poems, with their colourful words and pleasing rhythms, now paint rainbows on our blank skies, now draw tears from our eyes, now comfort us with their warmth, and give us life in its abundance of thought and feeling.

Images like the grass-flower and the cactus, the dew-drops, the level-crossing, the anguished crane, the wounded bird, Draupadi giving birth to death on a massive scale, and the mountain rising into the air and perching on the little finger of the child-god, haunt our minds long after we close the book.

The poem “Grass-Flower” demonstrates the truth that beauty is associated with wonder like Botticelli’s Venus, with a look of wonder on her face, rising from the sea, like the city of Venice rising from the Adriatic sea or Lord Krishna’s Dwaraka, the cosmic city combining in itself his ‘spiritual magnificence and his mundane fragrance’. It is the microcosm becoming the macrocosm as the grass-flower pervades

The vastness of my world

My sky, my dream

In a helpless moment.

This helpless moment is the moment of truth and revelation when the mysterious connections and relationships stand revealed to the perceptive and receptive mind.

The grass-flower symbolizes the presence of true beauty and glory in simple common things as opposed to the veneer of glamour. We seek peace and joy in far off, highly publicized places little realizing that they are within us (like the grass-flower in one’s backyard).

Suggestion is the soul of poetry and great poetry says a little but suggests a lot. As we delve deeper we discover another layer of meaning in the poem. The grass-flower stands for the common man at the grass roots level, the source of the power of the leaders and rulers, who get used to high life in big places but one day suddenly, suffer the shock of recognition when they discover the common man/grass-flower close to their homes. The insightful mind will keep on discovering meanings in a poem like “The Grass-Flower”, which sets the tone for this stimulating collection of poems.

“A Few Drops of Dew” makes us think of the process of regeneration which includes the blooming of seemingly insignificant flowers with unsuspected potential like the grass-flower. The fertile dew drops promise a heavy downpour on the pale leaves of grass.

I was amused to perceive

So much of greenery

And even on my now- bald-head.

The last line suggests a mindscape in the expression “even on (in) my now-bald-head. Little dew drops create a landscape even as little bits of thought generate a mindscape.

At day-break the dew drops display multiple colours outdoing the red Gulmohar flowers at a distance. But then a sad sense of insecurity is juxtaposed to the increasing glow on the eastern horizon.

But alas! I didn’t know

Could feel so insecure

Merely at the sight

Of a pregnant eastern sky.

If the dew drops could regenerate a landscape and a mindscape, the eastern sky could also give birth to a glow and a ball of fire creating a different kind of landscape and mindscape making the dew-drops vanish into thin air.

The past and the present are juxtaposed as the future is temporarily blocked in “At the Level-Crossing.” The level-crossing signifies a transition from one world to another. The poet crosses over into a world of memories as he reaches the closed level-crossing, for he cannot move forward physically and, therefore, makes a backward journey in time. His mind registers several impressions like ‘the dry petals of a red rose’ and ‘the clumsy lines of a crumpled love-letter,’ each of which has a story, charged with emotions, to tell. Then he hears the honking of horns at his back as the level-crossing opens, and wakes with a start into the present, like the audience, lost in the horrifying murder scene in Shakespeare’s Macbeth, returning to the normal world of reality on hearing the insistent knocking at the gate and the loud murmurs of the protesting porter.

“The Cactus” presents an imaginative projection of the poet’s consciousness into a cactus and looks at the world from there ‘on a limitless sandy habitat’. . . ‘of blinding winds and winter’. . . ‘under a looming barren sky’. . .feeling ‘the primordial thirst’. . . ‘on a thorny throat’.

The vocabulary of discrimination in this poem is striking and evocative. The image of the cactus agonized by ‘eternal loneliness’ and ‘parched to the core’ comes alive through words and phrases  like ‘limitless sandy habitat’, ‘blinding winds and winter’, ‘looming barren sky’, ‘primordial thirst’, ‘thorny throat’, ‘forlorn hope’, ‘waterless eyes’, ‘eternal loneliness’, ‘dream of a pregnant cloud’, and ‘waiting for the breath and whisper of an Indian Sawan’.

The word, Sawan, like Gangotri in “At the Level-Crossing” has a magic and evocative power calling our attention to the waterless agony of the desert cactus, which is juxtaposed to Sawan or the rainy season or the Indian monsoon.

If a cactus were to have a mind and feelings of its own, we now know how it would think and feel. The poem is a remarkable achievement in the trans-projection of a sensitive human consciousness into the body of a cactus plant.

The pathos in two episodes of The Ramayana and an episode from the younger days of the Buddha is beautifully captured in “Nirvan”. Valmiki, the author of The Ramayana, was deeply hurt by the killing of a bird by a fowler and the anguish of its bereaved mate. His sorrow found expression in a poem taking him by surprise for he had never composed poetry before. The tragic incident caused the birth of a poet in him.  Shri Das puts it thus:

The wind among the reeds

As the sobbing crane

Of the ascetic’s poetic tremor.

Valmiki’s Ramayana has shown the path of Nirvan (spiritual liberation) to millions of Hindus.

Ahalya, the virtuous wife of sage Gautama, became the victim of God Indra’s lecherous trap and the thoughtless wrath of her husband, who cursed her to turn into a stone. She lay as a stone for centuries until Lord Rama came to that ‘solitude of wilderness’ and redeemed her.

Siddhartha, who later became the Buddha, was filled with compassion on seeing a wounded bird (‘feathered soul’) and, as he took it in his loving hands, its eyes pleaded for instant Nirvana as they could foresee his future Buddhahood in his compassionate act.

These three stanzas in this poem are excellent examples in verbal economy or the theory of ‘less is more.’ Good poetry demands the

reader’s active participation and each poem of Ramakanta makes the reader an active partner in the business of aesthetic creativity.

In “Draupadi”, Shri Das presents the essence of the great Sanskrit epic, Mahabharata, through a few suggestive word-pictures — ‘a concrete abstraction’, rising from the ring of ‘sacred fire’, for Draupadi was fire-born and not woman-born and, therefore, not an ordinary mortal.

A desire to possess

By the greedy mortals

Drew them to the

The wheel of arrogance

Submerged under a bloody bog

And the royal thigh broken.

The last four lines make us hark back to one of W.B.Yeats’s  great poems, ”Leda and the Swan”:

A shudder in the loins engenders there

The broken wall, the burning roof and tower

Ramakanta Das is an expert in expressing a lot through a few deft strokes like a skilful  impressionist painter.

In “Birth of a Melody”, he refers to this magic of poetic economy of words which

Into a million musical compositions

The story of Lord Krishna, as told in the tenth canto of Srimad Bhagavatam, is encapsulated in this poem. There is again the typical Yeatsian touch in the following stanza.

As you touch the dormant strings

With your nimble fingers,

Life-divine incarnates in the eighth womb

Of the dark cell, rubbishing the royal

Into the significant flora and fauna of Vrindavan

and fills the heart of the child-god’s foster mother with maternal affection.

Shri Krishna’s lifting the mountain called ‘Govardhan’ (known in Vrindavan as Giri Raj or King of Mountains) is described thus:

As the thundering music outpours and

Reverberates in the dark

The Mountain Royal takes to wings

And perches on the little finger.

Ramakanta Das’s poetic sensibility is rooted in Indian culture and this is evident from his use of culture-specific words like Gangotri, Sawan, Vrindavan, Kurukshetra, Draupadi, and the veiled references to episodes from The Ramayana, The Mahabharatha and Srimad Bhagavatam. His poetry reflects the major religions of India like Christianity, Islam, and Buddhism apart from Hinduism e.g.

When the evening descends on the domes

And prayer is heard aloud

From the Mosque, the Church

And again in “The Bell That Tolls” and “Words with a View” we are taken to the city cathedral:

Humbled to the knee

Under the hallowed dome

Of the city cathedral

With stars above head

During the midnight mass

There is beautiful allusion to the Buddha in these lines:

A shaft of light divine

It is clear that Ramakanta Das is secular in his outlook  and his poetry represents the composite Indian culture.

His main poetic technique is ‘suggestion evoking the appropriate emotion’, which comes very close to T.S.Eliot’s theory of “Objective Correlative”– a set of objects, a situation, a chain of events or a quotation, which shall be the formula of that particular emotion.” Now and then we find the golden touch reminiscent of some of the best of Yeats’s poems.

If poetry could be defined as the best words in the best order and the use of mot juste or the use of the most appropriate word, and if suggestion and symbolism rather than explicit statements is the very stuff of good poetry, The Grass-Flower would qualify for the top shelf in Indian Poetry in English.