Today, collective memory, defined as a people’s shared interpretation of a common past, is becoming increasingly thought of as integral to the formation of its public identity. Collective memories, however, are often beset with biases and oversight due to the unreliable nature of their narratives. Alongside collective memory, memorialisation—i.e. the process of remembering and commemorating—is also increasingly being viewed as a means to give recognition to what nation-states deem worthy of being remembered. That perhaps explains why states have a vested interest in exercising a monopoly over both.

In the Indian context, the Bharatiya Janata Party’s public memory-making project that includes renaming Indian cities and monuments, besides constructing newer ones such as the Statue of Unity, has brought the discussion on collective memory and memorialisation to the fore. At this juncture, the attempts at reshaping India’s collective memory, as well as the erasure of elements that the ruling party deems unfitting, demand a closer look.

While homogenizing narratives on public memory often claim to be hard facts set in stone, the formation of public memory itself is not a static, but rather, a fluid process that emerges from official and vernacular cultural expressions. Public arenas and urban landscapes are indispensable parts of the process of public memory making, which includes building memorials, statues, holding ceremonies, parades and festivals. Even though states are not the only actors in the field of memorialisation, they possess the largest stake in it, as well as the means to shape public memory through a multitude of practices.

The state’s tendency to alter public memory is most apparent after episodes of violence. States readily attempt to relegate traumas to the past, in an attempt to swiftly return to more civil and democratic space. Memory and trauma are also used regularly to mobilize political communities, thereby increasing the stake for states in controlling how the past is remembered. Memorialisation practices become all the more important in the context of newly formed states who are in desperate need of creating a cohesive narrative of nationhood using curated memories from their pasts.

It is, therefore, not surprising that in India’s post-independence years, there were no efforts to establish a memorial museum for those who suffered the worst of the partition. On the other hand, heroes of the Indian Freedom struggle were being commemorated at the time in various cities to build a sense of unity and pride among the masses. For instance, Shaheed Smarak of Patna and Lucknow commemorate the heroes from the Quit India movement and the 1857 Sepoy Mutiny. More often than not, these memories were glorified to portray the state in a more positive light and to brush under the rug the violence that had ensued during the partition.

In the initial years following its independence, the post-colonial Indian state viewed itself as the product of 200 years of heroic struggle for self-determination. This image was coupled with an overwhelmingly optimistic outlook towards creating a secular and united nation, hinged on the ideal of finding “unity in diversity.” An endeavour it would partially succeed in. The urban landscape of the capital also reflected these lofty sentiments, with statues of Gandhi and Ambedkar becoming mainstays. Raj Ghat, in particular, commemorated the life and teachings of Gandhi, and almost all Indian cities have at least one MG road.

The history of India’s freedom struggle dominated not just the urban landscape, but it also penetrated deep into rural folklore. It was also during these initial years after independence that the process of changing names of cities and monuments to rid them of colonial affiliations was first initiated—a practice that would result in the renaming of around 100 cities in India. Indigenous versions of names or spellings replaced their colonial counterparts such as Cawnpore, Bombay, Calcutta, Bangalore, Jubbulpore, Cochin, Trivandrum and many more.

The focus, however, soon shifted to the strengthening of nationalist narratives through public commemorations and memorialisation of brave Indian soldiers. For instance, the Wagah-Attari border ceremony started in the year 1959 was charged by an overtly masculine show of nationalism. On the other hand, memorialisation of soldiers who sacrificed their lives in the 1962 China war, was limited to military war memorials. The Amar Javaan Jyoti was constructed in 1971 to commemorate the soldiers of the Bangladesh Liberation War. Several monuments of remembering also came to dot India’s urban landscape—India Gate, built to commemorate the fallen soldiers from the British Indian army in the First World War, at the capital being the most prominent among them.

Memorialisation processes initiated by states have, today, become a crucial part of the transitional justice mechanism. Two decades after the second world-war ended, Holocaust survivors started sharing testimonies which led to the establishment of several museums. The Holocaust museums, Hiroshima Peace Memorial Museum, Kigali Genocide Memorial etc. are just a few examples. Spaces of public mourning and remembering have been critical in the healing of trauma for successive generations.

However, it was only in the 1970s that India finally initiated the process of building a memorial for those who suffered and lost their lives during the partition. Many have, since advocated for a memorial museum dedicated to partition victims for the healing of transgenerational trauma. There has, however, been no word from the government on the same, to date.

Nevertheless, in the 21st century, the memorialisation landscape of India has witnessed major developments. It is no secret that several urban monuments in India have been named after the Nehru family, for which the Congress leadership has been riled for years. Many airports, roads and even zoological parks have been named after members of the family who may or may not have been part of the government. Former Uttar Pradesh chief minister Mayawati went beyond just installing statues for Dalit leaders whom she wanted to commemorate when she authorised the construction of “Sthlas” or memorials in Lucknow and Noida. Instead, she envisioned the creation and claiming of public spaces for Dalits in a state that had long denied them space. Nonetheless, the move was publicly denounced by many as being delusional and self-indulgent, with the project eventually being deemed a waste of “taxpayers’ money.” Although, interestingly, when the Haryana chief minister Manohar Lal Khattar renamed Gurgaon as Gurugram to emphasise historical links to the anti-dalit mythological character Dronacharya in 2016, there was no comparable hue and cry.

In fact, in the last two decades, BJP governments at the centre and state levels have been trying to shape collective memory of the people to shape public identities and create a single shared narrative for the Hindu population—while also keeping Dalits and Muslims outside of its ambit. Even as the renaming spree of the current UP chief minister Yogi Adityanath has been noticed by many as an attempt to erase Islamic heritage, the attempt to create a collective identity for Hindus, not just through school education but also through commemoration and memorialisation practices, primarily within the urban landscape continue today.

While the Indian state has always derived its narrative as a post-colonial power from the freedom struggle, the BJP sees the heroic struggle for domination over the South Asian region as the product of 1200 years of struggle from “invaders and barbaric settlers,” including Muslim rulers. While a version of the militarised masculine story of heroic liberation was common in the post-independent Nehruvian era, as well as in the last decade, Hindu valour is the newest addition to it made by the BJP. The Prime Minister himself has claimed that we have only just got freedom from a “slave mentality lasting 1200 years.” As the BJP views the nearly 1000 years of Muslim Rule as an imposition and a barbaric occupation, they have also initiated a process of landscape cleansing, of which the demolition of Babri Masjid is the biggest example. Not only is the building of Ram Mandir a source of shared identity for a mostly heterogeneous Hindu society, but it also erases the memory of a definitive past as being unimportant—thereby denying India’s Islamic heritage.

Similar sentiments are reflected in replacing names with Mughal origins, with those of Deen Dayal Upadhyay, Vallabhbhai Patel, Vivekanand, APJ Abdul Kalam and the like. There is a conscious effort to cultivate collective memories glorifying “Hindu culture” and of those who promoted Hindutva. The construction of the statue of unity also shows the BJP’s attempt to project a hyper-masculinised image of India, marking a shift from the secular image that Gandhi’s image had signified in the post-independent time period. In 2016, the first statue of Nathuram Godse was unveiled by the Hindu Mahasabha in Meerut—an act that speaks louder than words. Even though the renaming of the dragon fruit to Kamalam, last month, is nothing but hilarious, the intents behind BJPs renaming spree are anything but.

Salonee Shital is currently a PhD candidate at the center for international politics, organization and disarmament. Her area of interests includes transitional justice, identity politics and war studies. 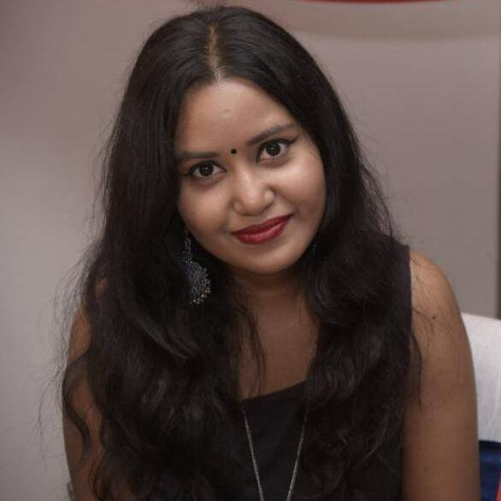