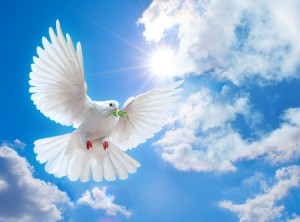 “Peace between countries must rest on the solid foundation of love between individuals.”

Literary and cultural expressions and activities are always made a sacrifice at the altar of political plays in the modern world. Political decision makers, especially from India and Pakistan try to divert the attention of their respective citizens from their failings by creating artificial tensions between the two armies and the governments ultimately to make the people sentimental and antagonistic to each other. This time it was triggered by Pakistan to catch fish in the coming election and the counterpart (India) as ever, responded in the same unreasonable and emotional way by first sending back Pakistan hockey players from India and then by trying to cancel the Pakistani theatre group, Ajoka, run by the peace activist, Ms. Gauhar to stage a play in India. But these unfortunate decisions taken by the Indian organizations fearing the extremists groups in India fortunately reveals and consolidates the great truth that literary and cultural expressions have the antidote in them to quench mutual hatred and misunderstanding. Cultural exchanges can bring together people disrupting the pseudo tensions created by political drama. Hence it is the urgent responsibility of cultural organizers and literary media to arrange more programs involving artists and writers of India and Pakistan in the coming years until finally the two countries become friendly even politically.