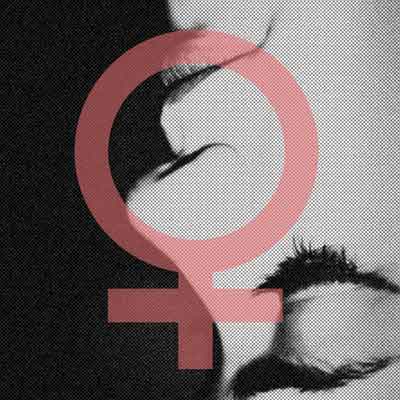 Bama’s Karukku (1992), Shashi Deshpande’s The Dark Holds No Terrors (1980) and Nayantara Sahgal’s Rich Like Us (1985)  depict stories set in  three widely divergent social contexts in terms of religion, caste, class and rural/ urban setting.  Set in a rural Dalit Christian context, the female narrator in Bama’s  Karukku depicts a sense of insufficiency of Christianity, oppression of Dalits and fundamental issues of safety and survival of women in her community.  Shashi Deshpande’s The Dark Holds No Terrors articulates frustrations, disappointments, grief and personal problems  of its urban, Hindu middle class, educated professional heroine. The women in the novel Rich Like Us reflect the experience entailed in being a part of highest rung of social hierarchy that has historically enjoyed access to wealth and political power. The paper explores divergent models of femininities that surface in these three novels on account of variations in social contexts.

While the variations fracture notions of a monolithic Indian woman, at yet another level they also highlight workings, of what Rajeshwari Sunder Rajan elaborates as, the double and contradictory sense of the idea of “belonging to” their class, caste etc as this belonging can result in both privilege and oppression.  Therefore ““belonging to” has a double and contradictory sense  as it means both  “affiliated to” and “owned by”: the one indicating voluntary and participatory membership, the other secondariness, functionalism and (merely) symbolic status”(Rajan 4). Similitude exists between these novels as they depict women who react to the condition of “secondariness” and attempt to explore, transform and challenge insufficient and limiting versions of roles such as that of a mother, wife or a daughter mandated to them within the dominant definitions and ideologies of family and society.

Due to this shared experience, even though differences in religion, caste, class and rural/ urban setting pose a challenge for a “viable feminist politics” , “in the interest of a transformative politics, differences must be managed, if not transcended” (Rajan 3). Similar rejection of rigid boundaries is reflected in Sharmila Rege’s comment where she proposes that the internal critique of Indian women’s movement  does not call for non-Dalit woman to “freeze into guilt or to celebrate an uncritical Dalit womanism” and submission to some “imagined authenticity of homogenized Dalit woman’s voice (“Real Feminism” 493).

Differences in religion, caste, class and rural/ urban setting produce variations in the practices of patriarchy that produce variations the experience of being a mother and a wife. For example, the women’s work in the household that consists of series of tasks that need to be done each day is singularly a woman’s responsibility in these novels. Her absence even for a day is “serious for the household” as no one would do her work in her absence (Krishnaraj 37).  The is due to the assumption that traits such as self-denial, nurturing, care-giving etc are intrinsic to women whether they are Tamil Dalit Christian women who labour in fields and at construction sites in Karukku, Hindu middle-class professionals in The Dark Holds No Terrors or elite Kashmiri Brahmin housewives in Rich Like Us. Bama describes that for her mother, grandmother and other women to even cook kanji, a thin gruel of rice, had  to begin by earning that days quota by working “from sunrise to sunset, without any rest” on the lands of upper castes (Karukku 41). This work included agricultural activity such as ploughing, manuring, sowing etc, or work at construction sites such as digging wells, carrying loads of earth, gravel and stone, work at brick kilns or going to hill to gather firewood. The household duties are performed by women even when they cross the threshold in these fictional works to earn the livelihood along with the men. Sarita in The Dark Holds No Terrors is also responsible for household duties but utilizes the services of Jankibai in whose presence she does not have to “worry” (71). Sarita’s access to such a support enables her to pursue her career and provides her space to retreat in her maternal home in search for self. In Rich Like Us, Sonali’s mother, who belongs to elite society, begins her daily routine at 4 a.m with fetch water from the well followed by housework, grinding spices and the rest. Even when she is physically indisposed after one of her many pregnancies, she would cook by “leaning out of bed to stir dal on the stove” (RLU 30).  The comparison makes apparent that due to essentialist notions of women  as self denying nurturers and caregivers, the household duties  are sole responsibility of the women. However due to the different social locations, the characters make use of different mechanisms to cope with the pressure to do so.

The comparison of novels also presents models of mothering. Many Dalit women that Bama represents are resilient and possess a strong survival instinct. These women are not helpless mute subjects who are only being acted upon inspite of severe hardships. While the Dalit mother can’t nourish her daughter in ways that a middle class mother can but she leaves her a different kind of legacy. Rather than  teach the daughter to ‘fit in’, she teaches her to ‘make space’. It is owing to such a model of mothering that the narrator manages to gain education for herself. A model of mothering the reader encounters within the middle class world of Deshpande is that of the heroine’s mother. The heroine’s mother is complicit with the patriarchal agenda of socializing the girl child  into “secondariness” Rajan refers to above. The mother considers Sarita as a liability due to which she systematically rejects her and unleashes emotional violence upon her. Sarita feels intense “grief” due to the feeling that she is “unwanted” and makes her feel  inadequate (TDHNT 83). A similarly problematic relation between the mother and daughter is depicted in Rich Like Us. Sonali’s moral and intellectual development is fostered by her highly educated father who for instance is described as having inducted her into Gandhian values. On the contrary her mother is unable to transcend regressive caste based discourses and is heard complaining that after independence “untouchables [were] behaving like everyone else” (RLU  188). In the novel when the Emergency is declared, Sonali is with her father and has unspoken access to his thoughts- a connection that the text falls silent about with regards to her mother. “Papa was thinking of battles for freedom fought and won and all that sacrifice now come to this” (RLU 198). Such an analysis seems to suggest a juxtaposition of the father – mother image where the image of mother is devalued because of the assumption of inability to transcend traditional discourses and engage with the new project of nation building.

Significantly each of the novels also include women who reject these roles and stereotypes along with the very institution of marriage such as for example the unnamed narrator in Karukku , Sarita’s friend Nalu and Sonali in Rich Like Us. These women challenge the idea of “motherhood as the primary destiny of women” and hence refuse to be confined to the domestic tasks of mothering, feeding, nurturing and caring for the members of the household (Krishnaraj 36). In choosing to do so they risk being devalued, discredited and deemed as superfluous by their families and society.

All these novels highlight the role of education which makes gainful employment possible. Gainful employment in turn enables resisting various forms of marginalization. The idea that the wife needs to possess lower caliber than the husband is a common hurdle to their education. Bama’s parents were against her college education as it would then be “difficult” for her to “find a husband” (64).  Likewise  Sarita has to fight her mother’s opposition to her desire to pursue MBBS. Sonali tops the civil services exam, but finds that her abilities threaten men such as Kachru. Even though none of these novels depict a denouement where the heroine acquires a definitive knowledge of her true self, the heroines embrace the future with hope and confidence which their education enables. Thus as the narrator of  Karukku admits that “for the time being, I cannot see my way ahead. Yet I believe it is possible to live a meaningful live…rather than live with fraudulent smile, it is better to lead a life weeping real tears (104). Sarita too rather than arriving at a static ‘true’ self, begins the process through which she relates the fragments of her self as she realizes that “the guilty sister, the undutiful daughter, the unloving wife become whole again. But if she was all of them, they were not all of her.” (TDHNT 220). Sonali observes that she “was young and alive, with…century stretched out before… waiting to be lived” (RLU 301).