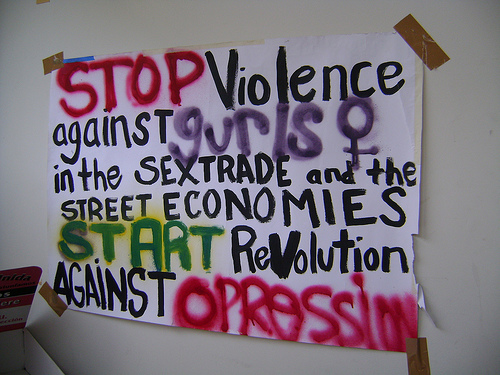 Feminism has occupied an important role in contemporary literary criticism. Feminist literary criticism strongly takes side of women. Its purpose is not to make another parallel system, but to present the individual existence of women. It stresses on the equality of the sexes and fights against the discrimination against women. It reveals the ideology of patriarchal society in works of art and searches the representation of women in literary texts. Feminist see literary text as a battleground where actual power relations between men and women are played out. Feminism is an ideology which seeks to understand the world as well as to change it for the empowerment of women.

The patriarchal system of society is the reason of women’s suffering which looked at women from their point of view. This system even forced women to look at themselves from male point of view.

“Basic of patriarchy is the conflation of sex and gender roles. The biological sex distinctions of male and female are by and large acceptable to feminists, though with the increasing attention paid to homosexuality even these distinctions are being examined afresh. But the invariable association of socially established gender characteristics of masculine and feminine with these biological sex distinctions is what feminists challenge together with the sexual division of labour. The social roles of wife, mother, housewife assigned to women go hand in hand with a division into the public and private domains, the first being the sphere considered proper to men, the second to women. Women become ‘the second sex’ in Simone de Beauvoir’s telling phrase…..men are considered to be bold, strong, assertive, independent , aspiring ,rational, logical. Women on the contrary are considered to be timid, yielding, gentle, dependent, self-sacrificing, emotional, intuitive” (Kudchedkar 33).

Mary Wollstonecraft in A Vindication of the Rights of Women, J.S. Mill in The Subjection of Women underlined the need to end the social oppression against women. In the early 20th century Olive Schreiner, Virginia Woolf and later Simone de Beauvior discussed about gender consciousness and raised the issues like education, marriage, economics, sexuality and morals. It is considered that feminism grew out of the ‘women’s movement’ and ‘consciousness raising groups’ of the 1960’s. The first major work by a woman writer addressing the problems of women is Simone de Beauvoir’s well known book The Second Sex. With the 1960’s, the women’s movement became a major political force. This movement took various issues for the gender-debate and tried to expose the patriarchal ideology. Feminist thinkers borrowed and adapted numerous modes of critical thoughts to frame a new and real image of women.

The feminist critics seek a place for the empowerment of women through literary texts. They assume that literary text naturalises the oppression of women through its stereotypical representation of women as weak/vulnerable, seductress, obstacle, sexual object of the male’s desire, a procreating device and so on. They argue that literary texts reproduce social biases that see the woman as only the “other” of the male. The feminists criticize a second and other place of women in society and suggest that inequality of sexes does not have a biological basis or origin; it originates in the cultural constructions of gender difference. They feel that such type of inequality is the hindrance in the empowerment of women. There is the need for a canon of women’s writing. The writing of patriarchal society puts a patriarchal ideology. A woman’s texts will suggest an alternative picture of the conditions, desires, psychology of the woman. The feminists seek to formulate either a gender-neutral language which will reject patriarchal terms like ‘history’ and ‘mankind’ and where the voice of the silenced subaltern-woman will provide an alternative history. They try to focus on economic independence and a separate space of women and appeal to enter in the positions of power. They also appeal to the readers to read the text without the gender consciousness. Marxist feminism tried to open the complex relations between gender and the economy.

“Socialist/ Marxist feminism was a powerful strand of the second wave during the late 1960s and 1970s, in Britain in particular. It sought to extend Marxism’s analysis of class into a women’s history of their material and economic oppression, and especially of how the family and women’s domestic labour are constructed by and reproduce the sexual division of labour. Like other ‘male’ forms of history, Marxism had ignored much of women’s experience and activity and Marxist feminism’s primary task was to open up the complex relations between gender and the economy” (Seldon 135).

Feminism is an active movement resurfaced in the 1960s which assures about the empowerment of women. Feminism has shown various opportunities for women to strengthen themselves in various fields. The debates among feminists in the universities across Europe and America led to active research in the field. The feminist movement produced a considerable bulk of scholarly writings on the problems of women. In literary criticism, it began with the realization of the political significance of the images of women produced and promoted in literary works. As a polemical movement its primary concern in literary criticism was to explore and combat the stereotype representation of women in literature. This marks an important connection between literary criticism and feminism as a social movement. It attempts to transgress the conventional subject divides and integrate positions and perspectives developed in different disciplines such as literature, philosophy, psychology, anthropology and sociology. In the 1960s and 1970s feminist theory was predominantly Western but since 1980s we find a large number of non-western writers getting seriously engaged in feminist debates. This has become a continuous support for the enrichment and empowerment of women.

Feminist movement creates self awareness in women. This self awareness helps to enrich their life. The process of self awareness transfers their hidden, individual fears into security and independence. Feminism studies of women as writers, and its subjects are the history, styles, themes, genres, and structures of writing by women. Feminism does not only seek a place for women in literary texts but it seeks a place in society. Their appeal is to be considered them as a human being and equal to the male. Today if we see the condition of women in Indian society, we come to know that their place is better than previous but it is not satisfactory.  The women are rejected before their birth through the abortion of foetus. If this is a scene in the society, we need to stress this issue through literary texts. Today is a more need to write about the inequality in the society. Feminism is a supporting stone for women to preserve their identity, their existence. It is used to relieve women from the burden of patriarchal system. It makes clear vision of male being and creates a feeling of equality in them. Overall, Feminism helps to enrich and empower the life of women.