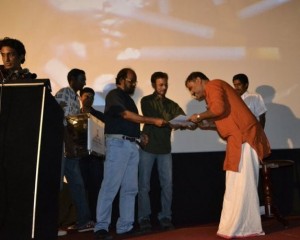 GIST (Generating ideas for Social Transformation), a platform to create awareness on the social evils and to empower the general public to revolt against such evils. GIST was officially launched by the renowned film maker Sri. Lenin Rajendran on World Environmental Day, the 5th June at Kalabhavan Theatre, Thiruvananthapuram.

This platform is being led by professional youths from various fields who aspire to act as a think tank in generating creative ideas for social transformation.

It is appreciable that the platform came into being with a successful campaign against use of tobacco that shall be launched with its prime objective of saving the human race from the terrible health hazard.

It is a curious coincidence that the campaign ended on the World Environment Day which reminds us the importance to conserve nature and its biodiversity to save human race.

It is noted that GIST could attract the attention of the public in no time due to its genuine aim and commitment to spearhead the anti-tobacco campaign in the society. 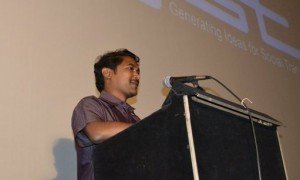 The platform was widely accepted and its aims and objectives were discussed over the social networking sites in the internet especially Facebook (GIST facebook group).

GIST utilised the one month campaign from May 5th to June 5th for organising various programmes to propagate the message of ‘say-no–to-tobacco’ .

The advertisement/awareness film making and poster designing competition in connection with the campaign, turned successful with participation of people from all over Kerala. From among the various ‘one-minute short films’, about 15 films/documentaries were selected by the eminent panel of jury comprising of film director Sri. Lenin Rajendran and famous camera man and advertisement film p 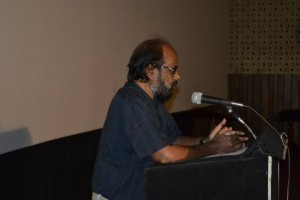 The selected 15 short films were screened at the Kalabhavan Theatre in connection with the launching of the programme. No one can deny the quality of those selected short films, as each one depicted the concept to its best.

The focus theme ranged from the self-killing/suicidal attitude of the smokers to the interesting suggestion of its usage as a best pesticide when combined with nicotine.

Those 15 short films were handed over to the Department of Health, Govt. of Kerala free of cost for its anti tobacco awareness programmes.

Accepting those short films Sri.S.Pushparaj, District education media Officer from Health Dept, said that those will be utilised and screened in various programmes conducted in the rural and urban areas of the State.

This acceptance is the right honour to the makers of those short films and at the same time their dedication and selfless interest and solidarity to the noble cause.

The programme honoured the young member, master Akshay who participated in the poster designing competition. He was given certificate and gift by Sri. Sunil Ibrahim. GIST honored the winners of the Poster designing and Advertisement film in the programme. Mr. Abdul Rahim bagged the first place; Dhanesh A 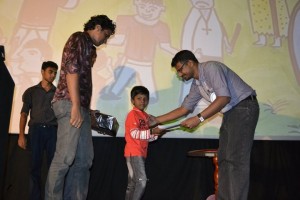 nand the Second place and Mr. Adarsh Girish from DWIZ Marketing the third place for the Poster Designing. Mr. Diljith Gore was declared winner of the Advertisement film in the no-tobacco campaign. Mr. Thomaskutty Kadavil and Sooraj Tom shared the second and third place respectively.

In connection with World No Tobacco Day, the May 31st, GIST organized a road show highlighting the hazards of the tobacco. The show was led by celebrities like Bharat Suresh Gopi, Ms. Parvathy Omanakuttan and Sri. D. Vinaya Chandran also attracted wide public attention (Yentha.com report)

GIST is the creative 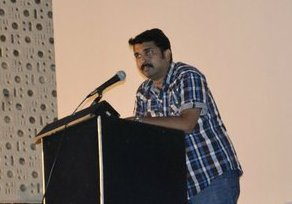 They emphasised the necessity why more creative thinkers should adjoin their activities. The anti tobacco campaign was their premier intervention. They have a lot more to do in the coming days. They said they will come up with a webiste www.gistindia.com shortly to inform their plans and programmes.

They request the support of all for helping them to achieve their vision of social transformation. The speech of Sunil Ibrahim during the occasion reminded the words of Gandhiji –“A principle is the expression of perfection, and as imperfect beings like us cannot practise perfection, we devise every moment limits of its compromise in practice”.

He said GIST is their humble attempt to demolish such limitations of the common man to accept those evil compromises in life. It is noteworthy that the present era youth should not rather confine themselves to the computers and their professional carrier with apolitical attitude devoid of any social committment.

Hope they will be accompanied by the like minded people in their mission.