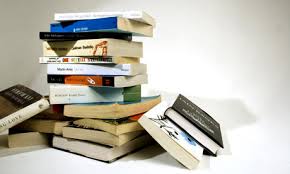 “the prose writing – both fiction and non-fiction created in this period by Indian writing working in English, is proving to be stronger and more important body of work than most of what has been produced in the 16 “official languages “of India and that this new and still burgeoning ‘Indo-Anglian ‘literature represents perhaps the most valuable contribution India has yet made to the world of books. He even went on to claim that it is wrong to say the west is foisting an alien canon upon Indians. On the contrary, the Indians are imposing their style and ambition and verve on the west”

Probably Rushdie says so because most of the writers of this period, particularly of the last three decades like, Vikram Seth, Vikram Chandra, Amitav Gosh, Jhumpa Lahiri, Kiran Desai,Allen Sealy, Shashi Tharoor and many more were being published abroad, receiving hefty advances, getting rave reviews and winning literary prizes. Moreover, they were using English as the first language—bending and twisting it as they liked. This caught the attention of the academicians and universities in India, which introduced Indian writing in English at graduate and post graduate levels and the university grants commission funded hundreds of seminars on this subject. And we all believed that Indian writing in English has come to stay. But Rushdie, it seems now could not see that the unusual interest in Indian writers in the West was only a promotional gimmick and could not last long.

Maybe, it is for this reason that Tahmima Anam, the winner of the commonwealth writers’ prize for her first novel the Golden Age in an interview published in The Times of India dated August 7th 2011 says,

Surely, Anam’s remark calls for a critical inquiry as to why the momentum gathered by Indian writing in English in the eighties and nineties ran out of steam thereafter.

The reasons for the unexpected rise and equally unexpected fall in the fortunes of Indian writing in English can be traced to the change in the social and intellectual climate in the last quarter of twentieth century, first in England and subsequently in India. The writers of this period abandoned the single-mindedness and seriousness of unity, purpose and design of artists, intellectuals, purists and stylists as Joyce, Kafka, Eliot, Woolf, Proust, and other “High priests “ of modernism and preferred a hotchpotch of styles, plots, language and historical forms. David Lodge described this shift as “aesthetics of compromise “and the novel of this period as “crossover fiction “. Martin Amis called it “trickiness of post-modernism”. Thus “realism “of earlier times metamorphosed into “magical-realism “, “hyper-realism” and dirty realism. The most appropriate word and the one Rushdie himself uses to illustrate post modern trickiness in Indian English is “chutnification”. Midnight’s Children is a model of the process of chutnification.

The phenomenal success of the Midnight’s Children encouraged other Indian writers to shed their inhibitions and use the novel to suit their fancies.This is obvious from the styles, the plots and the themes they have used in their novels.Vikram Seth’s A Suitable Boy is bulkier than the Russian novels and full of gossip and social banter among Punjabi families. Since most of it was about marriage, the novelist was bracketed with Jane Austin.

Vikram Chandra came out with equally bulky novels called Red Earth and Pouring Rain and the Sacred Game. The former was a medley of characters from several countries and gods of death and reprieve. The latter was about the nether world of crime corruption and prostitutes blurring the line between the law and the lawless. The novel sizzles with plentiful native abuses and expletives. Chandra uses non-English words with relish and abandon not available to Indian writers in English of an earlier era.

The Great Indian Novel was highly acclaimed on its publication for its ingenious plot. It is an ideal example of turning mundane matters into myths and legends. In this novel, Shashi Tharror matches and transposes the declaration of Emergency and the struggle to restore democracy into the war between Kaurawas and Pandavas in the Indian epic. The Mahabharat, event for event and character for character. Shashi Tharoor repeats his fanciful ideas of writing novels in another novel Show Business. Here again, Tharoor is more interested in recreating the studio sets and lingo rather than the intricacies of show business or the trials and tribulations of actors involved in it.

In his novel “The Everest Hotel” Allen Sealy provides elaborate description of months in Hindu calendar and seasonal changes that occur in the mountains in these months on one hand and the lives of people in living in the mountains on the other.

Raj Kamal Jha, the editor of India’s largest national newspaper, tries yet another trick in his novel The Blue Bedspread. In this novel, he introduces a narrator who is nameless, faceless and indistinguishable from the teeming millions of Calcutta and who ends up by declaring that he is the father of his sister’s son.
Obviously, the Indian novel in English has lost direction and is heading towards disaster. Earlier, R.K.Narayan chose to write about the surface life in a typical southern village with few characters and their limited activities. But he added local colour, wit and humour in his narrative and he had a clarity of purpose. It is for this reason that his novel ring true to life and are still readable. Mulk Raj Anand was moved by the plight of the down-trodden section of Indian society and wrote about it though with little regard for the niceties of language or art. Yet his fiction had a direction. Raja Rao’s meandering in philosophy had a fascination for the India readers. Following this trio, Anita Desai’s overwrought heroines, Kamala Markandaya’s depiction of poverty, Nayan Tara Sehgal’s political novels and R.P.Jhabala’s Chekhovian depiction of life in India have a sense of direction and purpose but one cannot say the same about novels discussed above.