“Give me a long rod and a place to stand, and I will lift the whole Earth”.

Archimedes while making the statement merely expressed the principle behind the lever action– a scientific principle expressed in literary terminology. The statement displays a confidence which comes out of a strong faith in the laws of nature as enunciated and understood by a rational mind. It reflected the fact that nature worked on certain well defined laws which were, in principle, knowable. Lever action was a reality, the principle on which lever worked was a reality and the confidence that came along with the knowledge of the laws was also a reality; his expression was meaphorical. The dawn of the ‘Age of Reason’ was certainly not very far.

“ We may regard the present state of the universe as the effect of its past and the cause of its future.” In short if we could know the positions, velocities, and forces on all the particles in the universe at one time, and thus know the universe for all times.

This displayed the same confidence in the laws of motion and causality which could accurately predict planetary positions and events such as eclipses, hundred or two hundred years ahead, the places where the event would be observable and the duration. The faith and confidence on the laws of planetary motion was real and unmistakable. The developments following this faith and confidence in the power of reason and logical deduction during the two thousand years has changed the world almost beyond recognition. The face of the planet too has witnessed a transition from simple human settlements to modern metropolis with skyscrapers, hundreds of thousand miles of multiple lane highways and giant industrial installations. Manmade objects fly and encircle the planet within a few hours. Man is in a position to probe the depth of oceans below and fathom the expanse of the space. And much of this has come only during the last three centuries.

The confidence of Archimedes and Laplace were not unfounded. However, certain other developments during recent times have gradually made inroads into the human thought. There have been significant paradigm shifts in scientific thought and in spite of all great advances, the science of today could not come up with a similar confidence in speaking about weather and we, in spite of all science and technology, cannot say: “Tell me the weather at this moment and I will tell you what it would be after ten days.” An eclipse can be accurately predicated hundred years from now but not the weather, and that too only ten or fifteen days from now. Many thought that with the advent of powerful super computers the day would not be far when weather too could be accurately predicted but it was not to be. And now men of science know that whatever be the level of development in computers and related technology weather will remain unpredictable. If that earlier confidence was real then this acceptance of the limit of predictability is no less so. Blaise Pascal nicely expresses the situation:

The inherent inability to predict the weather accurately is part of the limits and limitations of the scientific method. At the level of micro objects too there exists an inherent uncertainty which has nothing to do with the unpredictability of weather. Is this a defeat of science? The question is somewhat wrongly put. Scientific method tries to find out how the nature and its laws work. The same laws that govern the planetary motion fail to predict weather which should in principle be knowable. That is how nature manifests itself in its myriad forms. Weather depends upon the atmospheric conditions and is essentially a function of temperature, moisture, speed and pressure of air as dependent on position and time. All this, even though deterministic in principle, leads to glorious uncertainties, which is the subject matter of a new science of ‘chaotic dynamics’.  The long term behaviour of certain events which are (a) nonlinear and (b) recursive, may lead to wild uncertainties. The limitation of the deterministic scientific method under these conditions has resulted in a new and exotic science of chaos.

I often think of the uncertainties of the thought processes going on within our minds. The mind’s working at certain times may be quite predictable such as the planetary motion or eclipses. However under different circumstances it may be as uncertain as weather, it may become chaotic and the outcome of nonlinearity and unpredictability surpasses even the wildest imagination. What goes on in the mind of a single person as a function of time can be witnessed by looking at various minds simultaneously. That has been one of the roles of literature as described earlier  – to start from the acual and take us on a jpurney towards the possible. The great Indian epic ‘Mahabharata’  is the saga of possible states of mind typified by different characters in the epic. This is also true of innumerable Shakespearean characters. Each of us represents a complex superposition of the various characters in different proportions which itself may change with time bringing forth unexpected and totally unpredictable patterns and situations. In the battlefield Arjuna expresses his dilemma to Lord Krishna: “Mind is extremely turbulent, O Krishna, it’s almost unstoppable; to control it is as difficult as to control the wind.” Arjuna in modern times would probably have said,”Mind is as unpredictable as weather, O Krishna”.

The drama of life and living constantly enfolds and unfolds in myriad combinations and recipes. A seed is the enfolding of the entire structure of the tree; as it grows into a tree the reality is unfolded. The drama has relevance only if there is someone to observe. A drama before empty benches is not real because reality must be manifest in the act of observation. This is another matter that at times the actor and the observer may be one and the same person. This is mostly the case as regards the dynamics of our thought process. Philosopher-mathematician Rene Descartes is often quoted for his famous statement, “Ergo cogito, ergo sum” — I think hence I am. This sums up nicely the dilemma of life and mind. I think and hence I am, the statement looks a little strange. If I exist only then I can think. But why should thinking precede being. Is it not strange?  My being was the cause of my thinking ability. However without thinking my being will never be known. The mountain over there exists but only for me who can observe and think. Does the mountain know of its existence – does it exist for itself? Does the ocean know of its existence? Does the universe know?  Perhaps the universe knows as it is observing itself through its (human) eyes.

Erwin Schrodinger was a unique personality. Known for his great contribution to the development of quantum physics, and his winning the Nobel Prize, he had a many-sided personality. He was an artillery officer during the World War I. He was well versed in Sanskrit and had gone through Upanishads in fair detail. He was many in one, a superposition of various characters. A physicist of repute he made forays into the biological world. Reflecting on life, one of the best ever definitions comes from him: “Life is a joint venture between information storing genetics and energy transforming thermodynamics.” Consider a burning candle and look at its flame. It is a flow of matter and energy, deriving hydrocarbon from the wax and oxygen from the air, and continues to burn until the hydrocarbon and oxygen are available. It is full of life as it is born, grows and comes to an end. Consider a cyclone, also a flow of matter and energy, a flow in space and time. Both these examples are essentially full of life’s features except that they could not reproduce. If a flame could produce another flame it will be living.  Replication of a dynamic form of matter and energy – that is scientifically what life is, and an awareness of it is the mind. It is now well understood how the biological unit known as ‘gene’ is responsible for the transfer of all relevant biological information from one generation to the next. In the process there may occur accidental changes (mutations) that may lead to significant changes over a period of time. Seeking analogy with gene Richard Dawkins coined the word ‘meme’ for the unit responsible for cultural transformation.

A meme represent a whole concept, an idea or a pattern and is transferable as a unit.

Just as mutations (sudden and random accidental change in gene, the fundamental unit of life) can bring about vast changes in the biological world, mutations of ‘meme’ can bring about unanticipated changes in the concepts and notions and everything that goes with it. Just as a gene carries a whole set of information, the so-called meme carries a whole concept, a whole set of patterns with it. And it is known to wise men world over that human mind is good at making and using patterns.

Let us come back to notion of thinking and being. An ocean or a mountain exists for us because we can observe and think. They are givers, we are takers. They create conditions that produce entities like us. We produce waste polluting things around us. And why are we here, and for what purpose? Has nature created us to have a look at itself? Are we the eyes of the universe? Anthropic principle states something on these lines. To that extent it appears quite harmless. However, like Frankenstein man has evolved and used this evolution to the extent that its actions are becoming a threat to the entire biosphere that produced it.

The sage said, ‘Aham Brahmasmi’, and ‘Tat Twam Asi’. Am I not among the countless eyes of the universe? In fact, I am the universe. It is so nice to hear that. If all that is true then why is there so much turmoil? Why do we see around us so much pain, misery, injustice? Certainly pain and sufferings are not the only realities of existence. There is compassion and understanding and genuine concern too. There is beauty, love, poetry, music and literature too. Science defines life genetically and thermodynamically.  However, it is not meant to be lived philosophically. It is meant to be understood and appreciated through the emotions and feelings that characterize life. These all are beyond the domain of science. It is the artist, the litterateur and the poet that has to step in and do the job which provides substance and meaning to life and living. 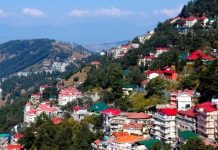 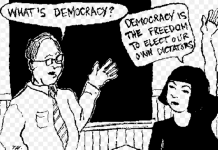 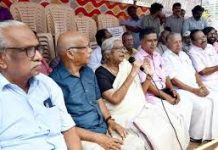