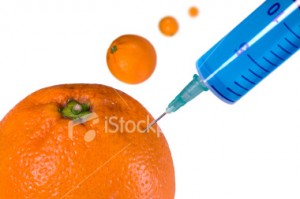 The shocking murder of additional collector Yashwant Sonawane has deeply anguished the duty conscious civil service community.  Adulterators have become so powerful that they are able to kill a duty conscious civil servant in full public glare.  Adulteration is not new to our society, and there have been many instances in this regard over the years.  Take for instance the case of spurious drugs that were sold in Chennai.  Adulteration has grown into monstrous proportions, and there is no full proof mechanism to prevent such kind of illegal activities.  Food adulteration, and for that matter any type of adulteration should be stopped at any cost.  The practice of injecting chemical substances to ripen the fruit has caught the attention of many people.  Even though they are practiced day in day out, there is no mechanism or legislation to prevent such kind of acts.  Adulteration has grown in terms of business volumes and people behind this go to any extent to achieve their ends.  It’s beyond the control of governments.  Only alternative to this problem is to protect ourselves, and consumers should be aware of certain tips to check the purity of the purchased content.

In certain cases brick powder is mixed with chilli powder, and consumers will be able to find the difference by mixing this powder in the water.  The brick powder will settle at the bottom of the bowl.  Honey is a major source of adulteration as sugar mixture is added.  Whether the honey is adulterated or not can be found out by immersing a piece of cloth, and by burning the cloth people can find out if honey is adulterated or not.  If the honey is adulterated it will make a crackling sound.  Time and again we have seen that adulteration has taken a firm root in our society.  Most of the silver foils that are used in wrapping chocolates are made out of aluminum.  This is a dangerous trend, and should be checked with a wholehearted effort

Food adulteration is a major cause of concern and this issue has rocked the parliament and very often the punishment meted out to adulterators is not of much significance.  There have been various debates in this regard in the parliament, but no action has been taken so far.  Statistics have shown that adulterators go scot free on various occasions.  They get away easily, and nongovernmental organizations have a role to play to make consumers more aware of their rights.  Shortage of laboratories and lack of numbers on the part of government has hit the people hard.  Severe punishment must be given to adulterators, and if necessary death penalty should be awarded incase death takes place.  During festivities adulterators are in full attendance, and this is a disturbing trend.  Those who are charged with adulteration were acquitted due to delays by the prosecuting agencies.

The food adulteration act in India is woefully inadequate, and stricter laws should be passed to curb the menace of adulteration.  India should take cue from china, and there are lessons to be learnt in this regard from one of our main competitors.  According to statistics more than 3, 00,000 children in China fell sick, and more than seven children died after they consumed adulterated milk powder.  A harmful chemical substance called melamine was found in the powdered substance.  China’s image took a beating in the global arena, and this episode seriously tarnished the image of the Chinese government.  They acted swiftly and executed three people in this regard in 2009.  After this incident, the Chinese government gave discretionary powers to judges to award maximum penalty for adulterators including death penalty.

There are lessons to be learnt in this regard from our Asian neighbors.  They have taken a right step in this regard and India should and must follow this cue to save its people from the clutches of adulterators.  Consumers have to be aware of their rights, and nonprofit organizations should play an active role in this regard.  They should run their campaigns to benefit the consumers and make sure that incidents of adulteration are reported in the media.  Adulterators are ruling the roost in India, and this will have a cascading effect on consumers.